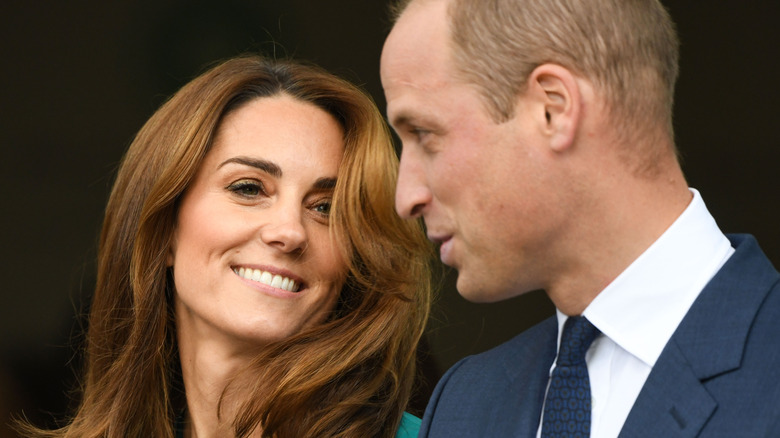 Prince Willian and Princess Kate are currently enjoying a tour of Scotland, and while the rolling green hills and beautiful historic castles are undoubtedly providing a lovely and enjoyable time for the royal couple, a recent video call they shared with actors Emma Thompson and Emma Stone, stars of the upcoming Disney film “Cruella,” provided plenty of laughs (via Daily Mail). The couple joined in on the call just before attending a drive-in screening of the movie honoring National Health Service workers in Scotland (via People). William and Kate had arranged for the workers and their families to see the new movie at the Palace of Holyrood two days before the film’s national premiere date.

Emma Thompson, 60, has been longtime friends with William’s father, Prince Charles, and so she’s known The Duke since he was a small child. As such, it seemed perfectly natural when she began the call on a personal note, saying to William, “Nice to see you, Darling.”

The royal couple had lots of laughs 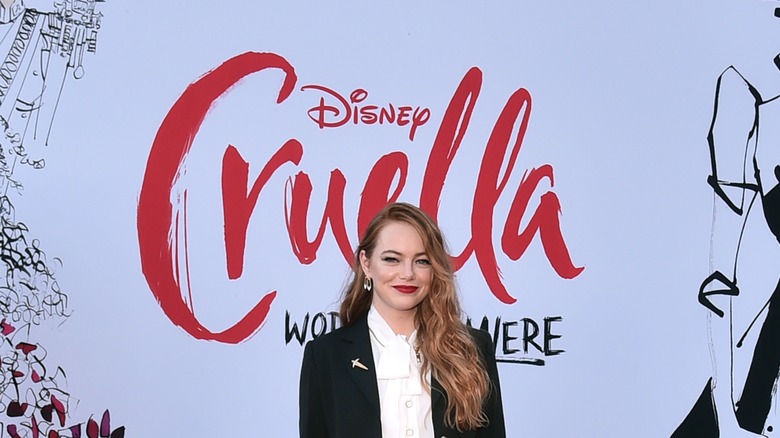 Kate then asked Emma Stone what it was like filming scenes for “Cruella” in London, to which Emma replied with a story about riding a motorcycle outside Buckingham Palace (via Daily Mail). “I was riding a motorcycle around The Mall,” Stone told The Duchess. In response, William joked, “‘We should have had you stopped, Emma, it’s very dangerous.” Laughing, Emma replied, “I know…I really got away with it. It’s incredible” (via People).

The group also got some laughs out of the costumes Thompson wore on set. The actress joked that many of the more wild 70’s styles she donned in the film were actually quite familiar to her. “I kept looking at all the frocks and thinking, ‘I think that’s mine. I’m sure I’ve worn that,'” she joked. “You won’t remember,” she said to both her younger co-star and the royal couple, “because you’re all too young.”

The royal couple also thanked Stone and Thompson for allowing them to screen the movie early in celebration of Scotland’s healthcare workers after a year of unprecedented challenges in the field.