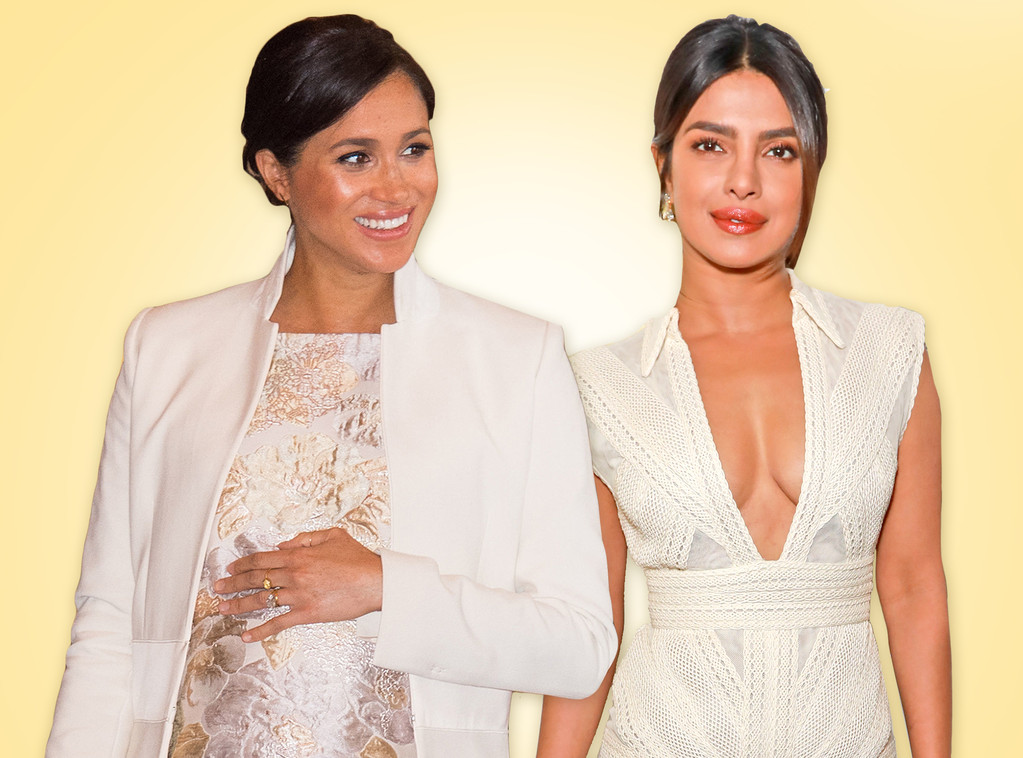 Feud? What feud? Priyanka Chopra has nothing but nice things to say about her longtime “stunning” friend Meghan Markle, and is one of her biggest defenders.

Since her relationship with now-husband Prince Harry was made public in 2017, the Duchess of Sussex, who is of mixed race, has drawn racist and otherwise insulting online remarks by trolls—which recently prompted the royal family to make the decision to start deleting some comments off their Instagram accounts.

In addition, over the past year, Meghan, 37, has also often come under fire from the press, who have published multiple unflattering reports about her, namely about her alleged “difficult” behavior.

Priyanka, 36, told the Sunday Times that the media criticism of Meghan is “really unfortunate,” adding, “But if there’s anyone who can handle it, it’s her.”

When asked if she thinks it’s rooted in the inability of some to accept a biracial woman at the heart of the monarchy, Priyanka told the newspaper, “For sure, 100%. Of course it has to do with racism, it’s an obvious reason. But the beauty of Meg is that she’s been herself through all of this. A lot of people got to know her after everything [once she started dating Harry], but I knew her before and she’s the same chick.”

“Now that she’s got a real platform, she talks about the same things she always did,” Priyanka continued. “We spent hours speaking about the difference that influence and dialogue can make to the world before this whole thing happened, so what you see now is authentically her. She’s always been the girl wanting to move the needle.”

Priyanka made her comments following months of rumors of a feud between her and Meghan, sparked in December after the duchess, who was pregnant with baby Archie Harrisonat the time, did not attend the actress’ wedding to Nick Jonas in India. Priyanka dismissed the rumors on Watch What Happens Live With Andy Cohen in March. However, they persisted, even after she took to Instagram in May to congratulate Meghan and Harry on the birth of their son.

On Thursday, Priyanka and Nick were photographed together in London and The Sun reported that day that the two visited Meghan and Harry and their baby and even gave him gifts from jeweler Tiffany & Co. The actress denied the report.

In her interview with the Sunday Times, Priyanka opened up about her friendship with Meghan. The two met at a women-in-television dinner a few years ago and found that they share similar interests, such as activism, feminism and race.

“We just connected on how we see the world and as girls,” Priyanka said. “Meghan is such a progressive, modern girl. She’s what the world is today—a self-made woman who looks like each one of us. I mean, she’s stunning. But she is so completely herself.”