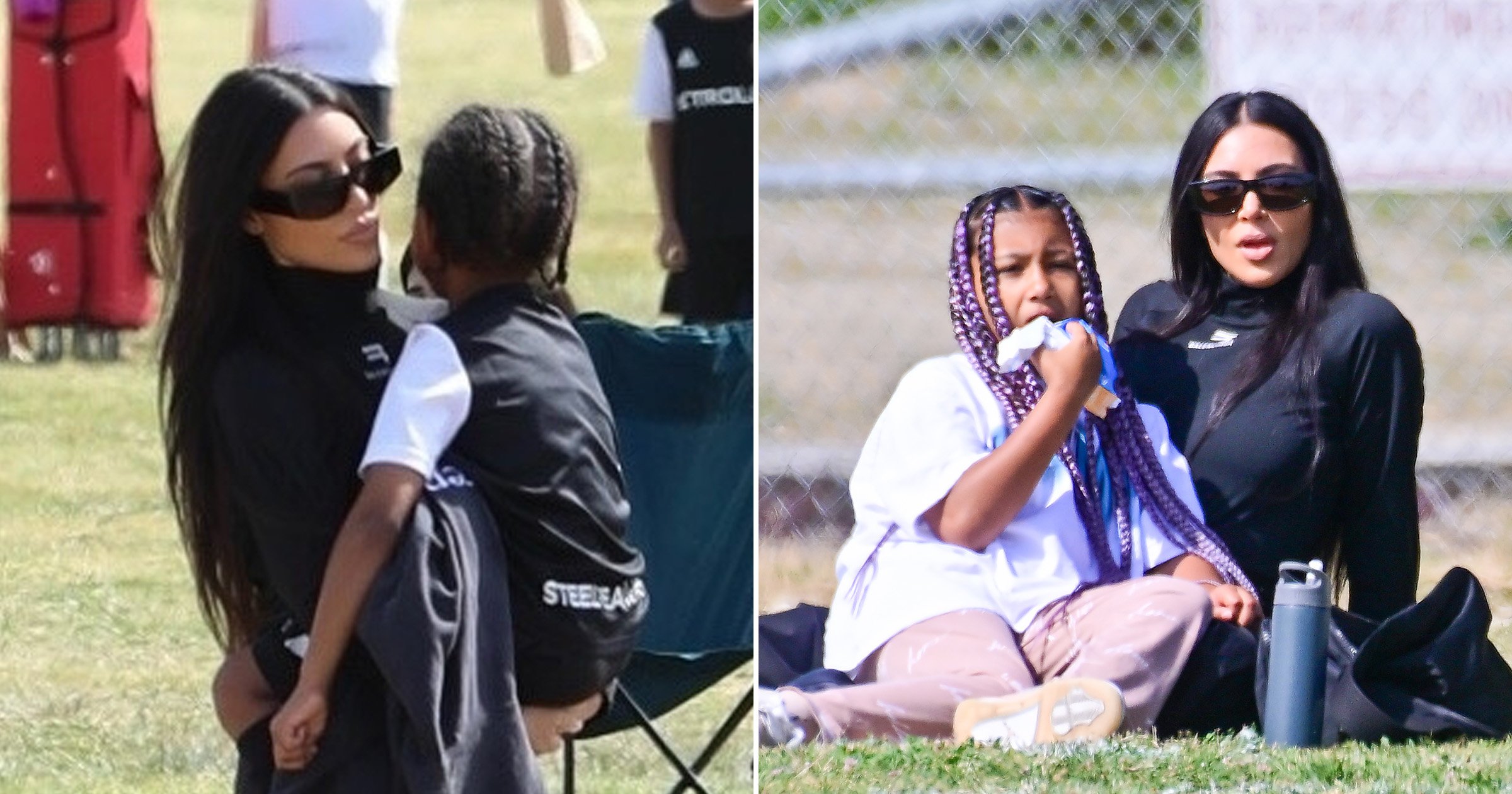 Kim Kardashian has been spending quality time with her children as she and daughter North attended son Saint’s soccer game.

The reality star and businesswoman, 41, was the picture of a proud mum as she watched six-year-old Saint from the sidelines, looking as glam as ever in an all-black outfit.

Kim stretched out in a black Balenciaga top, combat trousers and shoes for the outdoor game, donning large dark glasses to shield her eyes from the LA sunshine.

She wore her silky locks long and loose down her shoulders as she avidly kept an eye on the kids’ game.

While soccer-mom Kim proudly looked on at her son, eight-year-old North played the part of a slightly bored – but probably proud, deep down – big sister.

Her hair in cool purple braids, North cuddled up to her mum as they sat on the grass to watch the game.

The family outing ended with Kim treating Saint to an ice lolly and a cuddle after his game, holding her son’s hand as they left the pitch.

Another sweet photograph showed Kim holding her daughter’s hand as they arrived at the Los Angeles pitch to support Saint.

The Keeping Up With The Kardashians star was also seen carrying a tired Saint in her arms as they headed off for the day.

It comes as Kim’s sister Khloe was forced to defend herself after being accused of carrying her four-year-old daughter, True, ‘too much’.

The pair have been separated for several years, with Kim officially filing for divorce from the rapper in February 2021.

Since then the former couple’s grievances have at times spilled out on to public forums, particularly Kanye’s anger at Kim’s new romance with Saturday Night Live comedian Pete Davidson.

The rapper was temporarily banned from Instagram not long after he posted a series of rants against Kim and Pete, including one where he declared Pete would ‘never’ meet his children.

Kanye is reported to have since promised Kim he would go away to seek help, and recent photographs show Pete taking North on a spin around a gated community, meaning he has since met at least one of the Kardashian-West children.