Rachel Riley, 33, surprised her co-host Nick Hewer, 75, when she spotted a movie related word in the letters round of Countdown yesterday. The presenter’s suggestion came after contestants had to search for the longest word they could find within the letters MAIOBLTEB. The Countdown hopefuls managed to find a six and five letter word from the puzzle. However, Rachel emerged victorious with a nine letter word, which quickly prompted the studio audience to burst into laughter when it was revealed.

Nick noticed the word assembled on the board and suddenly exclaimed: “You didn’t!”

The pregnant TV personality couldn’t contain her glee as she excitedly replied: “Yes”, while standing beside the word “Batmobile.”

She continued: “It’s got to be in the dictionary, surely.

“Of course it’s not, but it’s great, Batmobile!”

Fortunately, Nick decided to ignore the Countdown rules on this occasion as he joked: “Well we don’t care, it’s brilliant!” 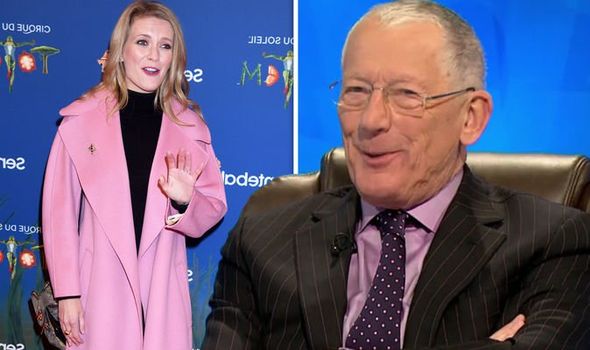 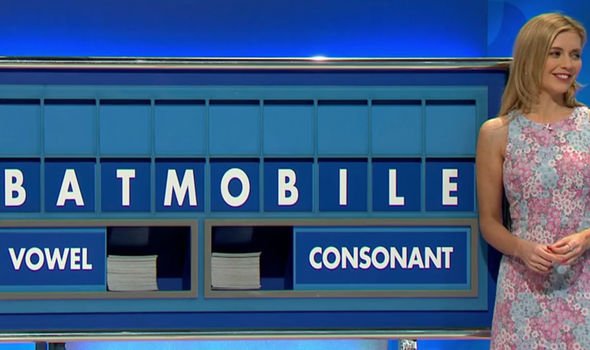 The former Strictly Come Dancing contestant revealed the news in view of her 391,000 followers with a photo of herself cradling her tiny baby bump in the Countdown studio on Instagram.

She captioned the adorable snap: “Pash and I have a conundrum for you…

“You have till December to work it out! We’re over the moon excited.”

Rachel posed alongside the famous Countdown board which featured letters reading “R TINY MATE”, an anagram of “maternity”. 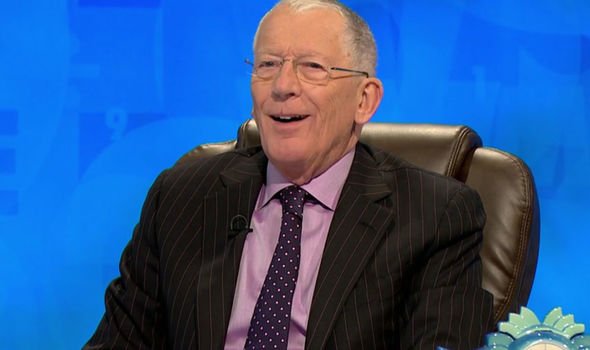 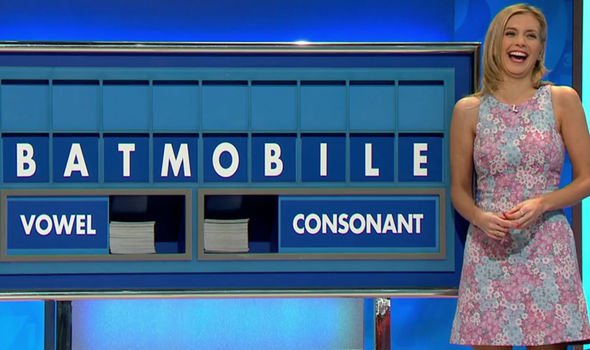 Elsewhere, the presenter shared her new vegan food discovery on the Channel 4 programme.

The conversation ensued when Nick complained to Rachel about BBQs at the beginning of the show.

He said: “All these BBQs in the back garden fired up by people who ruin perfectly good sausages and chops and the rest of it, I think it’s awful.”

Addressing his co-star’s vegan diet, Nick asked Rachel: “What about vegan BBQs? I suppose you can have beautiful vegan BBQs.”

The blonde beauty replied: “Yeah I’ve recently discovered vegan halloumi, which tastes like halloumi and it’s lovely, very nice, not quite as good as normal halloumi.”

She then went on to explain why she has to stay away from the cheese, adding: “But my belly can’t take that so I’ll stick with the vegan stuff.”