Mourning her husband. Joy Philbin spoke out on Wednesday, July 29, following the death of her husband, longtime host Regis Philbin.

“He let everyone into his life,” Joy, 79, and daughters Jennifer and Joanna told People magazine. “He turned every little daily annoyance and happiness into a story, and he shared all those little stories with people in a joyful and conversational way. It made his audience feel like they were right alongside him — because they were.”

Regis died on Friday, July 24, at age 88, his family revealed in a statement on Saturday.

“We are deeply saddened to share that our beloved Regis Philbin passed away last night of natural causes, one month shy of his 89th birthday,” the statement read. “His family and friends are forever grateful for the time we got to spend with him — for his warmth, his legendary sense of humor, and his singular ability to make every day into something worth talking about. We thank his fans and admirers for their incredible support over his 60-year career and ask for privacy as we mourn his loss.” 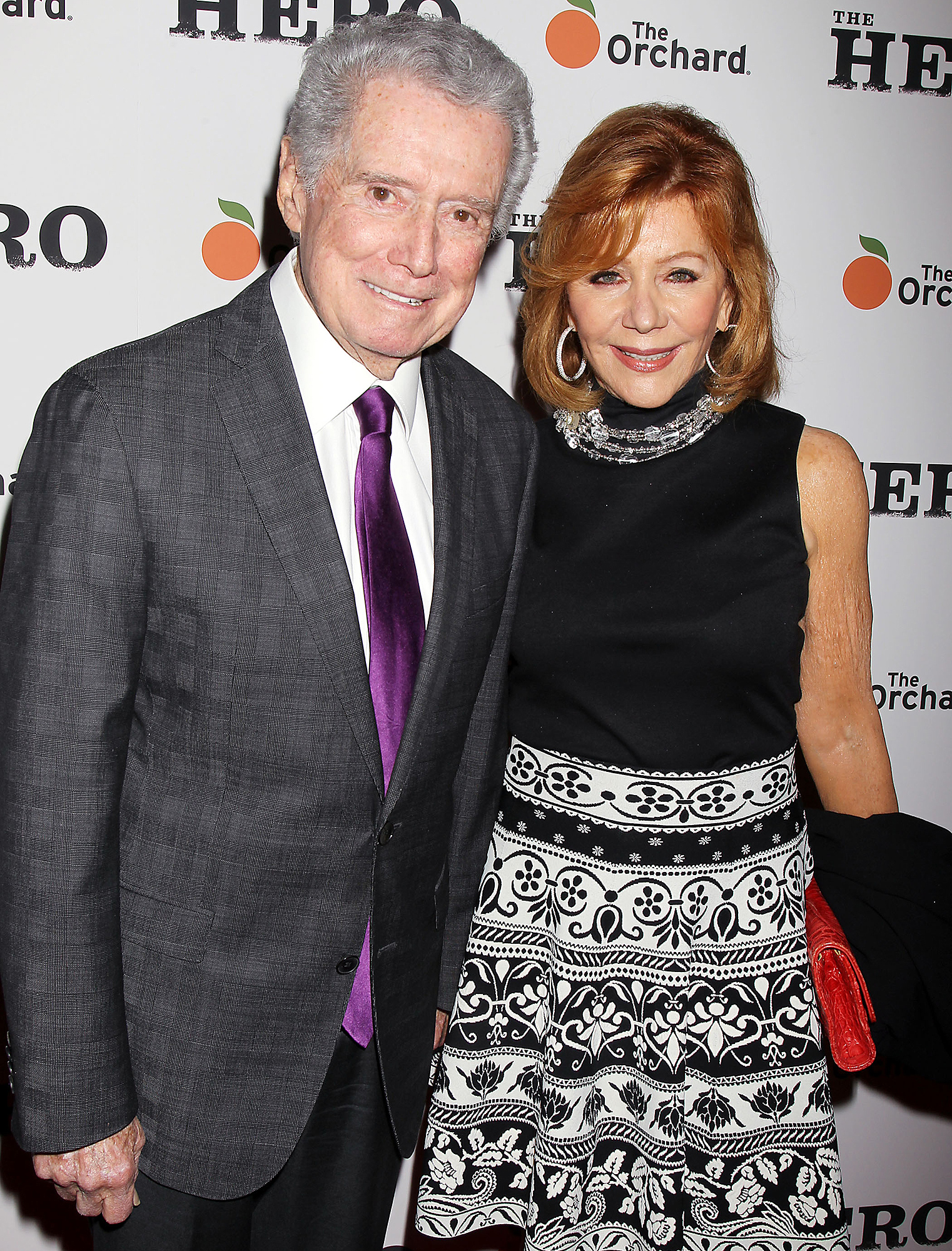 Kathie Lee Gifford, who hosted Live with Regis and Kathie Lee (originally titled The Morning Show) from 1985 until 2000, joined the Today show on Monday, July 27, and opened up about the last time she saw her friend before his death, sensing “more fragility” in him than usual.

“After they left [my place in Tennessee], I just thought to myself, ‘Lord, is that the last time I’m gonna see my friend?’ Cause he was failing, I could tell,” she recalled. “I then called, of course. I don’t know, something told me the other day when I was in Tennessee, ‘Get on a plane and go home. Get on a plane.’ I didn’t know why, but I had learned to listen to that voice. I got on the plane, came home and immediately heard the news about Regis.”

The 66-year-old host noted that she drove over to visit Joy on Sunday, July 26, with “every gift wine I had to give to her and the girls.” They then spent time reminiscing and going through photos.

The actress also opened up about her relationship with Regis on Saturday in an emotional Instagram tribute.

“There are no words to fully express the love I have for my precious friend, Regis. I simply adored him and every day with him was a gift. We spent 15 years together bantering and bickering and laughing ourselves silly—a tradition and a friendship we shared up to this very day,” she captioned a still of the pair. “I smile knowing somewhere in Heaven, at this very moment, he’s making someone laugh. It brings me great comfort knowing that he had a personal relationship with his Lord that brought him great peace. I send all the love in my heart to Joy, to his children, to the rest of his family and to the innumerable people he touched over his legendary life. There has never been anyone like him. And there never will be.”