Costume drama has never been the same since Andrew Davies sexed things up with Mr Darcy and that wet shirt.

Now no period piece is complete without a cast of hardbodied actors, an edgy soundtrack and the sense that the only thing preventing everyone from diving into the trifle together is the gimlet eye of a maiden aunt and the fear of being late for croquet.

But who cares? The tension between stiff social convention and untidy human emotions makes for such a deliciously addictive, wonderfully escapist genre, especially in these gloomy times. 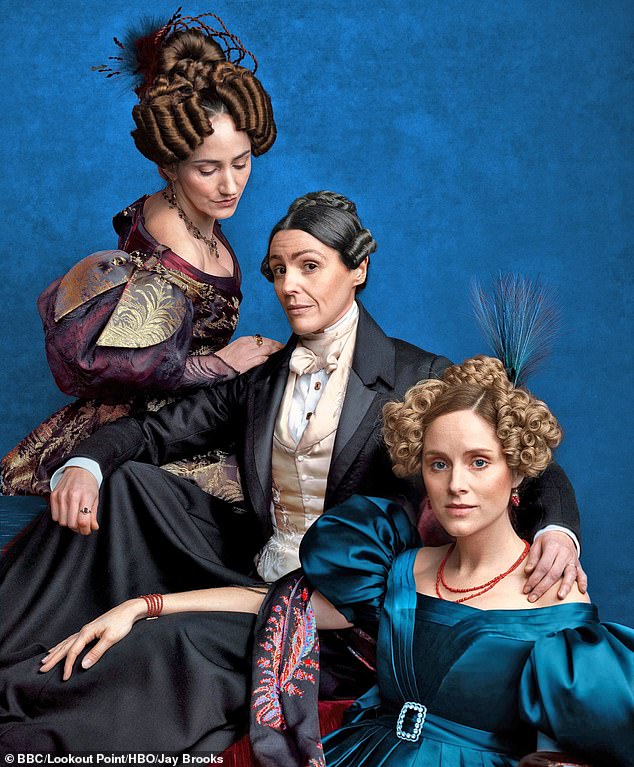 Is it any wonder that shows like Bridgerton, the ultimate Jane Austen for the Instagram generation, are such a success?

No matter that, essentially, it’s always the same old story: soulmates thwarted by prejudice, class or just everyone getting the wrong end of the fish knife; it’s a show’s ability to cast the same escapist fantasies in a new or eccentric way that matters.

Eccentric is certainly one way to describe Suranne Jones’s performance in Gentleman Jack, now back for a second series. It’s 1834 and Anne Lister, our fearless heroine, having exchanged vows with her young lover Ann Walker, is busy making arrangements so the pair can live together, as wife and wife, in her ancestral home.

While Walker wafts around in pastel silks sketching ladylike landscapes, Anne dashes around barking instructions and generally scaring the horses. There is a lot of striding. Up hills, into people’s houses, through courtyards, across fields, all at breathtaking speed.

No wonder the woman’s as slim as a whippet, she barely sits down. And when she does, she makes sure to plant her legs wide, or hook an ankle over her knee.

Honestly, she makes Flashman look like a bit of a shrinking violet.

Everyone else – from her adoring sister to her doddery old father (Timothy West) and a seemingly never-ending supply of hat-doffing, curtsying extras straight out of Central Casting – is in awe of her dynamism, save for an imper­tinent groom, who is swiftly dispatched. It is, to put it mildly, quite full-on. Not to mention thoroughly implausible.

Of course, part of the fun of modern costume drama is that it often suspends belief like this, overlaying contemporary sensibilities on period ones. Bridgerton also does this very successfully, not least through its colour-blind casting.

Still, it’s a stretch even for the most ideolo­gically up-to-date among us to imagine a lesbian openly swinging around 19th-century Halifax with a cane and a top hat receiving such a rapturous reception as Gentleman Jack.

There’s no doubt that the real Anne Lister, on whose diaries the series is based, was a formidable woman for her time. But there are moments when Jones’s character feels too out of place for the period.

The other slight problem is that Jones’s performance is so forceful she obliterates almost everything else. The other characters seem insipid by comparison, struggling to make any real impact (the only real exception is Sophie Rundle as Lister’s lover, who looks to have grown a bit of a spine since we last saw her).

As a result, the show feels a little one-dimensional. Even the redoubtable Stephanie Cole, dressed as a living doily, quaking in jowly disapproval in the role of the obligatory bigot, struggles to make much of an impact.

It takes a lot to put old Mrs Featherstone in the corner. But somehow, Jones manages it. 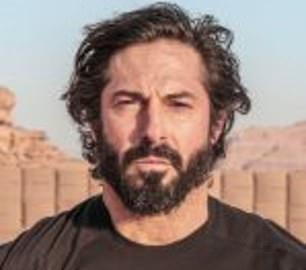 Sarah says new commander Rudy (pictured) in SAS: Who Dares Wins should add Magic Mike to his list of influences

Explosions! Clenched jaws! Biceps! The opening credits to SAS: Who Dares Wins (Sun, 9pm, Ch4), the series that puts hapless recruits through their paces, are so over the top as to seem almost comical.

‘I want the recruits to learn through pain,’ growls new commander Rudy (above). ‘Bruce Lee, Rambo, Wolverine: they were my father figures.’

Later, he strides around his tent with his top off, flexing his pecs. Perhaps he should add Magic Mike to that list. 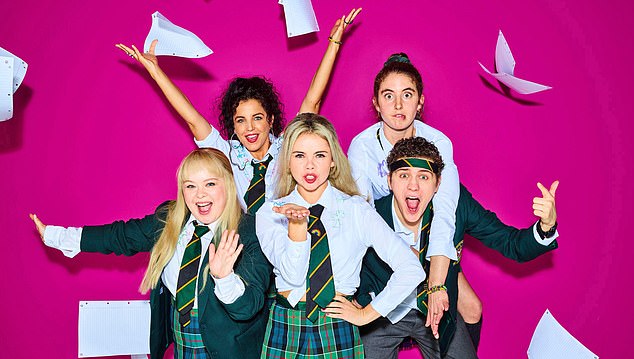 Why, Nicola Coughlan, of course, who when not scribbling away as Lady Whistledown for the delight of The Ton is to be found causing a ruckus in the corridors of Our Lady Immaculate College.

On the surface the two roles couldn’t be more different; when you think about it, though, they’re actually quite similar in that both involve causing chaos at every turn.

The new series is the third and last outing for the girls, which is a shame but probably inevitable given Coughlan’s now A-list status, not to mention the fact that, aged 35 (although she really doesn’t look it), there’s probably only so much longer she can realistically play the part of the naughty schoolgirl. Still, it’s been a huge success, and deservedly so.

For the first episode of this last series, we even had an A-list cameo: Liam Neeson, no less, who proves that not even a former Jedi Master is a match for Derry’s finest.