So, erm, if you’re wondering how Shanna Moakler feels about her ex Travis Barker and Kourtney Kardashian’s 2021 Halloween costume, the answer is…not great! Kourtney and Travis dressed as characters from their favorite movie True Romance (complete with a whole elaborate photoshoot) this year, but the thing is…True Romance also happened to be Shanna and Travis’ favorite movie when they were together.

Shanna went ahead and posted her own Halloween costume to Instagram, and while she was at it responded to several fans in the comments who have feelings about Kravis. In response to one follower who said it was “odd” that Kravis are bonding over True Romance when it was “you and his thing when you were married,” Shanna said “it’s like an episode of Punk’d 😂” 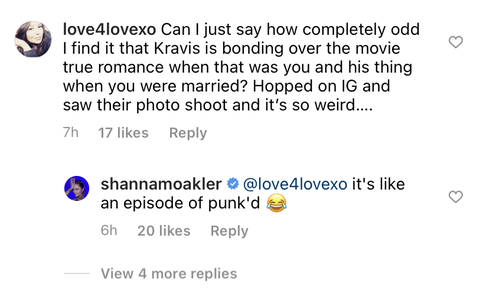 She also responded to someone defending Travis by mentioning that he named his daughter Alabama after the movie, saying “I’m pretty sure WE named my daughter 😂.” 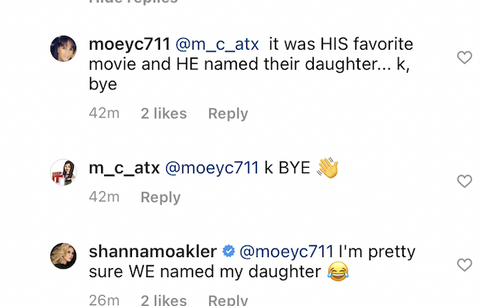 And in response to another follower who asked why Kourtney and Travis are so “obsessed” with her, Shanna said “the whole thing is embarrassing at this point.” 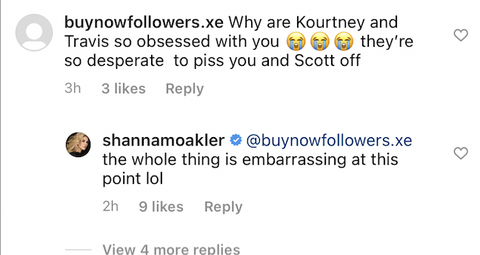 Oh, AND she went ahead and posted a cryptic musing to her Insta Stories, writing “You flexing, I am living. See the difference? You are trying to impress, I am trying to progress. The focus is different.”

FYI, Shanna previously made it more than clear how she feels about Kravis’s love for True Romance. Back in May of this year, she told People, “The movie, True Romance, that I feel like they’ve been bonding over was the theme of our wedding. Our daughter’s named after the character in the movie. Flying banners overhead like we did on Meet the Barkers. Stuff like that…I just think it’s weird.”