Another celebrity taking aim at Taylor Swift. Kid Rock is the latest to go after the pop star, but his beef with her is due to her increase in publicized political opinions.

“Taylor Swift wants to be a democrat because she wants to be in movies….period. And it looks like she will suck the door knob off Hollyweird to get there,” the 48-year-old singer tweeted on Friday, August 9. “Oldest move in the book. Good luck girl. –Kid Rock.”

Swift, 29, has been more vocal about political issues in recent months. Her new attitude began in October 2018 when she endorsed two Democratic candidates in her home state of Tennessee for the midterm elections. “In the past I’ve been reluctant to publicly voice my political opinions, but due to several events in my life and in the world in the past two years, I feel very different about that now,” she wrote on Instagram at the time.

The Grammy winner told her followers that she “always [has] and always will cast my vote based on which candidate will protect and fight for the human rights I believe we all deserve in this country.” 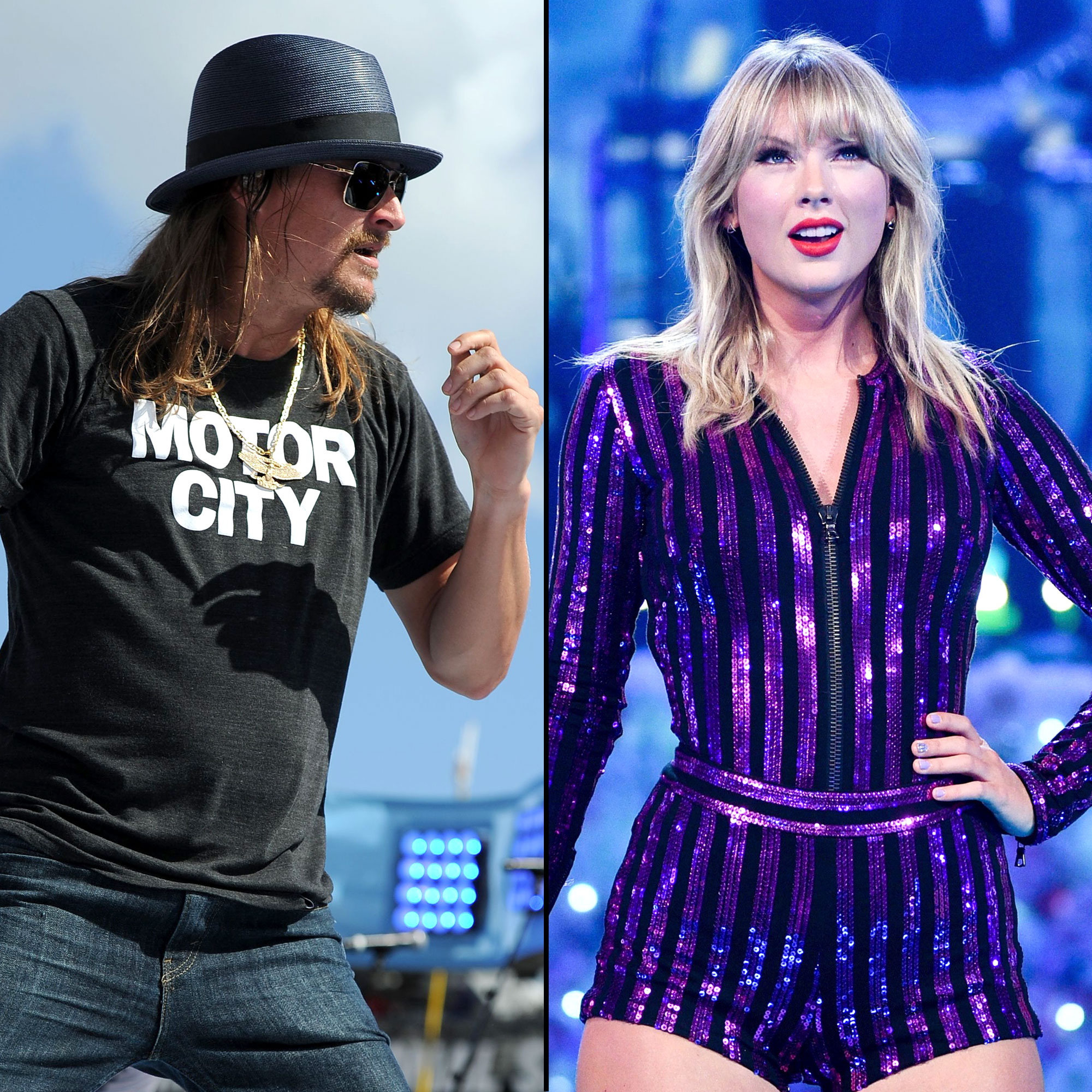 Swift’s single “You Need to Calm Down” from her upcoming album, Lover, served as a call to action for LGBTQ equality too. “Why are you mad when you could be GLAAD? / Sunshine on the street at the parade,” she sang in the track, which dropped in June. “But you would rather be in the dark ages / Makin’ that sign must’ve taken all night.”

The “Me!” songstress is also gearing up for a starring role in the theatrical adaptation of Cats. She will play Bombalurina in the December film, which is based on the Broadway musical of the same name.