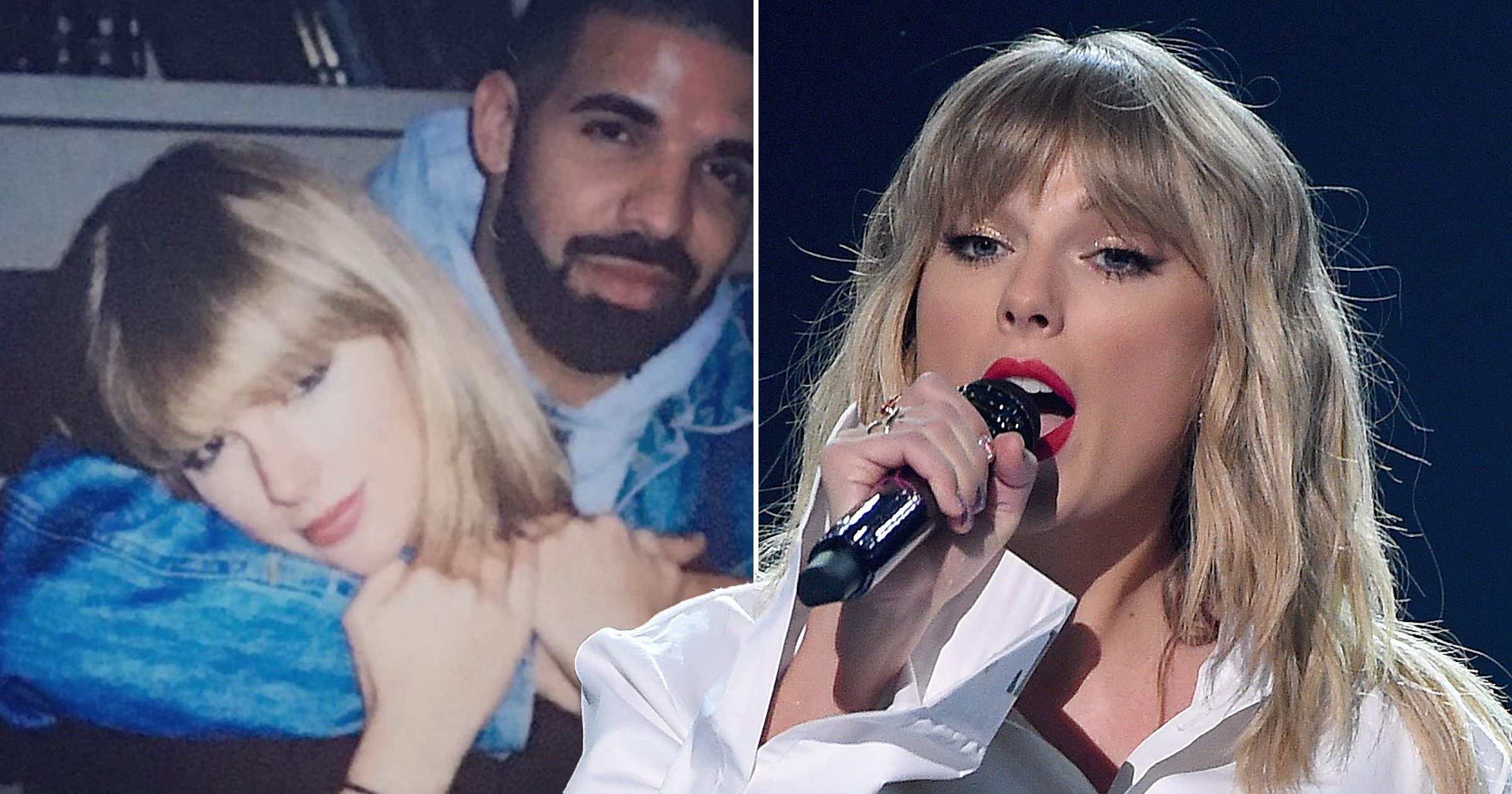 Taylor Swift fans are losing their minds as they are convinced a collaboration with rapper Drake is on the way.

The Swiftie fandom is almost always working on theories about new music, being totally unable to trust the singer after she dropped not one, but two surprise albums in 2020.

Now the rumour mill has gone into overdrive once again as theories spread like wildfire that Taylor and Drake are teaming up for a new song.

And fans haven’t exactly pulled this theory out of thin air, either – this one can be blamed squarely on God’s Plan rapper Drake.

The musician took to Instagram on Tuesday where he shared a number of photographs, including of his young son Adonis, the beach at the sunset – and a throwback photo of him and Taylor cuddled up close together, taken around 2016.

He captioned it: ‘They too soft to understand the meaning of hard work.’

Fans understandably began freaking out, with one particularly stressed out person taking to Twitter to share a popular The Sims reaction image of a baby on fire while its mother sits at a computer, along with the caption: ‘not now honey drake just posted with taylor swift.’

Many, many Swifties took the throwback pic to mean Taylor and Drake were planning a collab together, with hundreds flocking to social media to share their theories.

One massive fan pointed out that the last time Drake and Taylor shared a photo together was in 2016, after Taylor had released her popular 1989 album.

Therefore, they said, it was clear that the new photos meant ‘1989 [Taylor’s Version] IS COMING WITH A DRAKE COLLAB.’

Another tired Swiftie said the fandom was ‘doing so good with no theories this week’ until Drake posted the photo ‘enabling’ them, with one agreeing Drake had ‘pulled [them] back into the circus’ with the snap.

‘The world needs a drake and Taylor swift song at this point,’ another said, sharing photos of the pair from down through the years, while another agreed their collaboration is ‘A MUST’.

One Twitter comedian joked that ‘we should all be scared’ that the two songwriters could be teaming up for new music, with both known to pen some fairly devastating heartbreak lyrics.

Last year, the singer released the re-recording of her renowned 2012 album Red, which included a 10-minute version of All Too Well, which was reportedly initially penned about ex Jake Gyllenhaal.

Two years after the original Red, Taylor released 1989, which features the absolute bangers Wildest Dreams, Style, Shake It Off and more – and there could definitely be room for a Drake collaboration should Taylor re-record the number one album.

As if that’s not enough, Taylor recently teamed up with megastar Ed Sheeran for a new song, 10 years after the pair released 2012 track Everything Has Changed.