It started on Monday, October 7, when Sorbello, 33, took to social media to address cheating rumors. “There is no cheating, there will never be any cheating for the rest of our lives,” she said in the video. “We’ve always been in an open relationship. We are in an open relationship now. So he can do and say and like whatever he wants and so can I. The end! We’re happy. At the end of the day, the only happiness that matters is me and him, and we’re happy.”

The next day, Calafiore, 30, claimed on his Instagram Stories that the pair had split. “It’s been a long time coming but Cara and I have decided that it’s probably best that we go our separate ways and that we are friends,” he said in his video on Tuesday, October 8. “We have the utmost respect for one another and wish her all the best. … It’s not easy but sometimes people are better off as friends and that’s just how it is. We will be OK. We still have each other’s backs so it’s no big deal. That’s all I have to say. See you guys.” 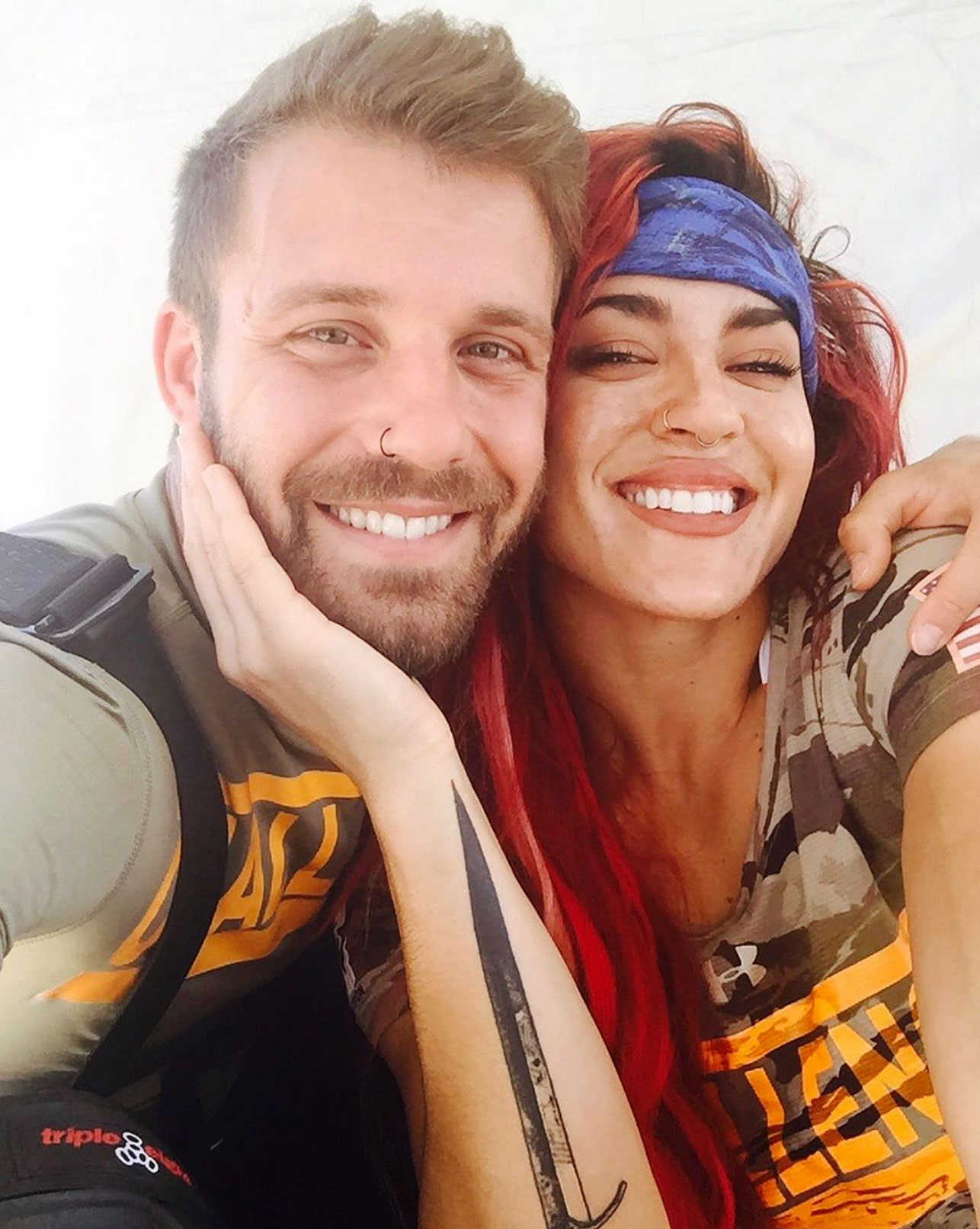 However, the entire thing was fake. In fact, they sat together while filming the videos, as shown in the exclusive video above. Us Weekly reached out to the pair at the time of the videos, but they revealed it was all a plan. On Wednesday, October 9, the pair shared the news with the rest of the world: The entire thing was a “social experiment.”

“We have been through a lot. In the beginning, he had many outside influences telling him I was no good for him, I was using him, I’m a whore and will move on fast,” the two-time Challenge winner told Us exclusively on Friday, October 11. “I had people in my ear saying Paulie was just using me and that he would drop me like nothing once he got what he want. On both ends, these people had their own best interests in mind. This created a quiet distrust between us from the beginning.”

She then explained that when the “incident” happened in December — Sorbello found out he was still talking to and seeing ex Danielle Maltby — the pair briefly split, but then only got closer after talking everything through. 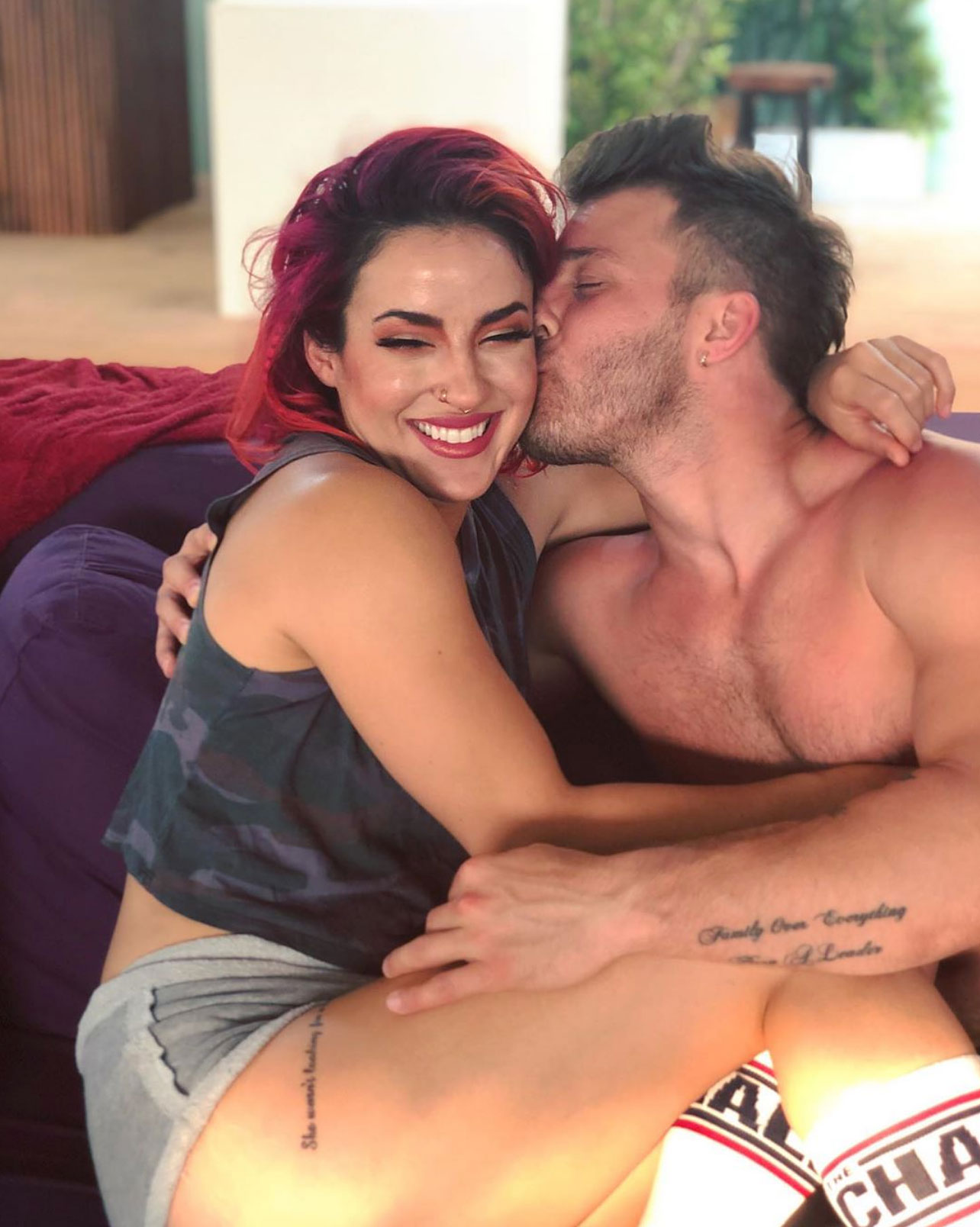 “Here we are today, after everything we have been through, still together — and only we know what that means. Trolls will analyze every single post, like, comment and follow and try to make them fit in where they want,” Calafiore said. “They want us to split. They want to be right so bad. So, we fed them a few days of acting to see where they would take it. Turns out, some took our bait, hook, line and sinker. They only proved our point. People will always find what supports their own personal narrative but that fact is that they will never know the truth.”

The Champs vs Pros winner noted that the experiment was the couple’s “reality check to the world,” proving that in today’s social media world, “if you get a large enough group believing a lie, it becomes a fact.” Overall, the couple wants to change the “toxic cancel culture,” hoping that their followers will stop spreading negativity without facts or doing the research. Instead, spread positivity.

“From here on out, we are only going to address the love that comes our way. We have learned that a million people can look at the exact same thing and all come out with different interpretations,” the pair added. “The things they look at stay the same; the interpretations are based on the individuals’ own life experiences. That isn’t our burden anymore. We are free now. We proved our point. We are letting the negative go, and we couldn’t be happier.”