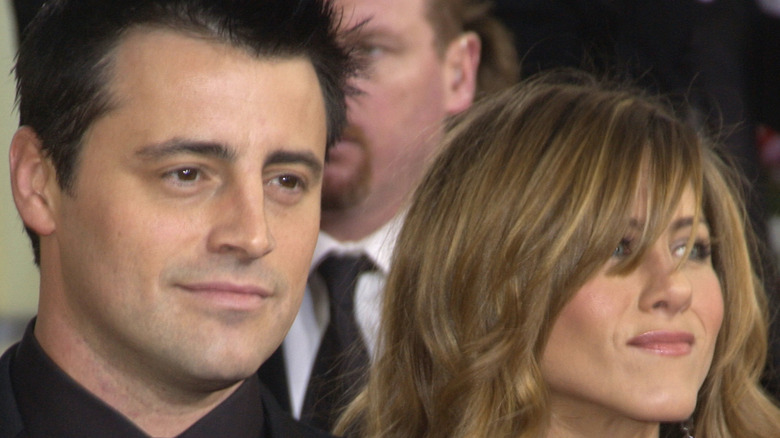 “Friends” is one of the most beloved and iconic shows in television history. The show ran for 10 seasons on NBC, and gave viewers some of the most memorable TV moments of all time (via Chicago Tribune). From Joey wearing all of Chandler’s clothes, the gang playing a hilarious game of football on Thanksgiving, and competition in a trivia game with high stakes, the show never seemed to disappoint. While there were plenty of laugh-out-loud moments in each episode, there were also some very heartfelt scenes that would leave fans crying through their laughter. Ross and Rachel’s first kiss is one such event. Chandler and Monica’s marriage proposal is another. Of course, Phoebe’s wedding, as well as Ross and Rachel’s sad breakup offered more tear jerking scenes. In addition, Monica and Chandler’s infertility storyline was another reason to grab the tissues. The cast recently re-lived many of the show’s epic moments during the “Friends” unscripted reunion special on HBO Max.

In addition to sharing the many things that they loved about the show, and the experience they had working together, one cast member revealed something he didn’t like about filming the series. David Schwimmer, who played Ross Gellar on the show, admitted that he didn’t care for working with the monkey who played Ross’ pet Marcel (via Screen Rant). Schwimmer admitted that the animal would often mess up the actors’ comedic timing while filming and that he ate grubs while sitting on his shoulder. However, there may have been another storyline that the cast didn’t like. 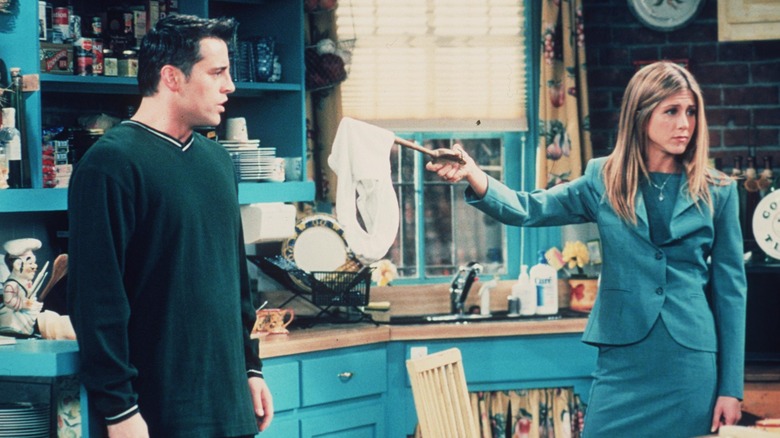 According to E! News, the “Friends” cast reportedly felt very strongly about one particular storyline in Season 9 of the series. When Matt LeBlanc and Jennifer Aniston’s characters, Joey and Rachel, began to embark on a romantic relationship, the stars of the show were said to speak out about the bizarre coupling. “In the beginning, Matt LeBlanc did not want to do that story,” executive producer Kevin S. Bright told Digital Spy in 2018. “He was very firmly against it, saying that he’s Ross’ friend and that the type of friend that Joey is would never go and take someone else’s girlfriend,” he added. Bright went on to reveal that it took a lot of convincing for LeBlanc to finally get on board with the plot. However, as we all know, Rachel and Joey’s romance was short-lived.

In 2017, Aniston spoke out about the storyline during an interview with Elle. “I think there was a moment when Joey and Rachel got together that maybe it could happen, but it didn’t. It was Ross and Rachel all the way. I just don’t think Joey and Rachel could have made it. I think it was more physical than emotional with them. They were friends with benefits, and they left it at that,” the “Murder Mystery” actress confessed. However, it all worked out in the end as Ross and Rachel finally got their happy ending in the “Friends” series finale, and (hopefully) lived happily ever after.