Thousands of students around the UK are receiving their A-Level results on Thursday, including the Earl and Countess of Wessex‘s daughter, Lady Louise Windsor, who has just completed her A-Levels.

In honour of the occasion, we’re taking a look back at the qualifications the royal family managed to secure during their education – and some of them are quite surprising!

Despite being educated at home before she received private lessons from the vice provost of Eton, Henry Marten, the Queen has actually never sat an academic exam in her life. However, the Queen and the late Duke of Edinburgh made sure their children received the best education outside the walls of Buckingham Palace.

Prince Charles, who was a pupil at Gordonstoun, achieved five GCSEs (O-Levels back then), two A-Levels in history (B) and French (C). He was then awarded a 2:2 degree in history from Cambridge University. His sister, Princess Anne, attended Benenden School in Kent, and gained six O-levels, and three A-Levels in English, History and Politics.

Just like their older brother and father, Prince Andrew and Prince Edward also studied at Gordonstoun in Scotland, with Andrew securing six O-levels and Edward gaining nine. They both achieved three A-Levels in English, History and Politics, while Edward managed to get a 2:2 degree in History from Cambridge University. Prince William was a student at Eton in Windsor

The Queen’s grandsons, Prince William and Prince Harry, broke family tradition by attending Eton school in Windsor. The Duke of Cambridge received 12 GCSEs and three A-Levels in Geography (A), History of Art (A) and Biology (C).

“I know how hard William worked to achieve these excellent results and I am very proud that he has done so well,” Prince Charles said at the time via The Guardian. William went on to gain a 2:1 degree in Geography from the University of St Andrews in Scotland.

Meanwhile, Harry gained 11 GCSEs and two A-Levels, a B in Art and a D in Geography. After he left Eton in 2003, the British royal went travelling for a year before joining the army. Prince William and Kate met at the University of St Andrews

The Duchess of Cambridge achieved 11 GCSEs at St Andrew’s School in Pangbourne before she studied at Marlborough College in Wiltshire, where she received two As in Maths and Art, and a B in English. After taking a gap-year, Kate then went to the University of St Andrews in 2001, where she met her future husband. She graduated in 2005 with a 2:1 in History of Art.

Harry’s wife, Meghan Markle, was a student at Immaculate Heart High School in Los Angeles before she graduated at Northwestern University. Although there are no reports of her SATs, the American equivalent of GCSEs or A-Levels, the Duchess of Sussex achieved grades for university, where she gained a double major in Theatre and International Relations. 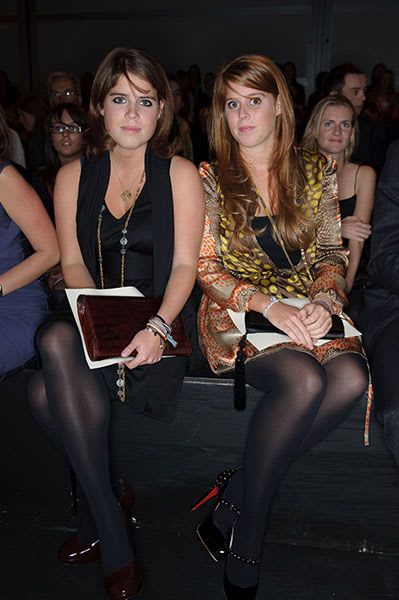 The Duke of York’s daughters Princess Beatrice and Princess Eugenie also fared well in their A-Level results. Beatrice gained an A in Drama and Bs in History and Film Studies from St George’s School in Ascot in 2007. She went on to study History at Goldsmiths College in London, graduating in 2011 with a 2:1 degree.