After the emotional wallop that was the Euphoria Season 1 finale, fans are still reeling from the unexpected twists and heartbreaking revelations. While the entire episode delivered major moments that are fueling tons of fan discussion and debate, the episode’s final scene is without a doubt the biggest standout moment. Fans are still going back and forth over what the scene could mean, but it also included a Euphoria detail about Rue’s dad that will cause viewers to see an important object in Rue’s life in a whole new light.

Spoiler alert: This post contains spoilers from the Euphoria Season 1 finale. Although Rue’s father is not mentioned too much in the debut season of Euphoria, an earlier episode revealed that he died of cancer some time before the main events of the series. Later, when Rue’s mom starts dating again, Rue gets upset when a new man is sitting in her father’s chair at the dinner table. From the flashback and that scene, it is clear that Rue had a deep love for her dad, but the finale episode reveals that her love for him reaches goes much deeper than we knew.

At the end of the episode, Rue makes the painful decision not to run away to the city with Jules. On her way home from the train station, Rue has flashbacks of prominent moments with her mom and sister, including a flashback to Rue watching coroners take her father’s corpse out of the house in a body bag. As her mother cries on her bed, Rue walks up next to her and picks up the dark purple hoodie that has become an iconic part of her wardrobe throughout the series. It turns out, that hoodie belonged to her dad, and Rue adopted it as her own as a means to remember him after he died. 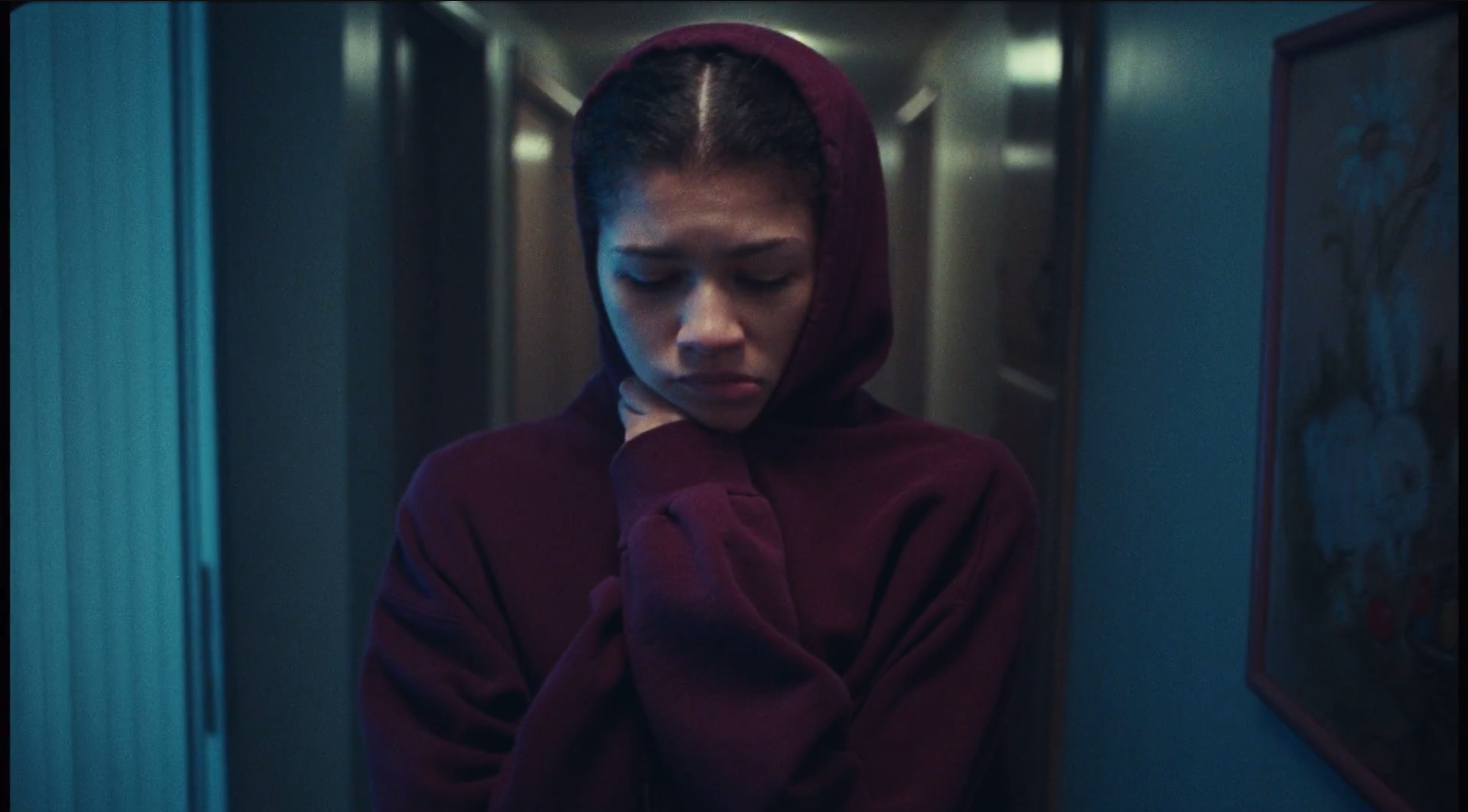 Jules even makes a note of Rue’s penchant for wearing the purple hoodie nonstop at the beginning of the finale episode, poking fun at her friend for "dressing like Seth Rogen" all the time in hoodies and sweatpants. Of course, neither Jules nor the viewers know at the time that the real reason for Rue’s laid-back sense of style isn’t simple comfort or nonchalance, but actually a deep emotional attachment to her father’s old hoodie.

This emotional hoodie revelation did not just hit Euphoria viewers hard — it also put Zendaya deep in her feels. After the finale aired, the star posted a selfie wearing Rue’s purple hoodie, noting that she has not worn or washed the sweatshirt since wrapping the show and admitting that the clothing item still makes her emotional.

After the hoodie reveal, Rue did get one final moment with her dad, although it was unclear whether it was a dream, hallucination, spirit, or artistic choice. In the musical final scene, Rue hugs her dad and he kisses her on the forehead before she finishes her song. Fans are divided over whether this final scene is meant to reveal that Rue has died, making her father a spirit that she can finally reconnect with, or that Rue has simply relapsed, making her father a dream or hallucination during her trip.

Fans will have to wait to see what happens in Euphoria Season 2, but until then, knowing the true history of Rue’s hoodie will undoubtedly make a Season 1 rewatch so much more poignant.