For years, the off-screen chemistry between Tom Holland and Spider-Man co-star Zendaya remained one of the worst-kept secrets in Hollywood. The two kept fans guessing. They went public with their relationship ahead of their film Spider-Man: No Way Home. And Holland, who’s known for spoiling his Marvel Cinematic Universe projects, may have leaked some info about their future together.

What the ‘Spider-Man: No Way Home’ star said about his personal life

Although Zendaya and Holland don’t spill the details of their relationship, they’ve dropped plenty of hints about how they feel about each other. Holland took their cryptic comments to a whole new level during an interview with People in December 2021.

“I’ve spent the last six years being so focused on my career,” he said. “I want to take a break and focus on starting a family and figuring out what I want to do outside of this world.”

Of course, this sent Tom Holland and Zendaya’s relationship stans into an uproar. Was he announcing that the super-secret couple is ready to take the step of having children together?

Tom Holland and Zendaya have kept fans guessing about their relationship

Zendaya and Holland met while filming their first movie together, Spider-Man: Homecoming, in 2016. People noticed right away the on-screen couple seemed to be extra fond of each other even when the cameras weren’t rolling. Soon, dating rumors began to fly, although the actors laughed the suggestion off.

Over the next few years, Holland and Zendaya continued to work together in the Spider-Man franchise. And their flirty behavior kept the rumors alive.

In 2019, Zendaya reportedly dated Jacob Eldori, her co-star in the drama series Euphoria. The two even shared a kiss while on vacation in Greece. The following year, Holland posted a picture on Instagram of fellow actor Nadia Parkes, which many people interpreted as making their relationship official.

But Holland and Zendaya couldn’t stay away from one another. In July 2021, a photographer captured a shot of them kissing in a car while waiting at a red light. Fans were beside themselves with this long-awaited proof of their couple status.

Was Holland dropping a spoiler about their future? 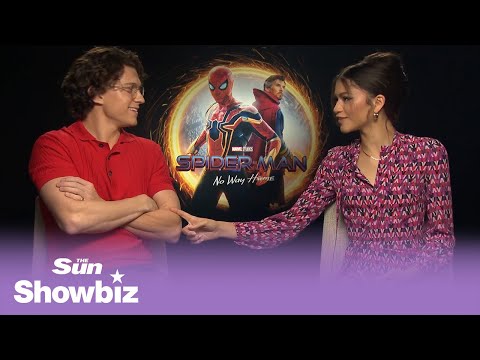 So when Holland said that he wanted to start a family, did he mean with Zendaya? In another interview, he made it clear that he won’t be telling fans first no matter what happens.

“I’ve always been really adamant to keep my private life private, because I share so much of my life with the world anyway,” he told GQ in November 2021. “We’ll talk about what it is when we’re ready to talk about it together,” he added of their relationship and future together.