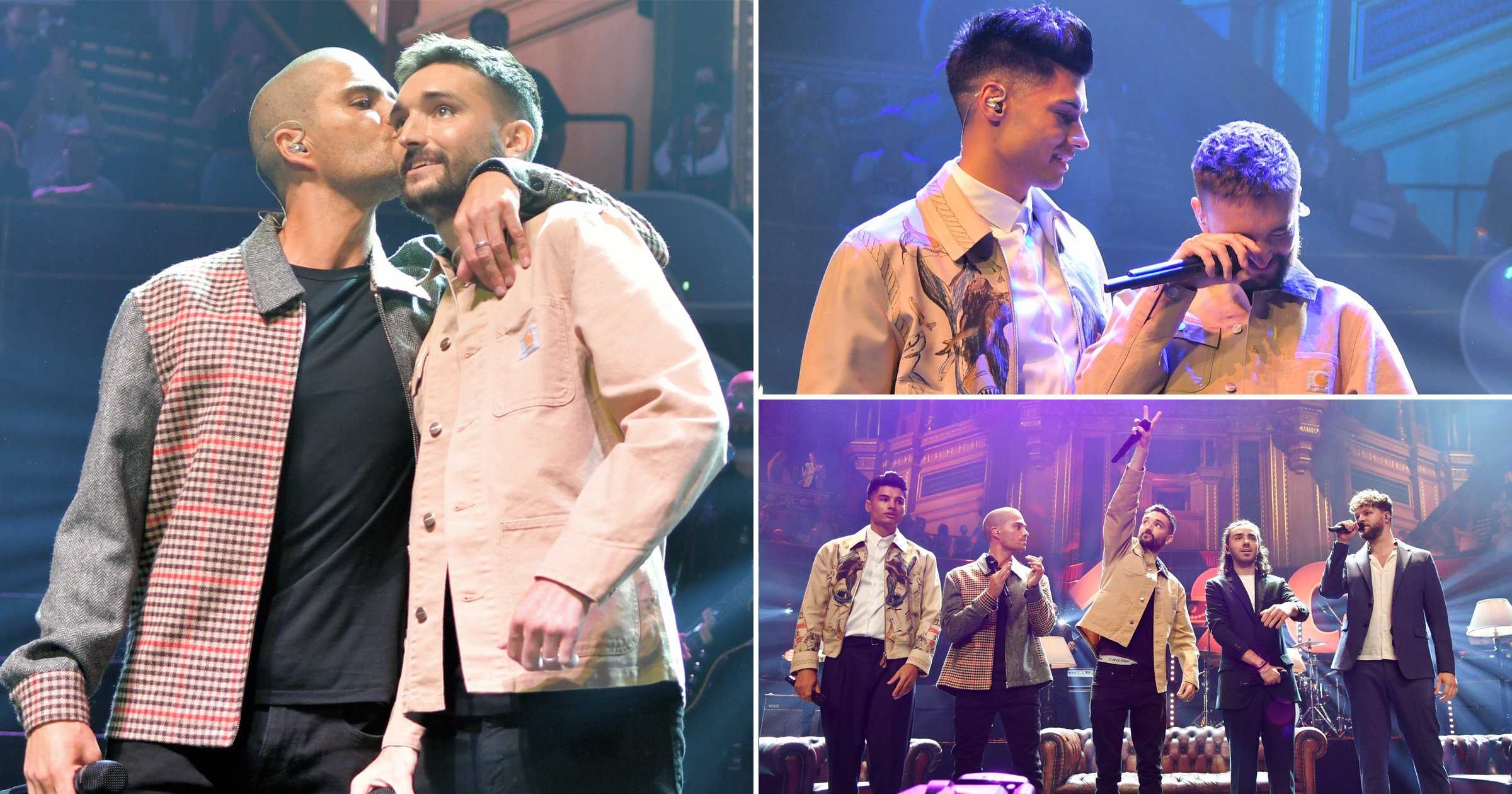 Tom Parker’s In My Head charity concert went down a storm with fans on Monday night, as he and The Wanted reunited for their first performance together in seven years.

The singer, 33, put on the concert for Stand Up to Cancer after being diagnosed with a brain tumour a year ago and discovering how low the funding was to find a cure for glioblastoma.

With the line-up including huge names like Ed Sheeran, Liam Payne and McFly, fans were in for a great night – but the act most were there to see was the long-awaited reunion of The Wanted.

The band had performed their last gigs together in 2014 before going their separate ways, but got back together to headline the fundraiser, and fans were over the moon to see Tom, Max George, Siva Kaneswaran, Nathan Sykes and Jay McGuinness take the stage together.

After performing a host of their biggest hits, the band were seen enveloping Tom in a giant group hug on the stage as fans filled the Royal Albert Hall with screams.

Tom also shared a video of fans outside the venue chanting ‘We love Tom’ over and over again in a show of support for the star.

He told them on Instagram: ‘Wow, what a night, thank you all from the bottom of my heart. Sorry I couldn’t come out and see you all. Covid Covid, but thank you all for the support. It means so much xx.’

Tom then later shared a poignant look back at his own battle with cancer over the past year, and the highs and lows that came with it.

Sharing a slideshow of some of the difficult moments during treatment as well as incredible moments like the birth of his son Bodhi and reuniting with the band, Tom added: ‘Then vs Now. What journey.’

Max added his own photo of them sharing a group hug, adding: ‘I love these boys. Last night will stay gold forever. Tom Parker is a mountain of a man and I’m so proud to call him my brother. Thank you everyone. X.’

As well as the fundraiser show, the band recently announced that they would be coming back with a greatest hits album and tour next year.

Tom told Metro.co.uk: ‘I think, given my health situation… Obviously, we initially just wanted to get back and just do one show, which is going to be the Stand Up To Cancer show. But it felt natural to want to do more’.

Max added: ‘After the initial talk about the show, we just naturally found ourselves [asking], “Are we doing this? Is this going to be more than just a kiss?” Now we’re in a full-blown relationship!’

Tom added that being back with his boys has been wonderful: ‘For me personally, it’s just fun. It’s been a very sad last eight months, so it’s been nice to just smile again.’