Their happy place! Travis Barker and Kourtney Kardashian celebrated the 4th of July at Disneyland alongside the drummer’s two kids.

The Blink-182 drummer, 45, shared photos from the family outing on Sunday, July 4, including images of the park’s fireworks show. The father of two, who shares son Landon, 17, and daughter Alabama, 15, with ex-wife Shanna Moakler, posted snaps of his kids on a carousal as well.

The musician later shared a group shot where he planted a kiss on Kardashian, 42, as she stood alongside him and Landon. The Keeping Up With the Kardashians alum’s youngest son, Reign, 6, posed with the squad at the Star Wars attraction. 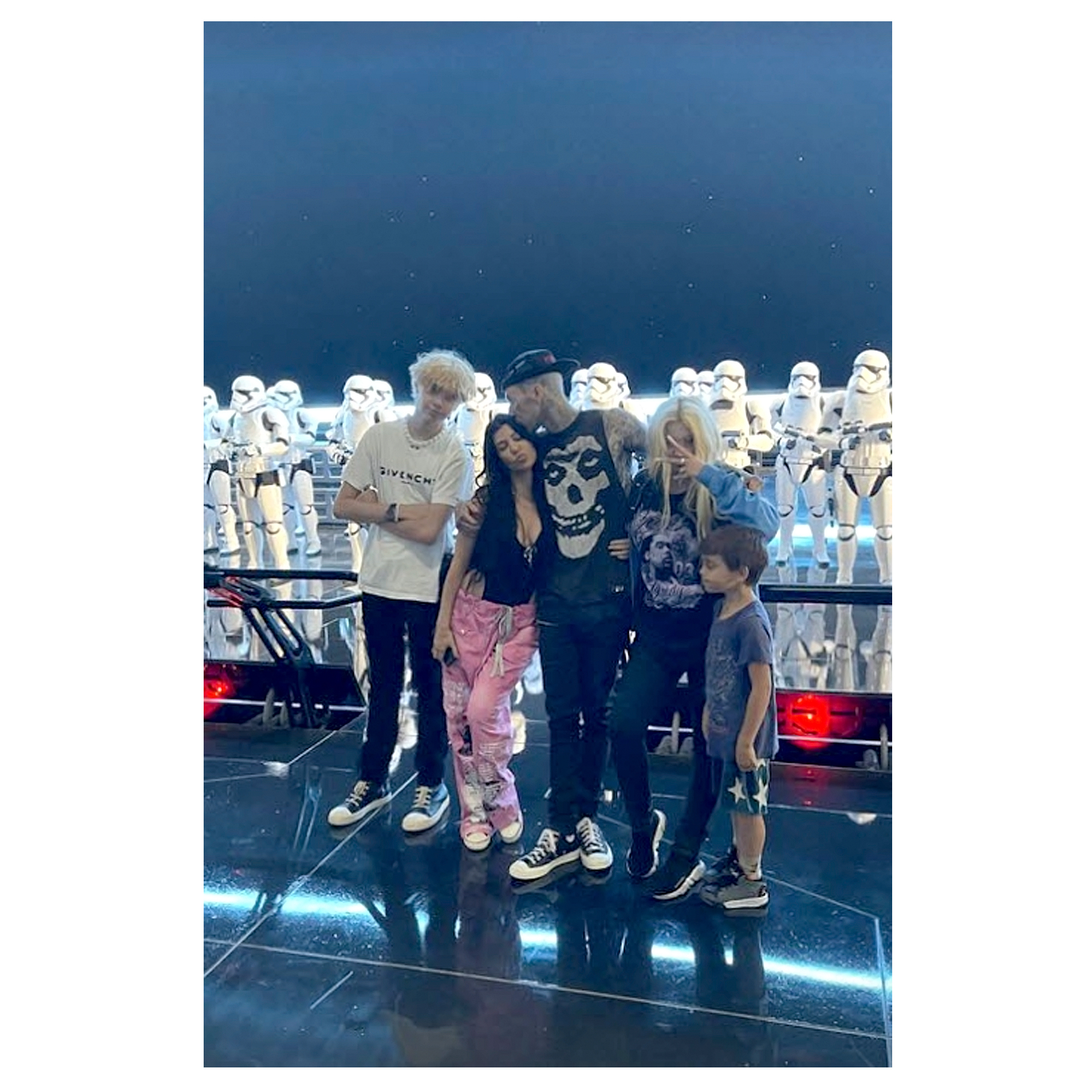 The Poosh founder shares sons Reign and Mason, 11, and daughter Penelope, 9, with ex-boyfriend Scott Disick. Mason was also at the theme park with his mom but didn’t appear in any of her snaps.

Kardashian, for her part, posted photos of the light show at the Happiest Place on Earth. She also shared a snap of her and Barker’s matching shoes and a Mickey Mouse shaped ring of leaves.

One day prior, the reality star bonded with the drummer’s daughter and stepdaughter, Atiana De La Hoya, 22, whom Barker helped raise when he was married to Moakler, 46. 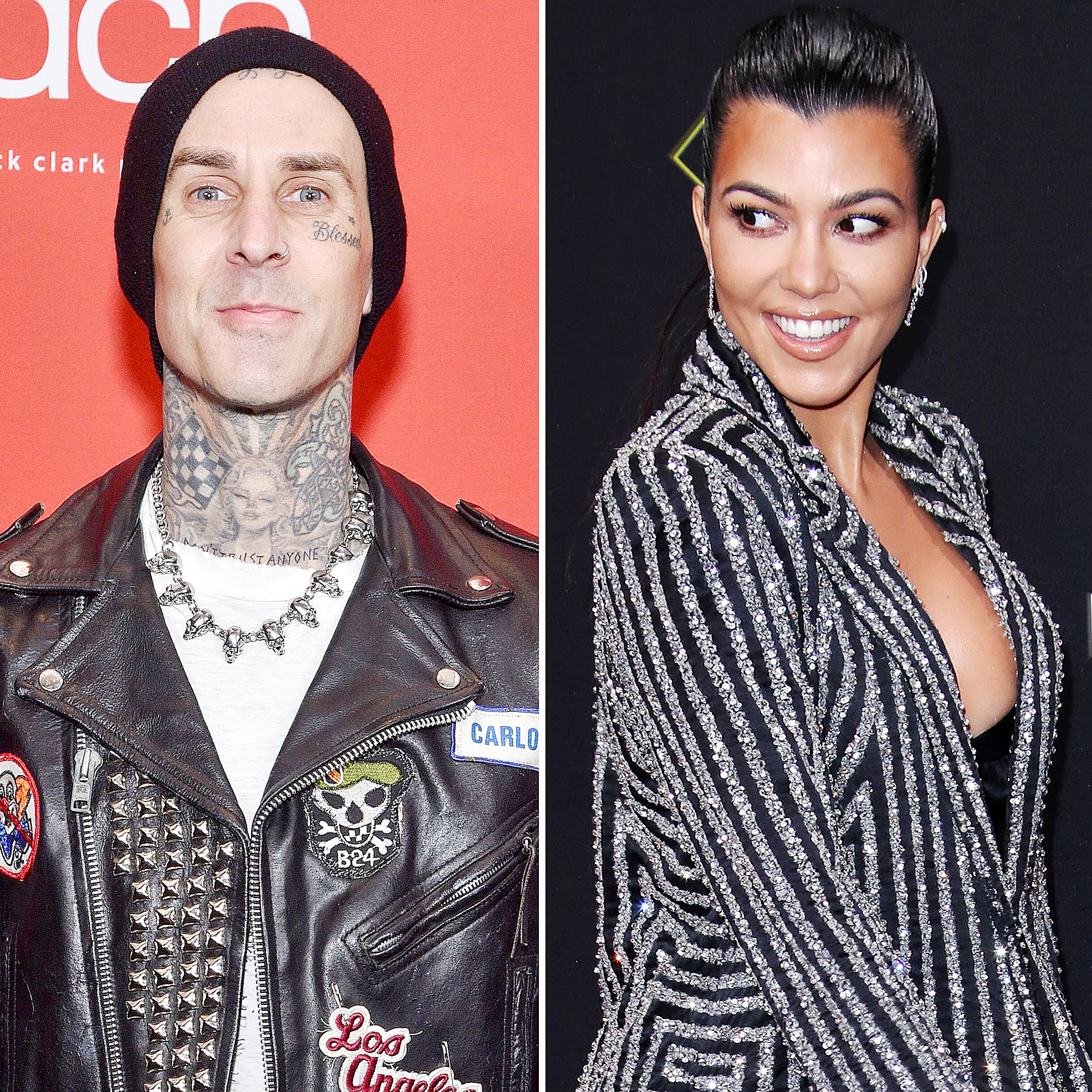 The trio spent time together at a beach house on Saturday, July 3, with Kardashian sharing glimpses of the getaway via her Instagram Stories.

Alabama also posted a video from the ocean-front property tagging her dad’s girlfriend and adding a red heart emoji via her Instagram Story.

Us Weekly confirmed in January that Kardashian and Barker were officially a couple and had been dating “for a couple of months.”

A source told Us at the time that the duo’s kids helped bring them together. “They became friends living in the same neighborhood and hang out a lot,” an insider said. “Their kids’ friendship had Kourtney and Travis spending a lot of time together.”

Kourtney Kardashian and Travis Barker’s Sweetest Quotes About Each Other

Since sparking up a romance, the duo have made family dates a high priority. Over Memorial Day, Barker was spotted at Kardashian’s Palm Springs home with her kids. The TV personality, meanwhile, has gone to the beach with her beau’s brood.