‘Kravis’ looked so in love during a horseback ride in Cabo San Lucas that was filmed by the rockstar’s teenage son, Landon, and posted to TikTok.

Kourtney Kardashian and her fiancé Travis Barker enjoyed a romantic horseback ride while vacationing in Cabo San Lucas, Mexico with some of their children. The newly-engaged couple could be seen riding their horses on the beach in a Nov. 16 TikTok video shared by Travis’ son, Landon. The 18-year-old first filmed himself on his horse, before panning the camera to show Travis, 46, and Kourtney, 42, riding side-by-side while holding hands. Travis’ daughter Alabama, 15, and Kourtney’s son Reign Disick, 6, could also be seen enjoying the beach excursion on their own horses. See the video below!

“Kravis” and their loved ones’ horseback riding journey looked absolutely beautiful in the footage. The pre-sunset sky was lit up over their heads, as the group slowly rode the animals across the beach beside the gorgeous water. Kourtney and Travis held on tight to one another as their horses trotted through the sand. The Keeping Up with the Kardashians alum was dressed in a purple floral top and black jean shorts, while her soon-to-be hubby wore a black skull shirt, pants, and a hat that he sported backwards.

While both of Travis’ kids are on the family getaway, Kourt’s son Mason Disick, 11, and daughter Penelope Disick, 9, seemingly did not make it out to Mexico. The trip is to celebrate the Blink-182 drummer’s 46th birthday, though they got the celebrations started this past weekend in California while at pal Simon Huck‘s wedding on Nov. 13. During the reception, a wedding attendee even captured a video of the Poosh founder dancing on Travis’ lap to “Mr. Brightside” by The Killers. 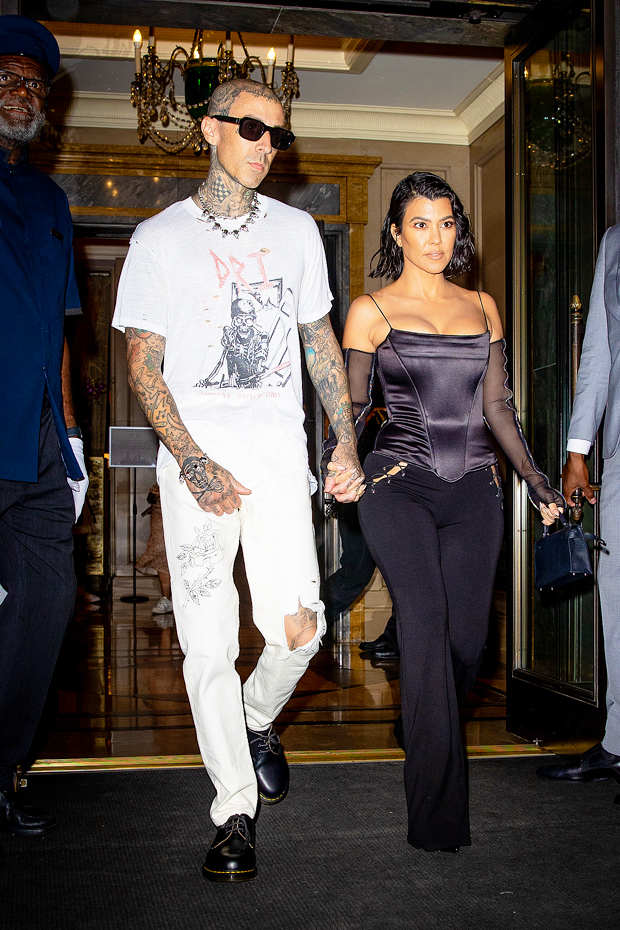 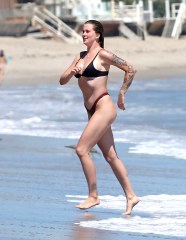 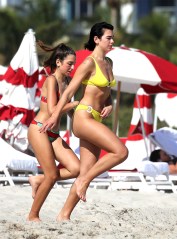 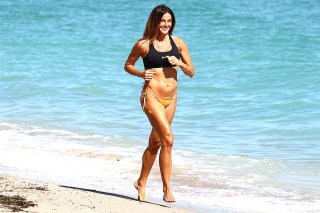 Speaking of weddings, Travis and Kourtney are excited for the the day to arrive that they become husband and wife. The A-list couple got engaged only a month ago, but they already have some wedding plans thought up. “They’re planning a small, intimate wedding and they’re only planning on inviting those closest to them,” a source EXCLUSIVELY told HollywoodLife in October. “Honestly, in their minds, as long as they have each other, the day is already considered perfect.”

Our source also said that Kourtney and Travis are “still playing around with a few dates” for their walk down the aisle, and are “bouncing around a couple of ideas” in terms of location. “Due to Travis’s fear of flying, it likely won’t be a far away destination wedding,” the source added, noting how the two just want to “enjoy their special day.”