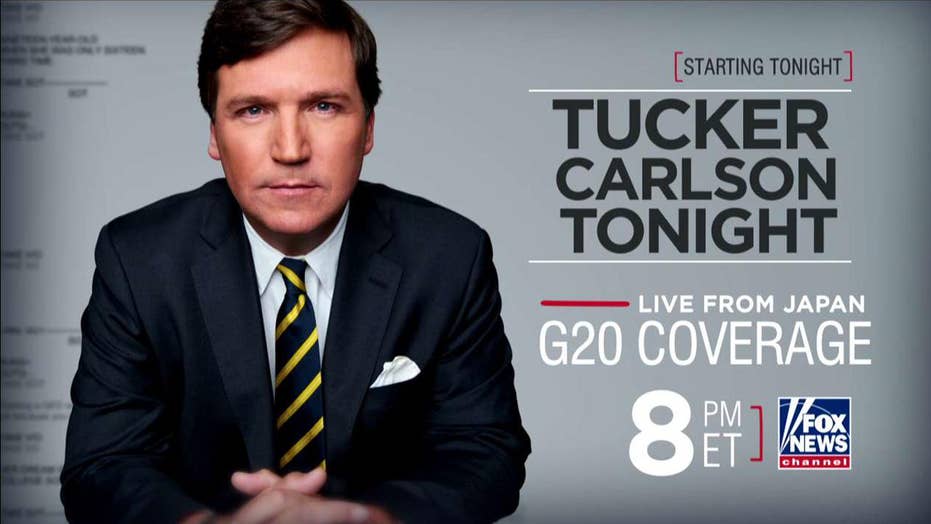 As world leaders prepare to meet, Tucker Carlson is live in Japan with exclusive coverage of the G20 summit.

Fox News’ “Tucker Carlson Tonight” will broadcast live from the G-20 Summit in Osaka, Japan from June 24-28, and an exclusive interview with President Trump will air on July 1.

Excerpts from Carlson’s wide-ranging interview with the president will be released in the coming days. The G-20 Summit is expected to be dominated by news about the U.S-China trade war and concerns about the possibility of a military confrontation between the U.S. and Iran – both topics that Carlson and Trump are planning to discuss.

Billed as the “premier forum for international economic cooperation,” according to its website, the event aims to help achieve ‘robust global economic growth” and “realize an inclusive and sustainable world.”