Raquel Leviss shared some gorgeous pics, including one of her engagement ring, and video from Empire Polo Fields, where James Kennedy proposed to her at an event he created called ‘Rachella.’

James Kennedy, 29, and Raquel Leviss are engaged! The Vanderpump Rules star popped the question on the night of May 14 at the Empire Polo Fields, which he set up to look like the Coachella music festival, and the new fiancee shared some exciting photos and video from the epic moment. “James proposed at the iconic Empire Polo Fields of ‘RACHELLA’ Friday night… and I said YES! I’m over the Coachella moon ✨🌵🌙 #RACHELLA,” she captioned the Instagram post, which she added to her page on May 16.

The post included a photo of Raquel’s hand with her new gorgeous engagement ring on her finger as well as a pic of her and her husband-to-be sharing a sweet kiss. There was also a snapshot of the newly engaged couple standing and smiling in front of large pink balloons that spelled out Rachella and one of the sign outside the club that read, “WELCOME R CHELLA.” A video clip showed them dancing while in front of a lit-up DJ table and speakers on stands.

Once Raquel shared the happy news, her followers were quick to respond with excited comments. “So happy for you guys!” one follower exclaimed while several others wrote, “Congratulations!” Another wrote, “After all the ups and downs we’ve watched you guys go through I am so glad you’ve made it!!! Love conquers all❤️❤️❤️❤️❤️.” 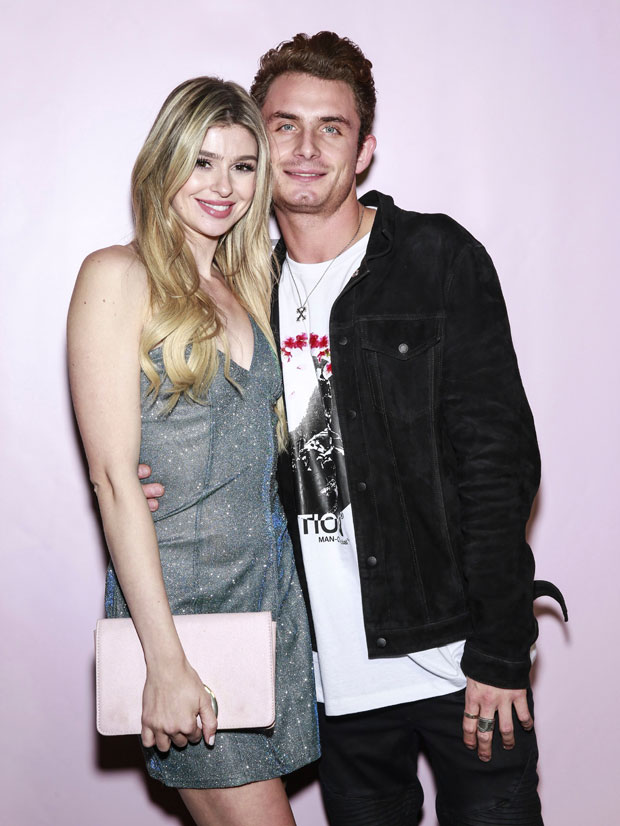 Raquel and James’ engagement comes after the latter hinted he was getting ready to pop the question to his longtime love during an episode of Overserved with Lisa Vanderpump earlier this month. “Well, can you keep a secret? … I love Raquel so much, you know that,” he said during the show. “She really has helped me, and you’ve seen everything she’s stuck by me with. I really couldn’t imagine myself with anyone else on this planet. There’s no ‘buts’ — I think I’m going to ask her to marry me.”

The lovebirds are known for having gone through a lot of ups and downs throughout their relationship, including James’ addiction issues, which he shared on Vanderpump Rules. He celebrated one year of sobriety last July and thanked Raquel for helping him through the difficult time in a post on social media. “Thank you to my rock @raquelleviss for getting me here I couldn’t of [sic] done this without you my love. ♥️ and thank you all for the support this past year,” he wrote.

Raquel also hinted at a possible engagement to James, in an EXCLUSIVE interview with HollywoodLife in Apr. 2020. “We’ve been talking about engagement for a long time,” she said. “He’s mentioned it to me several times and I told him I would tell him when I’m ready. I see it in the future.”