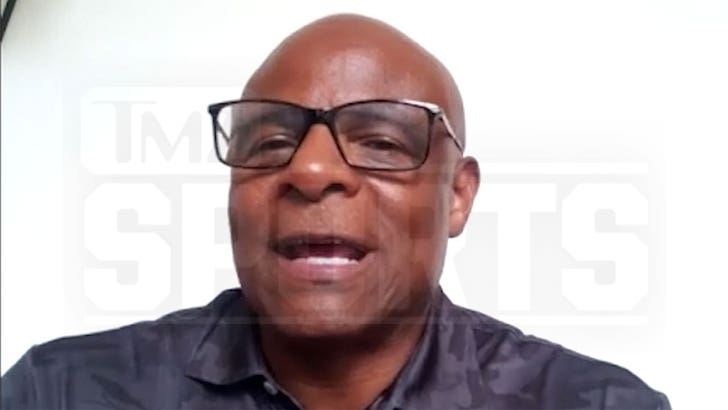 Warren Moon was appalled by the homework clause the Cardinals put into Kyler Murray‘s contract this month … calling it not only “embarrassing,” but a “slap in the face to all African-American quarterbacks.”

The Hall of Famer didn’t mince words when breaking down his thoughts on the infamous addendum to the Arizona star QB’s massive new deal — blasting the Cards for even thinking of the idea in the first place.

In fact, Moon tells TMZ Sports it was so bad, he straight up believes the reasoning for the clause and the wording in it was clouded by racial undertones.

“It’s something we were always accused of back in the day when they didn’t let us play,” Moon says. “That we were lazy, that we didn’t study, that we couldn’t be leaders, that we weren’t smart. So all those different things just kind of came to surface after we put all that stuff to bed over the years and just because of this deal that’s going on between Arizona and Kyler.”

If you missed it, as part of Kyler’s new $230.5 million contract, the Cardinals included bizarre language that required Murray to study for four hours a week — on his own, sans distractions.

Once the addendum was made public, though, it was met with so much criticism, the Cardinals eventually removed it on Thursday night.

But, Moon tells us it might be too little too late at this point.

“The damage has been done,” the 65-year-old said. “He’ll have this riding on him every time he does something wrong in a football game. They’re going to say, ‘See, that’s the reason why that happened is because he didn’t study enough film last week,’ or whatever it might be.”

“It’s a very unfortunate situation for him and very embarrassing for both sides.”

For Murray’s part, he told media members at an impromptu press conference on Thursday that no one should ever question his work ethic or preparation for games — saying, “It’s disrespectful, and it’s almost a joke.”

The Cardinals are expected to open the season with Murray under center on Sept. 11 against the Chiefs.