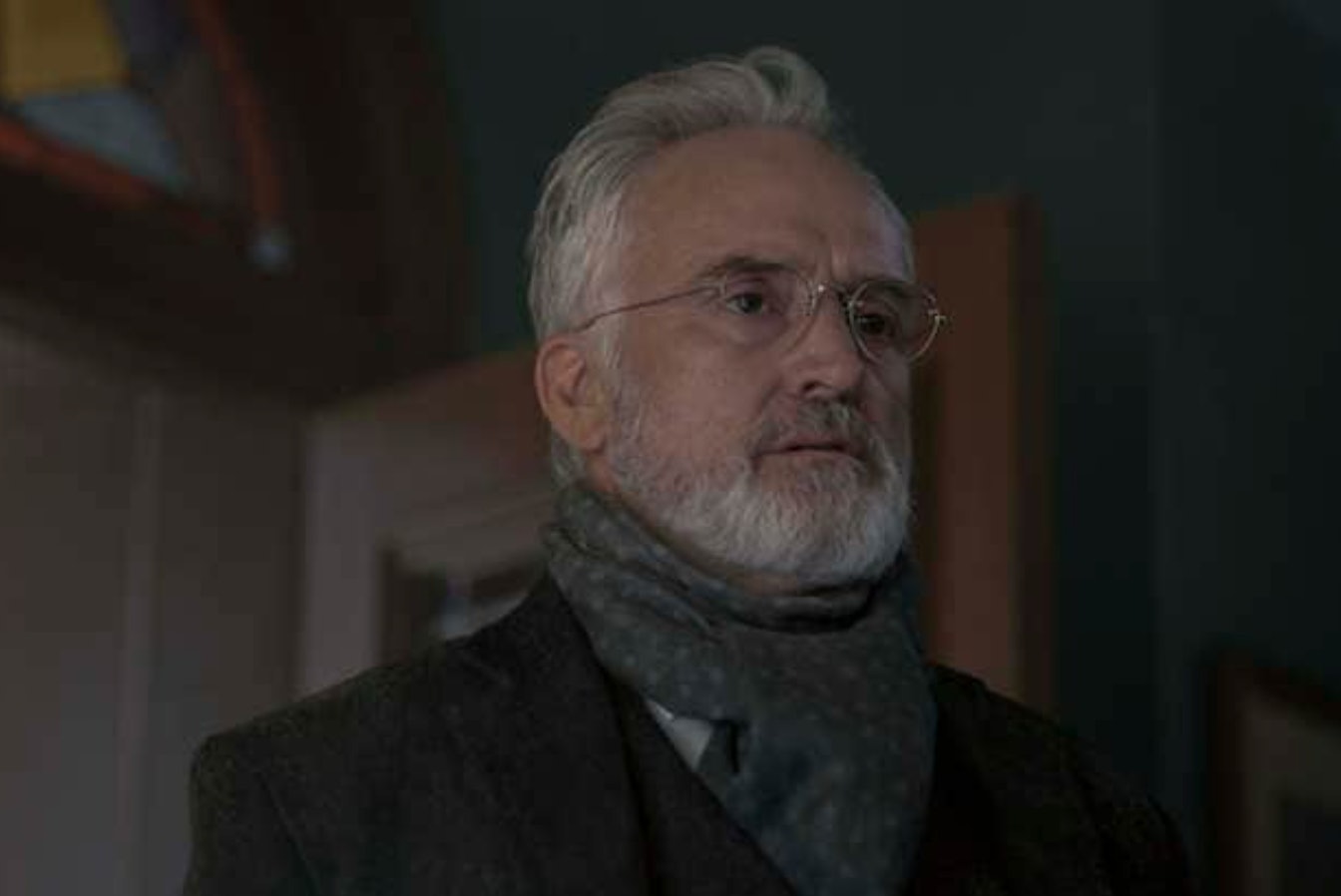 When the first season of The Handmaid’s Tale premiered in 2017, it was an instant hit thanks to its phenomenal soundtrack, twisted plot, and brilliant cast. As the seasons progressed and the storylines got even darker and there were a lot of different moving pieces to keep up with surrounding the comings and goings of Gilead. So, if you’re trying to remember what happened to Commander Lawrence in The Handmaid’s Tale Season 3, here’s everything you need to know before diving back into the dystopian society on Hulu.

Season 3 opened up with Serena Joy (Yvonne Strahovski) burning down the Waterford house after June (Elisabeth Moss) smuggled her baby, Nichole, out of Gilead to safety in Canada. Since the Waterfords were now without a home, June was reassigned and ended up at the house of Commander Joseph Lawrence (Bradley Whitford). Lawrence was a big deal, since he was actually the architect of Gilead.

But despite being one of the founders of this despicable government, Lawrence actually detested the world he created. His wife Eleanor (Julie Dretzin), who experienced mental illness, suffered as a result of his actions. Because of all this, the Lawrences secretly didn’t partake in the Ceremony. This meant June, in turn, no longer had to partake in the Ceremony. Praise be, right?

Except, not so fast. After June got blackmailed by Serena (who decided she wanted Nichole back), she attracted the attention of the powerful Winslow family, who insisted on visiting the Lawrence house to ensure the Ceremony was being performed properly. So, June and Commander Lawrence had to actually have sex, which thoroughly (and rightfully) upset Eleanor.

As the situation in Gilead grew more dire, June became inspired to try to save as many children from an ill-fated life. She teamed up with other Handmaids, a network of Marthas, and the Lawrences to create a plan that would take children across the border and into Canada. Lawrence was reluctantly on board while Eleanor was thrilled about the idea — so thrilled, in fact, that she almost ruined it all. After attempting to leave the house to inform other families of the plan, Eleanor was violently confronted by June.

Commander Lawrence tried to comfort Eleanor after June’s confrontation, but it was clear his wife was rattled. Later, when June brought her some tea, she found Eleanor unresponsive after overdosing on pills. After an internal battle, June chose not to help her and instead let Eleanor die. Lawrence, overcome with grief, agreed to continue helping June and was able to secure a plane for the children’s escape and keep the border to Canada open. Just before their great escape, Lawrence was last seen reading a book to some of the rescued children in his house (a luxury they’d never received since reading is majorly off-limits for girls).

Unfortunately, things went downhill again. June got tipped off that guards were going door-to-door looking for a missing child, and the group needed to leave ASAP. June took the children and with a map given to her by Lawrence, and they journeyed through the woods and to the plane undetected by the guards. Well, almost undetected. The very last stretch of distance to the plane was brightly lit and being watched, and June realized she needed to sacrifice herself in order to get the children out. In an effort to draw attention (and the spotlights) away from the escapees, she got shot in the chest.

The plane left without June (but with the children), and while she was shown bleeding, it’s clear she was alive… for now, at least. But Season 3 left June and Lawrence back in Gilead as traitors. This means there’s a lot of action to come as the first episodes of Handmaid’s Tale Season 4 arrive on Hulu starting Wednesday, April 28, 2021.