I know it’s hard to believe, but yes, Chrissy Teigen and John Legend did, in fact, date other people before they got together. However, Chrissy Teigen’s relationship history before John Legend is more than a little mysterious. Though she’s alluded to past relationships, Teigen has never actually shared the names of her former suitors, and because she was still relatively unknown when she met Legend in 2006, her dating history was pretty private. Teigen was also only 20 when she met her future husband, and according to her, she didn’t do too much dating before settling down with Legend.

In a January 2019 tweet, Teigen joked about how she and Legend ended up moving in together, and it was one of the few times she’d alluded to dating someone other than her hubby. "I didn’t date much [before Legend]," she wrote. "I moved in with people. Like hello, I live here now. This is how John ended up in this situation." But apparently, when she and Legend first started dating, Teigen was sharing an apartment with six other models, as she told Vanity Fair in December 2019. IMO, it makes sense why she wanted to move in with Legend ASAP. 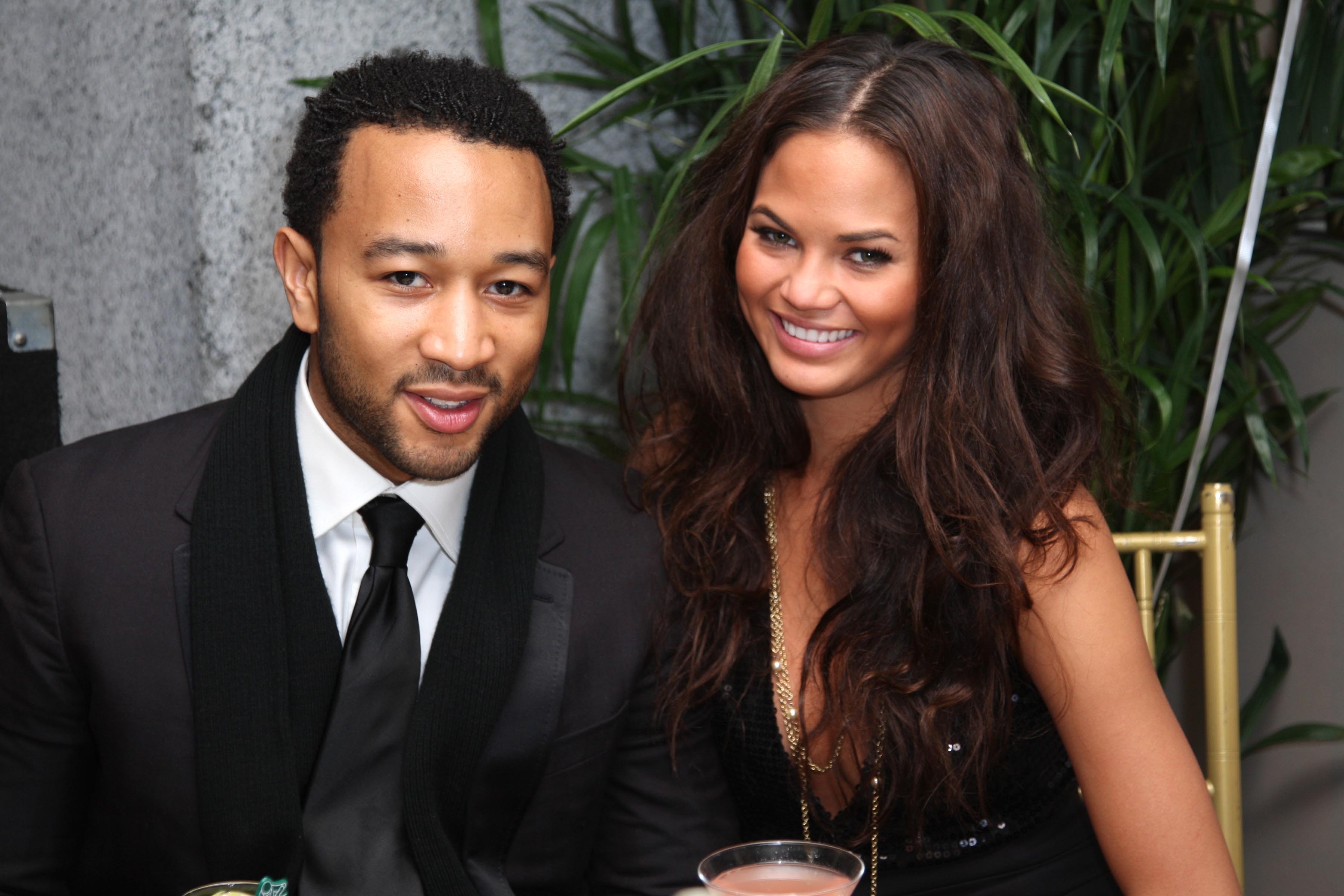 Right before meeting Teigen, Legend was reportedly linked to Danielle Abreu, a Brazilian model. He and Abreu might have even been involved when Legend encountered Teigen on the set of his music video for "Stereo." During a July 2020 appearance on Dax Shepard’s podcast Armchair Expert, Legend claimed he and Teigen were "both seeing other people" when they first met, though Teigen has never confirmed this.

Teigen did confirm, however, that she and Legend hooked up just hours after meeting. After spending 14 hours together on set, the two of them got In-N-Out burgers, went back to Legend’s hotel room, and got it on — but they didn’t start dating right away. "I let him be himself for a while," Teigen explained to Cosmopolitan in April 2014. According to Legend, they still spent a lot of time talking. "We would talk on the phone, and I started to fall in love with how engaging and witty and funny she is," he told Entertainment Tonight during an August 2016 interview. Soon after officially becoming a couple, Teigen ever joined Legend on tour, where things didn’t go exactly as planned. While on tour, Legend got sick, and he broke up with Teigen — or, at least, he tried to. "He was feeling really bummed and stressed out," she told Cosmopolitan in November 2016. "He was like, ‘I can’t be in a relationship right now.’ That lasted for one day. Literally, a day." Legend later told The Guardian in September 2017 they "were dating again less than half an hour later." Five years later, they got engaged, and the rest is history.

Basically, Teigen’s notable dating history begins and ends with Legend, and I’m OK with that (though I would love to know how many people she not-so-subtly moved in with in the past).