The Queen is survived by her four children, eight grandchildren and 12 great-grandchildren, but some of the youngest royals, including Prince Harry and Meghan Markle’s, were not in attendance at her funeral on Monday – so who is looking after them?

MORE: How many times did the Queen meet Prince Harry’s children Archie and Lilibet?

There is no official rule that states children under a certain age are forbidden from attending the funeral of a Sovereign, though those very young may be permitted to stay at home given the emotional gravity of the historic day.

MORE: 11 cutest photos of royal children and their beloved nannies

As the Duke and Duchess of Sussex both attended the funeral, it is safe to assume that the youngsters – who may or not be in the UK with their parents – have been left in the care of someone close to the couple. 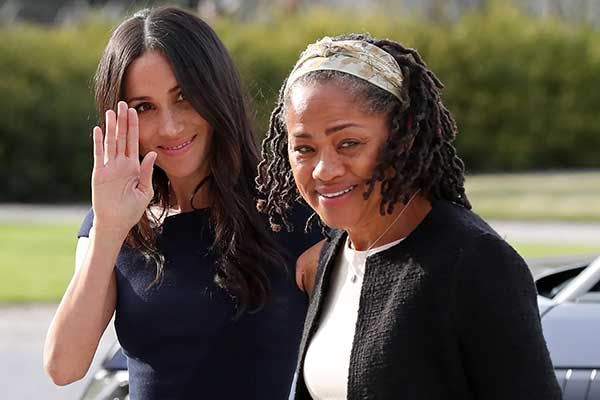 Meghan’s mother Doria Ragland,  could be helping with childcare today

Meghan’s mother, Doria Ragland, has helped with childcare in the past, so it is possible that Archie and Lilibet may be spending the day with their grandmother. In a recent episode of her Spotify podcast, Archetypes, Meghan also mentioned that the kids currently have an “amazing” nanny named Lauren, who has been with the family for some time, so she could also be on babysitting duty for the day.

Archie and Lilibet were unsurprisingly absent from proceedings given their ages

The Duke and Duchess extended their stay in the UK after originally planning to be in London to attend the WellChild awards before heading back to Montecito earlier this month.

While the two eldest children of the Prince and Princess of Wales, who were not previously announced on the royal guest list, unexpectedly joined their parents for the historic day, their youngest son Prince Louis was also absent.

Other royal children in attendance were Prince Edward and the Countess of Wessex’s children, James Viscount Severn and Lady Louise Windsor.

Like this story? Sign up to The Royal Life newsletter to get your weekly dose of royal lifestyle inspiration, from the must-see fashion moments to sneak peeks into royal homes and wellness news.