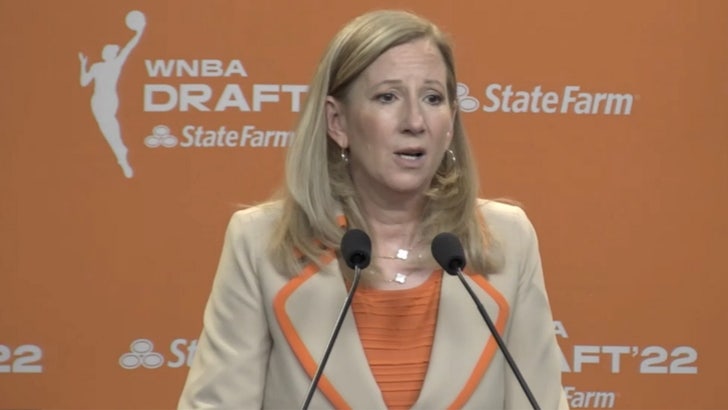 WNBA commissioner Cathy Engelbert said Monday she and the league are still fighting like hell to bring Brittney Griner back from Russia … telling reporters the situation is “unimaginable.”

Engelbert wasted no time addressing Griner’s Russian detainment in her opening remarks prior to the WNBA Draft — but said little has changed with the basketball superstar’s status.

The 31-year-old remains in custody … and Engelbert said she knows the hooper is still safe.

She added that she and players across the league are still following officials’ advice to stay relatively mum on the topic.

“I know we’re all frustrated, but we do need to be patient,” Engelbert said. “The players have been amazing at following the advice they’re getting and we’re getting in order not to jeopardize her safety in any way.”

Griner has been detained in Russia since February … after she was accused of having hash oil in her luggage while going through airport security.

Griner’s detainment was extended until at least mid-May at a court hearing last month.

“This is an unimaginable situation for BG to be in,” Engelbert said. “She continues to have our full support. Certainly, we’re trying everything we can, every angle, working with her legal representation, her agent, elected leaders, the administration. Just everybody in our ecosystem to try and find ways to get her home safely and as quickly as we can.”

According to a new ESPN report, Griner has been able to see her representative while in custody twice a week … and is able to receive letters from officials and loved ones back home.