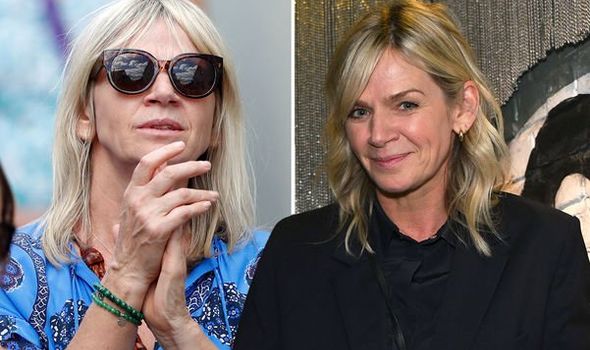 Zoe Ball seemed emotional as she discussed her family’s sad loss during a chat with Gabby Logan about the BBC Sports Personality of the Year awards today. The 51-year-old began by explaining how former winner Doddie Weir’s campaign on finding a cure for Motor Neurone Disease was close to her heart.

She told her BBC Radio 2 Breakfast show listeners that the ex rugby union star had raised over £1 million for Doddie Aid, founded by Rob Wainwright.

“Hopefully one day we will find a cure,” the presenter added.

She went on to say that her stepdad had died after suffering from the disease in 2012.

“It’s a real special day in my family today,” she continued.

“We lost our stepdad Rick to Motor Neurone Disease on this day quite a few years back now.”

As Gabby apologised for her loss, she went on to say: “It’s one of those days where you just think about them.

“We think about him every day, so obviously this is something pretty close to my heart.”

Zoe is one of two siblings to parents Johnny and Julia, who split when she was a toddler.

Her dad is famous in his own right once being a regular fixture on children’s television from the mid 1970s and throughout the 1980s.

He presented several series of popular science and technology programmes such as Think of a Number and Johnny Ball Reveals All.

In 2017, he spoke out about helping his daughter following the loss of her partner Billy Yates.

Zoe was left heartbroken after he took his own life in May that year.

Following the devastating news, Johnny said he and his wife had been constantly messaging her to check she’s OK.

He told The Sun at the time: “If she was next door we would pop round and say ‘Are you OK?’ but we’re 60 miles away.

Speaking two months after Billy’s death, he added: “She’s started work again and the attention that needs takes her mind from dark thoughts.”

The presenter has since found love with construction firm boss Michael Reed.

The former couple share two children together; Woody, 21, and 11-year-old Nelly May.

To find out more about Doddie Aid, download the app and sign up to a district by making a donation.