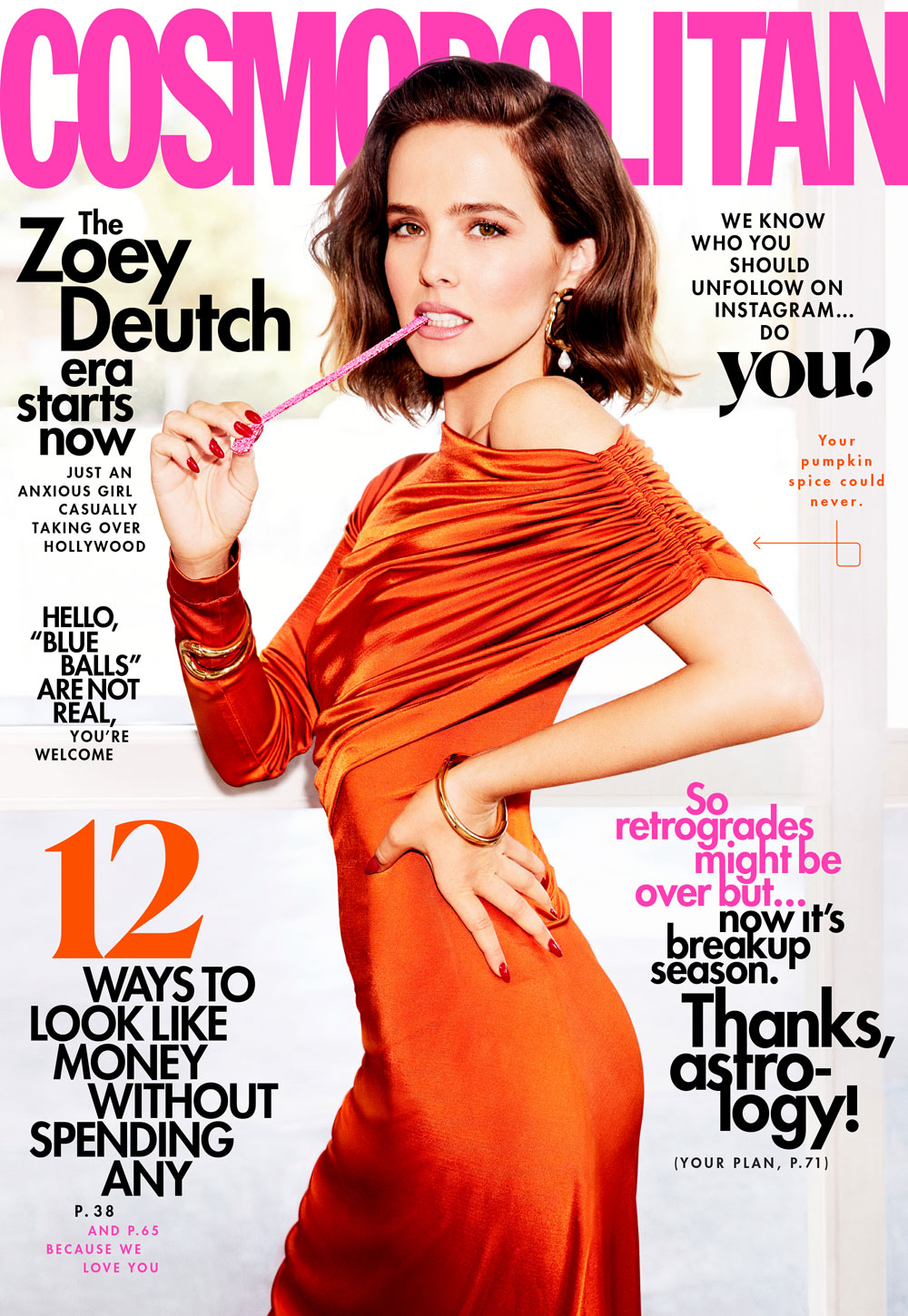 Actress Zoey Deutch is currently starring on Netflix’s The Politician and in the just-released Zombieland: Double Tap. She is the daughter of Back to the Future‘s Lea Thompson and director Howard Deutch (Pretty in Pink, Some Kind of Wonderful). Zoey is on the cover of the November issue of Cosmopolitan. She spent an afternoon with reporter Kate Williams, and they seemed to have an easy rapport. Zoey also did a fun photoshoot in a grocery store. She talked about her love of dogs, the fact that her parents didn’t give her any advice for working in show business, living with anxiety, and more. The article was a fun read (as is the video of Zoey trying to guess which out of a pair of items is the more expensive one). Here are some highlights:

On her pitbull, Maybelle, whom she adopted four years ago, and has honored with two tattoos and a necklace:
“It was literally love at first sight. I saw her and I was like, This is God in dog form. I’ve never seen anything so good in my life. We do not deserve this creature . . .”

On her anxiety:
“I came into this world with anxiety . . . . I used to hold my breath from anxiety when I was a baby and it would make me faint. There are times when it’s debilitating, and there are times when it makes me laugh, like in the car today when I lost the plot entirely. But I actually feel like my superpower is my anxiety. It’s one of my key motivators, and it’s at the center of my ambition.”

On her fear of a quarter-life crisis:
“I think I’m nearing it…or in it. . . . There’s nothing I can do. I just have to ride the wave. I fully have existential thoughts. What does it all mean? How are we here? What were we put on this earth to do? Then I’m like, ‘Zoey, just stop.’”

I admit that I didn’t know much about Zoey before this, but she seems charming, and she’s been steadily working since she was 15; she’ll turn 25 next month. The reporter notes that she’s had 14 roles in the past two-and-a-half-years alone. Her Zombieland: Double Tap co-stars Woody Harrelson and Jessica Lange both have great things to say about her and how impressed they were with her acting and professionalism. Midway through the interview, Zoey started asking Kate Williams questions, and it’s apparent that she was genuinely interested in the answers. She also read at least one of the reporter’s previous articles, too. Zoey seems to take her work as an actress seriously, and she also puts time and effort into interviews. Williams wrote that “Zoey is about to go from next big thing to big thing,” and I’m looking forward to it. 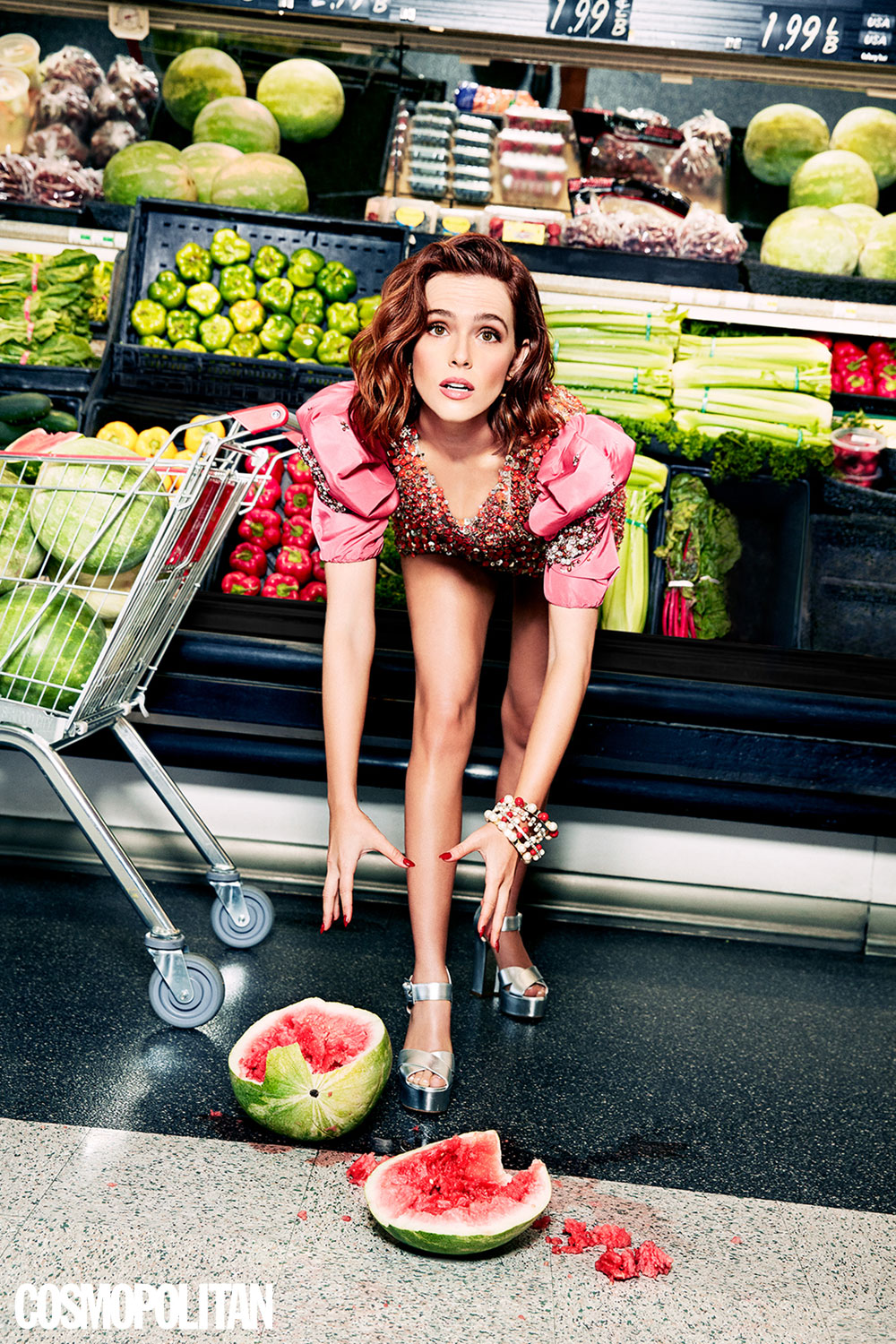 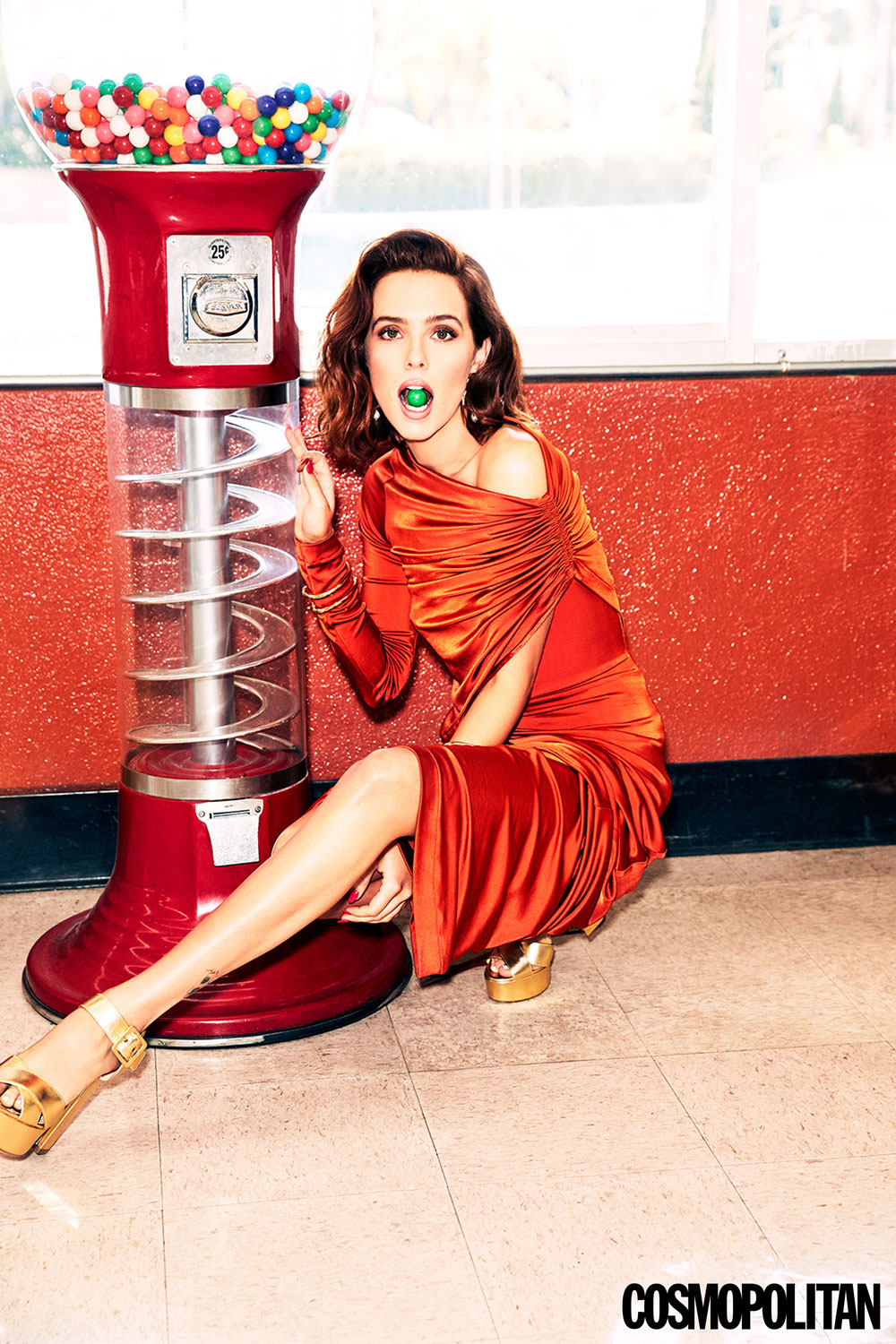 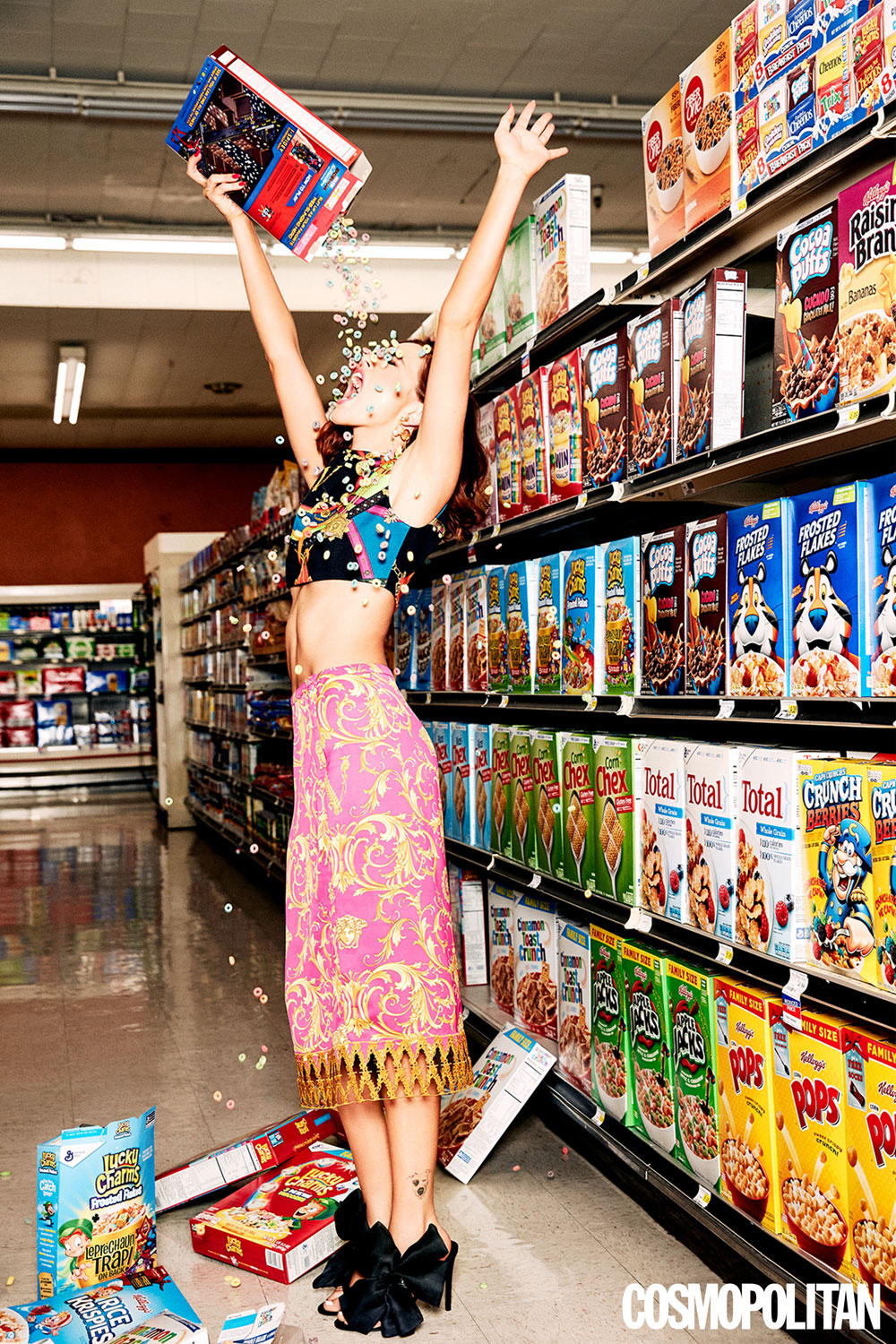