There’s absolutely no doubt about it: Simone Biles is one of the greatest American athletes. Since tumbling onto the scene at the 2016 Olympics, Biles has continued to prove her incredible athleticism in gymnastics, all the while making history with every flip, spin, and mid-air split. If you’re not wholly convinced, let’s just rattle off a few of her astonishing accomplishments. 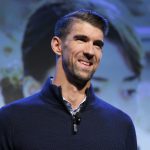 During the 2018 World Championships, Biles performed a Vault movement that was so difficult and unique, it was named after her. What’s more, that’s only one of four moves that bears the athlete’s name. But along with her brilliance and artistry on the mat, Biles is also a respectable sportsperson. Using her platform, Biles continues to stand for so much more than just the sport she participates in, consistently highlighting social issues and advocating for survivors of abuse — especially within the U.S. Gymnastics organization.

Simone Biles’s many accomplishments are truly awe-inspiring to so many, and not just because we can barely do a summersault. Her advocacy coupled with her athleticism makes her true champion, one we cannot help but celebrate and uplift. Take a look at some of the moments where she defied gravity below.