When we asked people around the world what sort of financial burden they bore for their higher education, we heard how much it varies from country to country. 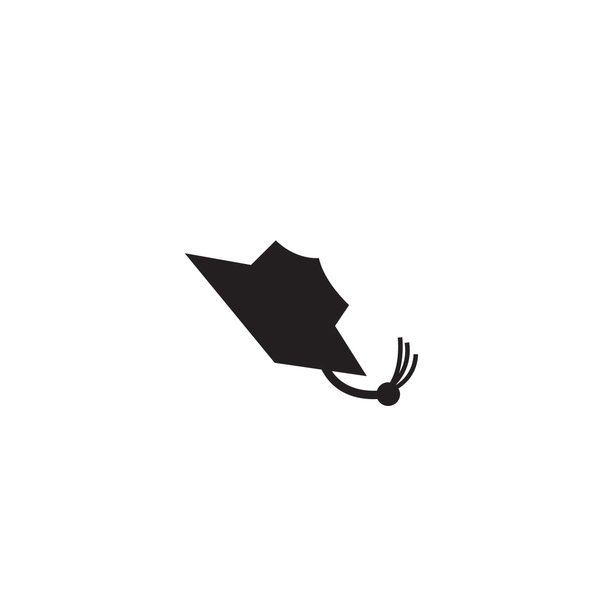 Morehouse College’s 2019 graduates don’t have to worry about crushing student debt, since the billionaire investor Robert F. Smith pledged last week to pay it all off. Neither do graduates of colleges in countries that offer affordable tuition and generous stipends.

As young adults wrestle with student debt in the United States, where it has reached $1.5 trillion, many recent graduates in some countries are debt free.

When we asked people around the world what they paid for their higher education and how they financed it, we received nearly 800 responses from more than 40 countries.

Below is a selection of the responses, which show how government policies can shape the personal and professional choices that young adults make as they begin their careers. The responses have been edited and condensed.

If you attended college, how did you pay for it? Please tell us in the comments section.

Denmark is among the countries in the Organization for Economic Cooperation and Development that spend the most on postsecondary education, at 1.6 percent of its gross domestic product. (The United States allocates 0.9 percent of its G.D.P.)

I attended the Technical University of Denmark from 2008 to 2013. All university is paid for by taxes. Books are maybe $500 per semester — lower than when I studied in the United States, but still a big expense.

Students who don’t live with their parents get a monthly stipend from the government of about $900 for living costs. Some people get more (if you have a child, for example). If you become pregnant during university, you get a year of parental leave, and you continue receiving the stipend. The stipend goes for up to six years (one year more than a typical bachelor’s and master’s degree). You can work part time up to a certain limit and still keep the stipend, but if you work too much and earn too much money, you have to pay back the stipend.

When we study abroad, we get to bring the tuition with us, and we apply for scholarships to pay other expenses like visas and plane tickets. I studied in Oregon for six months in 2011 and didn’t spend any of my own money.

Starting out with no debt is a huge relief. We can start saving right away for other life choices.

An increased emphasis on higher education attainment has led to 45 percent of Taiwan’s population aged 15 and older earning a technical college or university degree, a 10 percent increase over the last decade, according to the Taiwanese government.

I graduated from National Taiwan University in 2012 with two majors. My tuition was about $375 per semester. The amount was just a fraction of my parents’ monthly salary, so they helped pay.

Because I didn’t go into debt for college (who should, anyway?), I didn’t feel pressure to get a job immediately or feel the need for a high-paying one. Salary wasn’t my concern; I could do whatever I wanted for my career.

Government grants help undergraduate students pay for living costs and education fees in Ireland. Some students have protested the contribution fees of 3,000 euros ($3,360) a year, calling for a publicly funded education system like those elsewhere in Europe.

The government subsidizes undergraduate college education for European Union citizens, so technically my college degree was free. However, you’re required to pay a student contribution to your university, which works out to €3,000 annually, so I paid €12,000 for my degree.

I was extremely fortunate that my parents had put aside college money since I was born, so they covered my tuition, from 2015 to 2019. They also paid for my rent and groceries. I worked throughout my degree to supplement additional costs.

Because the cost of living in Dublin is super high, I was lucky to live in an accommodation that was pretty cheap, albeit gross. Because my parents paid for my degree, its cost did not affect my day-to-day life, but I definitely lived frugally.

The Labour Party, led by Prime Minister Jacinda Ardern, initiated a policy in 2018 that eliminates fees for postsecondary students’ first year. The policy is scheduled to extend to three years by 2024.

I’m in my third year of a six-year undergraduate medical degree at the University of Otago in Dunedin. My first year cost 7,000 New Zealand dollars ($4,600) and subsequent years cost 15,000 N.Z.D. Our government offers loans to all citizens, and residents who have been here more than three years. These loans cover full tuition (and they subsidize the rest of our fees, which, for medicine, are upward of 75,000 N.Z.D. a year). Students are also eligible for an additional loan or an allowance for living costs.

As a student doing one of the longest, most expensive degrees and living away from home, my loan will be about 140,000 N.Z.D. when I graduate. However, our government administers our loans, and we don’t get charged interest (unless you leave the country for more than a year), so I have never felt like I’m being crushed by it.

In Brazil, postsecondary education attainment increased to 17 percent of young adults in 2015 from 10 percent in 2010, according to the O.E.C.D. This is still one of the lowest rates among O.E.C.D. countries. Access to free public universities is extremely competitive, and the demand far exceeds the number of available spots.

I studied at a private college through a scholarship program funded by the federal government called Prouni (basically meaning “university for all” in Portuguese). This program was developed to help students from poor families have access to university; once selected, you have to prove that your family’s income fits the criteria. The students are selected through a national exam that we take after high school.

Even though there was no tuition, I had to move from the countryside to a city and support myself there. I attended a very expensive college, so I also had to deal with social differences because most of the students were from upper-middle-class households.

In 2017, President Rodrigo Duterte signed the Universal Access to Quality Tertiary Education Act, which provides free tuition to state and local universities and colleges, as well as state-run vocational schools.

I studied at the University of the Philippines Los Baños, a top institution in my country. For my first years, 2014 to 2016, the fees were based on my family’s socioeconomic status. The base fees were about $600 per semester. We were middle class and got a discount of 60 percent, so we paid about $240.

After 2017, because my university is a public one, I enjoyed the benefits of tuition exemption.

The costs affected my career a little. My practicum, the last requirement for my degree in nutrition, was the most expensive, about $1,400. My parents had a hard time attaining this. I will take the exam to be a nutritionist and dietitian in August.

The Student Awards Agency Scotland, a government entity, covers the full fees of eligible Scottish and E.U. nationals who apply; the payments are sent directly to the college or university. To qualify, students must have chosen a course that is funded by the agency and meet certain residency criteria. The Scottish government also sets the tuition rate for these students. For the 2019-20 academic year, tuition is as high as 1,820 British pounds ($2,300), depending on the program.

I’m a European citizen, so my undergraduate tuition at the University of St. Andrews, from 2012 to 2016, was paid by the Scottish government. My parents paid for my accommodation during those years, and I worked part time to fund all other expenses.

Now, my integrated master’s and doctoral degree is funded through the United Kingdom-based Economic and Social Research Council, Scottish Graduate School of Social Science. This covers tuition and a stipend of about £1,200 a month, which I supplement with part-time teaching and research assistant work at the university, as well as a part-time job in a cafe.

Because university was essentially free for me, I had a lot more freedom to pursue my interests, including further education and academic work.

The share of Turkey’s population aged 25 and older that had earned a bachelor’s degree or the equivalent increased to 14.8 percent in 2016 from 7.3 percent in 2004, according to the Unesco Institute for Statistics. (In the United States, one-third of adults in 2015 had a bachelor’s degree or more education, according to the United States Census Bureau.)

I attended Bilkent University in Ankara from 2006 to 2012 and didn’t pay for my undergraduate legal education. This was possible due to Turkey’s university entrance exam system. By ranking among the top 100 of more than 1.5 million exam takers, I attended a private university for free.

The government offers stipends to help cover living expenses. Based on the recipient’s income level, these monthly payments are either loans or grants. Exam takers who rank in the top 100 in different score categories receive three times this monthly amount regardless of their income level. This was how I covered my living expenses without burdening my parents.

For the 2017-18 academic year, the average cost of undergraduate tuition for Canadian full-time students was about 6,500 Canadian dollars ($4,800), according to Statistics Canada, a government agency. In 2010, the most recent year with available data, half of all students who earned a bachelor’s graduated with debt; the average was 26,300 Canadian dollars. (In 2018, people in the United States with outstanding education debt typically owed between $20,000 and $25,000.)

My parents and I had saved up for the cost of all school expenses. I worked during the summers to be able to pay for living expenses, and my parents helped me where they could so that I could focus on my studies without taking a part-time job during the school year. Because of the reasonable cost of the education, my parents’ forward-thinking approach and my decisions to work during the summer, I did not experience any financial hardships and I graduated without student debt.

Graduating debt free allowed me freedom of opportunity and choice to find my own path and try out different jobs, including working abroad. I was also able to find the right fit and industry, and to walk away from companies and bosses who treat employees unfairly.

A note to readers who are not subscribers: This article from the Reader Center does not count toward your monthly free article limit.

Lara Takenaga is a staff editor for the Reader Center. @LaraTakenaga