PALERMO, Sicily — Off the coast of Sicily, a rickety boat of migrants is in distress. Tossed by waves and drenched, women and children scream as a voice barks, “Jump and swim!” They do, but — as history shows — not everyone will make it.

This is the tragically familiar journey that has been made across the Mediterranean by countless migrants fleeing war and famine in recent times. But instead of transpiring in the sea between Italy and Libya, this scene was being enacted on the stage of the Teatro Massimo, an opera house in the Sicilian capital, Palermo.

Co-produced by the theater and by the Teatro di San Carlo in Naples, “Winter Journey,” which has its world premiere in Palermo on Friday, tells the story of desperate migration from troubled, war-torn countries to Europe, in all its indifference and rejection. 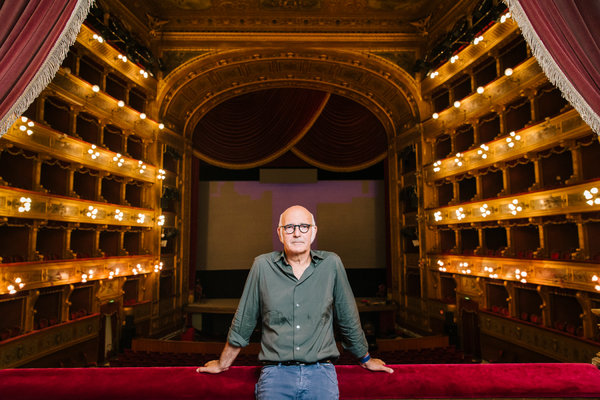 “It is a journey toward a country where they will find hostility, a cold welcome or perhaps no welcome at all, to a place where there is a winter of the soul,” said the Italian pianist and composer Ludovico Einaudi, who wrote the score of the opera to a libretto by the Irish novelist Colm Toibin. “It is a journey to a hostile world,” Mr. Einaudi said, “in which your soul can die.”

The story is told from the perspective of three characters: a man from an unnamed country moving from hardship to hardship as he seeks a better life in Europe, and the woman and child he has left behind. The choir serves as a Greek chorus, while a politician (a speaking role) intervenes intermittently with refrains that will be familiar to many European ears: “The boat cannot dock at our port,” “Why should we deal with this problem?” and, “We do not want strangers on our streets.”

Mr. Toibin said in a telephone interview that the work was “a simple story, almost a folk tale,” in which the main characters “sing their own stories,” focusing on the personal to “stir emotions.” But “Winter Journey” is not a simple call for open borders, he said. “Even though it is clear where my sympathies lie, I am alert to the complexity of the argument and that has to be registered.”

Mr. Einaudi is both a prolific composer (this year, he released “Seven Days Walking,” a series of seven albums that came out over seven months) and a versatile one, drawing on various influences.

African music — which Mr. Einaudi studied on the continent — informed the composition of “Winter Journey,” he said. “I am well acquainted with the instrumental and vocal nuances of that part of the world, and so in composing the orchestral parts, I created a nest in which these voices could nestle in a natural way.”

“They coexist very well and harmoniously,” he added.

“Winter Journey” is billed as an opera, but the main performers are not professionally trained opera singers — though they are well-known African artists. The man is played by Badara Seck of Senegal, the woman by Rokia Traoré of Mali, while the role of the child is sung by a boy, Leslie Nsiah Afriyie, who was born in Ghana and now lives in Palermo. Another boy, Mouhamadou Sazll, plays the role onstage.

The project was hatched in late 2017, when the theater asked Mr. Einaudi and the Palermo-born film and stage director Roberto Andò to come up with an opera about migration.

In an interview, Mr. Andò described the work as a eulogy, of sorts, for “the Europe that was and isn’t anymore. A world that we hoped had more strength, and instead risks faltering.”

At one point, the chorus recalls the time, not so many decades ago, when “Europe tore itself apart,” with “aerial bombing, fighting in the streets, and people fleeing through the night, hungry, cold, seeking refuge.”

“People have a habit of settling and forgetting” said Mr. Toibin, who is working on a novel about German exiles during World War II, when untold numbers of people were also displaced. “I wanted people to think about that,” he said.

Francesco Giambrone, the superintendent of the Teatro Massimo, said that the opera was a natural fit for Palermo, which has remained an open, hospitable city under the guidance of Mayor Leoluca Orlando, a dominant figure in local politics for the past 30 years. This year, Mr. Orlando refused to implement some of the hard-line anti-immigrant policies instituted by the previous Italian government.

The opera also fit into the Teatro Massimo’s vision of what an opera theater can be today. “It’s a theater that accepts the responsibility of interpreting the urgencies of the community, and in so doing helps the community to grow,” Mr. Giambrone said during an interview at the theater last month. Migration, he said, is one of the “most fundamental, global themes of the times, which in Palermo resonates especially profoundly, because the city is a port of hospitality. ”

A recent outreach program co-produced with the Rome Opera has taken performances out of the opera house and onto the streets, sometimes by way of a traveling show performed on the back of a truck, or by staging productions in low-income neighborhoods whose residents don’t tend to go to the opera much, if ever. For the past two summers, the Massimo has brought productions to the down-at-heel Danisinni quarter of Palermo, and what could have been a one-off experience has instead become a monthslong project including the creation of a choir of local residents to perform in the shows. This year, they sang in Rossini’s “La Cenerentola.”

“The theater should not be elitist,” said Mr. Giambrone, who raised eyebrows years ago when he encouraged patrons to come to the opera dressed casually. “We want to express a different model of theater in tune with the community.”

“Winter Journey” is Mr. Einaudi’s first attempt at composing an opera, though he has previously worked on projects that incorporate theater and dance. “I wanted it to be as real as possible,” without becoming rhetorical, he said. With Mr. Toibin, he added, he “found a line that is expressive of a sober, interior sentiment.”

Unlike many operas that play on the Teatro Massimo’s stage, “Winter Journey” doesn’t end heroically or tragically — but with uncertainty. A happy ending, Mr. Toibin said, “would have been too simple, and would have falsified the picture.” 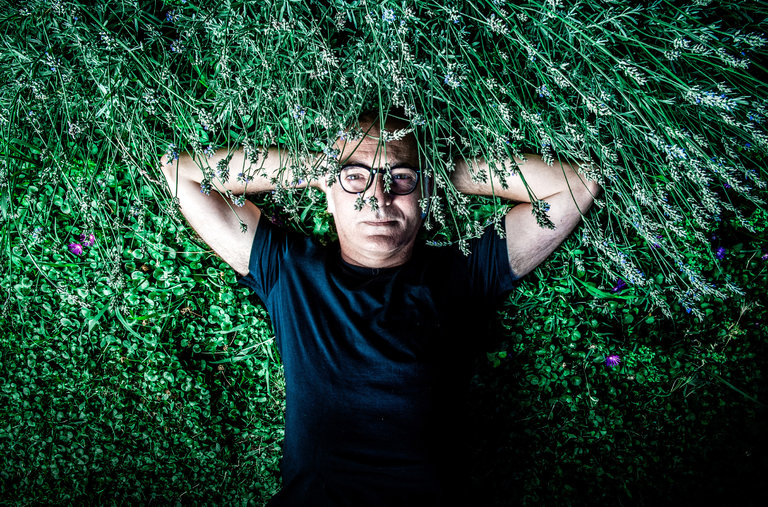 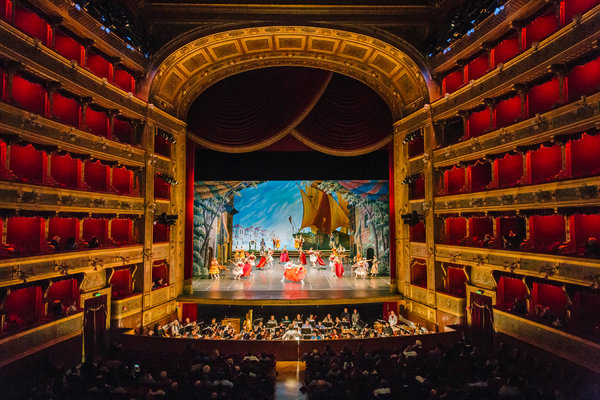 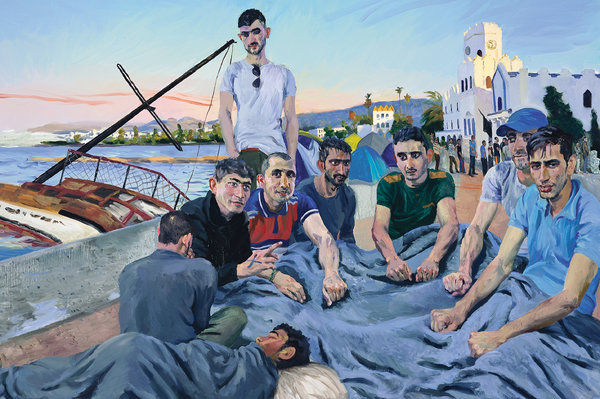 Elisabetta Povoledo has been writing about Italy for nearly three decades, and has been working for The Times and its affiliates since 1992. @EPovoledo • Facebook