This week’s standouts in streaming dance, plus online yoga classes for every mood. 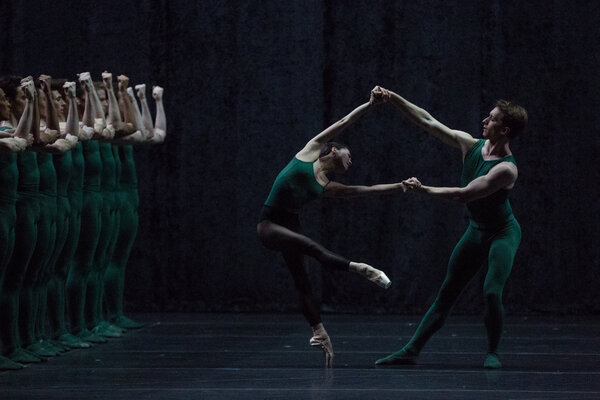 The choreographer William Forsythe’s work is mostly available online in snippets, so Boston Ballet’s “Forsythe Elements” is a terrific opportunity to take a closer look at his ballets. The program (available by subscription though Sunday), features substantial excerpts from six works — some filmed in November — “In the Middle, Somewhat Elevated,” “The Second Detail,” “Pas/Parts 2018” and “Artifact 2017,” and two newer pieces, “Blake Works I” and “Playlist (EP).”

The program opens with an upbeat extract from “Playlist (EP),” “Impossible” (set to the Jax Jones remix of the infectious song by Lion Babe). One of the new films, it nods to the Age of Covid by separating the dancers into individually filmed boxes, then juxtaposing the boxes onscreen, which emphasizes the counterpoints and musical timings of the choreography. Three sections from the sparer, more modernist “Pas/Parts 2018” follow, showing how Mr. Forsythe has taken George Balanchine’s expansions of classical form — the elongated extensions of legs and arms, the precarious tensions of weight and balance — into more extreme terrain. (The masks worn by the dancers look oddly natural in this piece.)

The program also includes a conversation among Mr. Forsythe and six Boston Ballet dancers, in which they discuss dancing with masks (Chyrstyn Fentroy has a pro tip: a face bracket, a scaffold-like support for the mask, keeping it away from the skin); mental strategies for getting through this moment; and meaning in contemporary ballet: “The step is the point” in Mr. Forsythe’s work, Patrick Yocum, a principal dancer, says. 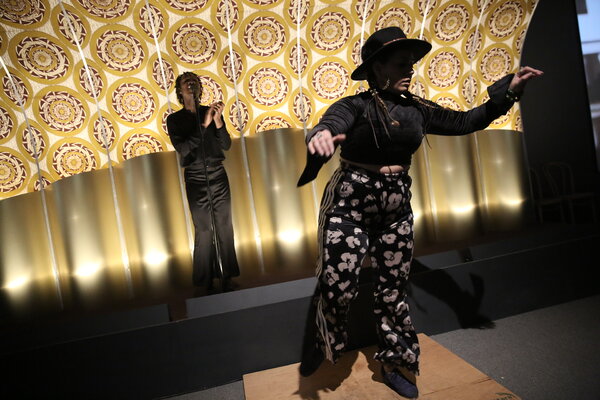 For dance lovers, one of the very few silver linings of the pandemic has been the increased visibility of experimental or non-mainstream work onscreen. The four current offerings at the Joyce Theater (online through Dec. 9) are good examples — and testament to the interest that the Joyce’s programming director, Aaron Mattocks, has in diverse performers and genres.

The lineup features a marvelous, heartwarming tap concert from Michela Marino Lerman and her band, Love Movement, filmed at the Whitney Museum of American Art last year; works by the Pioneer Collective, a Miami-based group of artists committed to queer visibility and inclusivity; a full-length piece, “Fecha Limite (Expiration Date),” by a Colombian company, Sanfoka Danzafro, that explores the dance of that country’s Afro-descendent population; and dances from the Thunderbird American Indian Dancers, with concise, informative descriptions by its director, Louis Mofsie.

Each is around 50 minutes long, and all are worth watching, but I was particularly struck by the powerful work of the Pioneer Winter Collective, which includes “Gimp Gait,” a duet for the group’s founder, Pioneer Winter, and Marjorie Burnett, a dancer with cerebral palsy. “Every body is important and valuable, but somehow we’ve been told there is only room for certain bodies,” Mr. Winter says in an opening interview. Talking about the experience of working in a pandemic, he is sanguine. Artists thrive on obstacles, he says: “If you treat this like an endurance performance, you get something different out of it.”

Matthew Bourne and his company New Adventures have long specialized in large-scale storytelling through dance. Unable to create new work in the current conditions, Mr. Bourne decided to offer three female choreographers, all dancers in his troupe, the chance to make short films with the financial support and artistic mentorship of the company.

The series is called Adventures in Film, and the first one, “Nostos,” by Tasha Chu, is already available on YouTube; the next two, by Anjali Mehra (“Little Grasses Crack Through Stone”) and Monique Jonas (“Checkmate”), will be released on Friday and Dec. 12. (All will remain online indefinitely.)

Unsurprisingly, given Mr. Bourne’s influence, each film tells a story and is sensitively and imaginatively directed. Perhaps most ambitious is Ms. Mehra’s “Little Grasses,” based on a little-known radio play by Sylvia Plath that evokes the lives and struggles of three women. Beginning in sepia tones and moving into color, Ms. Mehra manages to suggest the women’s struggles around femininity, fertility, motherhood and independence, skilfully weaving the dancers — and their individual stories — together.

Miami City Ballet has also commissioned new filmed work from female choreographers, and the first of these, “Places,” by Claudia Schreier, is on the company’s YouTube channel. Unlike the New Adventures pieces, it is abstract and balletic, a sextet for two women and four women, danced — and filmed, by Alexander Izliaev — with verve and wit.

Are you feeling energetic? Exhausted? In need of detoxifying or meditative centering? There are classes for every mood in Cat de Rham’s free Online Yoga Teaching channel, from “Bed-Head Wake-Up” to “Peaceful and Grounding” to a course for beginners. The soothing-voiced Ms. de Rham practices Iyengar Yoga, a rigorous but accessible method that focuses on alignment, and she gives clear, concise instructions and relaxed alternatives if you are struggling with poses. Most of the classes are around 50 minutes, but if you don’t have the time, Ms. de Rham has a solution; the 20-minute “Nutritious Quickie.”