For half a century Plácido Domingo has been one of opera’s most beloved figures: a heartthrob tenor, a leader of opera companies and an ambassador for the art form who, at 78, continues to be a box-office draw in an era of diminished star power.

So when a report last week revealed that nine women were accusing Mr. Domingo of sexual harassment, it became the latest high-profile example of the complexities of the #MeToo era — and it divided the classical music world.

Some of the fault lines were geographic. Two American institutions, the Philadelphia Orchestra and the San Francisco Opera, swiftly canceled their upcoming concerts with him, citing their need to provide safe environments. But none of Mr. Domingo’s many upcoming performances in Europe were canceled, as presenters there decided on a wait-and-see approach.

Singers were divided, too. More than two dozen rallied to Mr. Domingo’s defense, offering testimonials about his kindness and professionalism. One of opera’s biggest divas, Anna Netrebko, wrote on Instagram that she was looking forward to sharing the stage of New York’s Metropolitan Opera next month “with fantastic Placido Domingo!”

But some others took to social media to urge that the accusations should be taken seriously in light of classical music’s belated reckoning with harassment and abuse.

The tenor Paul Appleby said that while he had long admired Mr. Domingo, he was troubled by the way some people, including colleagues, had been quick to dismiss or even mock the accusers. He asked on Twitter: “1. Do you think the women whose stories were published are lying or being ‘inaccurate’? 2. If not, do you find the behavior of PD described in the reporting defensible?”

The allegations against Mr. Domingo, which were reported by The Associated Press, were made by eight singers and a dancer, all but one of whom spoke anonymously, who said that he had used his immense power in the opera world to try to pressure them into sexual relationships. Some described repeated, harassing phone calls; several said that they believed their careers had been harmed when they rebuffed him.

In a statement, Mr. Domingo called the allegations “as presented, inaccurate,” but called it “painful to hear that I may have upset anyone or made them feel uncomfortable — no matter how long ago and despite my best intentions.” He said that he believed that “all of my interactions and relationships were always welcomed and consensual,” and added that “the rules and standards by which we are — and should be — measured against today are very different than they were in the past.”

The Domingo case is reviving some of the most difficult questions of the #MeToo era: how to investigate allegations of wrongdoing, particularly those from unnamed accusers; when to cut ties with the accused and when to defer judgment; and what punishments, if any, are called for. Mr. Domingo’s stardom — as one of the Three Tenors, along with Luciano Pavarotti and José Carreras, he sang on the best-selling classical recordings of all time — only heightens the stakes.

Like their counterparts in Hollywood, politics, journalism and other fields, some of the classical music titans accused of sexual misconduct have effectively disappeared from the world stage, while others have gone on to second acts. The conductor James Levine has not performed in public since he was fired by the Metropolitan Opera last year after it found evidence of sexually abusive and harassing conduct; he settled a breach-of-contract and defamation lawsuit against the company this month. But within months of the conductor Daniele Gatti’s firing by the Royal Concertgebouw Orchestra of Amsterdam last year amid allegations of sexual harassment, he was appointed music director of the Rome Opera.

Most critical will be the outcome of an investigation by the Los Angeles Opera, which Mr. Domingo was instrumental in founding in 1986. Since 2003 he has been its general director, making him the public face of the company and its top administrator, although with his travel schedule, many of the day-to-day responsibilities of running it fall to Christopher Koelsch, its president and chief executive. Several of the accusations against Mr. Domingo concern encounters in Los Angeles, including as he began assuming power there.

The Met and several leading European companies said they would await the results of that inquiry before taking any actions of their own. But Mr. Domingo’s future will also be determined by a more intangible question: whether the good will he has built up with audiences over the decades will neutralize the damaging accusations against him.

Several colleagues who worked with him for years said that they were genuinely surprised by the accusations — saying that they had seen him as a someone who might flirt or make a pass at women, but not harass them. In this era, many people now see that as a distinction without a difference, especially when the person involved is in a position of power.

When a group of women in the chorus of Washington National Opera — a company Mr. Domingo led for 14 years, until 2011 — had a party last summer, the talk turned to the #MeToo movement in opera, recalled two of the choristers who attended.

The consensus that day had been that Mr. Domingo would not turn out to be a person accused of wrongdoing, said the choristers, who declined to be identified because they still worked for the company and were describing a private event.

They said several women in the chorus regarded Mr. Domingo, who has been married for more than 50 years, as someone who might proposition women or have an affair — but not as someone who would abuse his position, or fail to take no for an answer.

Then another singer spoke up: She told the others that she had had a different, more troubling experience with him. Some choristers began to rethink their assumptions. 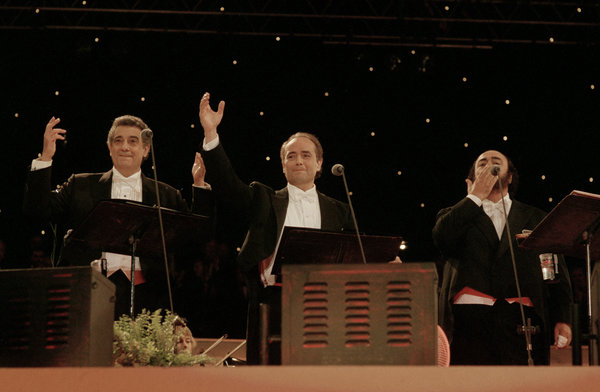 After the allegations were made public last week, the American Guild of Musical Artists, the union representing opera soloists, choristers and ballet dancers, announced that it had contacted opera companies to demand investigations and that it would “closely monitor this situation, making the safety of our members our first priority.”

But Mr. Domingo’s next appearances, in a concert version of Verdi’s “Luisa Miller,” on Aug. 25 and 31 at the Salzburg Festival in Austria, are going on as scheduled. Helga Rabl-Stadler, the festival’s president, said that Mr. Domingo was entitled to a presumption of innocence, using the Latin phrase “in dubio pro reo,” or, when in doubt, for the defendant.

“I would find it factually wrong and morally irresponsible to make irreversible judgments at this point,” she said in a statement on Tuesday, the day The A.P. published its report.

That same day, two American institutions severed ties with Mr. Domingo — not an easy decision, given how much of a star he is, even after he gave up his high-flying tenor repertory to sing lower baritone roles.

When the Philadelphia Orchestra rescinded its invitation for Mr. Domingo to star at its season-opening gala next month, it said that it was “committed to providing a safe, supportive, respectful, and appropriate environment for the orchestra and staff, for collaborating artists and composers, and for our audiences and communities.” A few hours later the San Francisco Opera canceled his highly anticipated October concert there.

It followed something of a pattern. Europeans are seen as generally more willing to separate the artist from the art. Woody Allen, for example, has had trouble finding distributors for his films in the United States amid renewed focus on allegations that he had molested his daughter, which he has consistently denied, but he continues to work in Europe.

In the United States, where gender inequality is a foremost concern, harassment accusations are often considered toxic. RT, the Kremlin-backed news site, remarked on the split with a piece headlined: “Innocent until proven guilty? Not for Plácido Domingo: Americans race to condemn, Europeans hesitant.”

Mr. Domingo’s next scheduled American engagement is perhaps his biggest of the year: singing the title role of Verdi’s “Macbeth” on Sept. 25 at the Met, and sharing its stage for the first time with Ms. Netrebko. It is nearly sold out.

The Met is an important artistic home for Mr. Domingo, who has starred in more opening night performances there than anyone else (21, beating Enrico Caruso’s 17). The company spent last season celebrating the 50th anniversary of his Met debut; he was presented with a piece of its stage.

He is still on the bill for “Macbeth.” But the company said in a statement that it is awaiting the results of the Los Angeles investigation “before making any final decisions about Mr. Domingo’s ultimate future at the Met.” 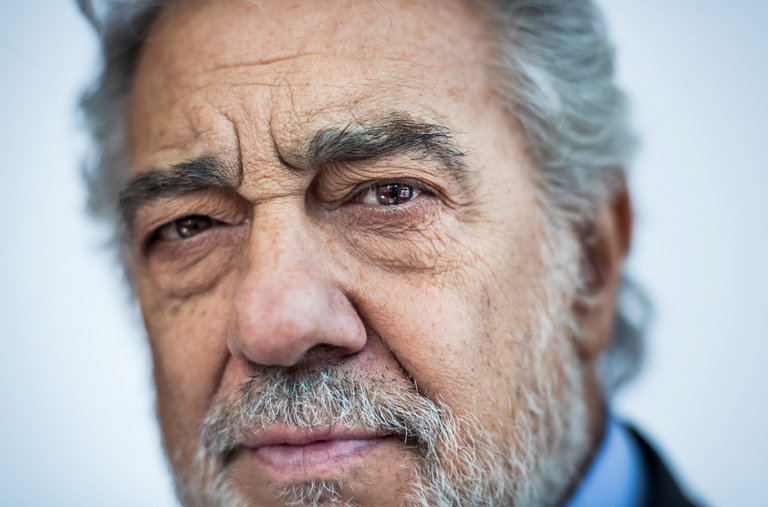 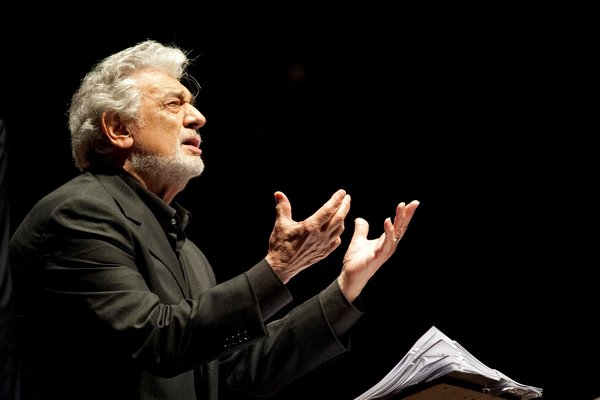