Bryan Fonseca, the founder of a notable company, died of complications from Covid-19. But at the theater named for him, the show goes on. 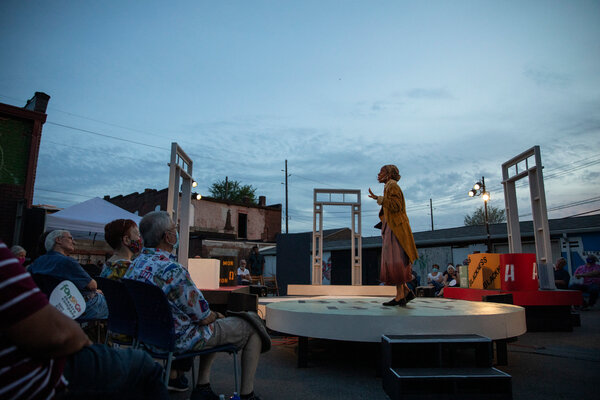 INDIANAPOLIS — On a breezy, 80-degree evening, the sun still in the sky, the actor Chandra Lynch walked to the center of the Fonseca Theater Company’s outdoor stage-in-the-round. At her back was a semicircle of oversized blocks, each with printed words that together formed the sentence “Blackness iz not a monolith.”

She turned to face a section of a dozen mostly white audience members, part of the sold-out opening night crowd of 50.

“White folks call what I’m about to do ‘exposition,’” she said, her mouth visible through a clear face shield. “But the Black folks in the audience know I’m about to preach.”

The Fonseca Theater, located in a working-class neighborhood on the city’s west side whose actors are more than 80 percent people of color, staged its first show on Friday night since its founder, Bryan Fonseca, died from complications from Covid-19 last September.

And not just any show — the world premiere of Rachel Lynett’s play “Apologies to Lorraine Hansberry (You Too August Wilson),” a metafictional meditation on Blackness that was recently selected as the winner of the 2021 Yale Drama Series Prize, one of the most prestigious awards for playwrights. 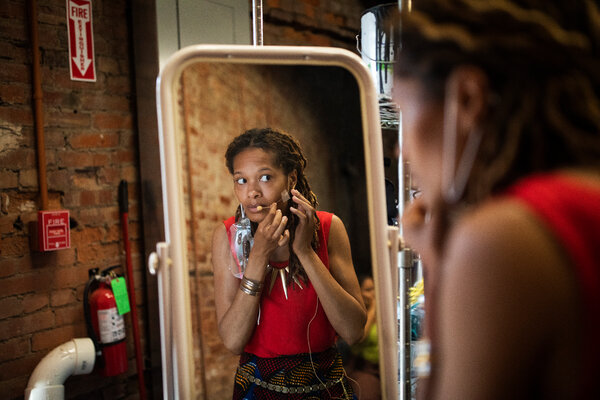 “This play allows us to just be 100 percent, unapologetically Black,” said Latrice Young, who plays Jules, a young queer woman who chafes at the regulations of her all-Black community. “There aren’t a lot of spaces outside the home environment where I can do that.”

Friday’s sold-out premiere, held in the theater’s parking lot, was the culmination of a nearly nine-month journey back to the stage after Fonseca’s death — and one of the first shows to be held in Indianapolis since the pandemic closed theaters across the country in March 2020.

And it was far from easy. The theater’s 27-year-old producing director, Jordan Flores Schwartz, had to adjust to taking on a top-dog role she hadn’t been expected to assume for years. Then the comeback was pushed back by two weeks after rain delays put the theater behind on set construction — and two of the actors tested positive for the coronavirus four days before opening night.

“It’s been a journey,” said Schwartz, who is juggling her new role with coursework for a master’s degree in dramaturgy from Indiana University. “But there was never a question of whether we would continue. We had to.”