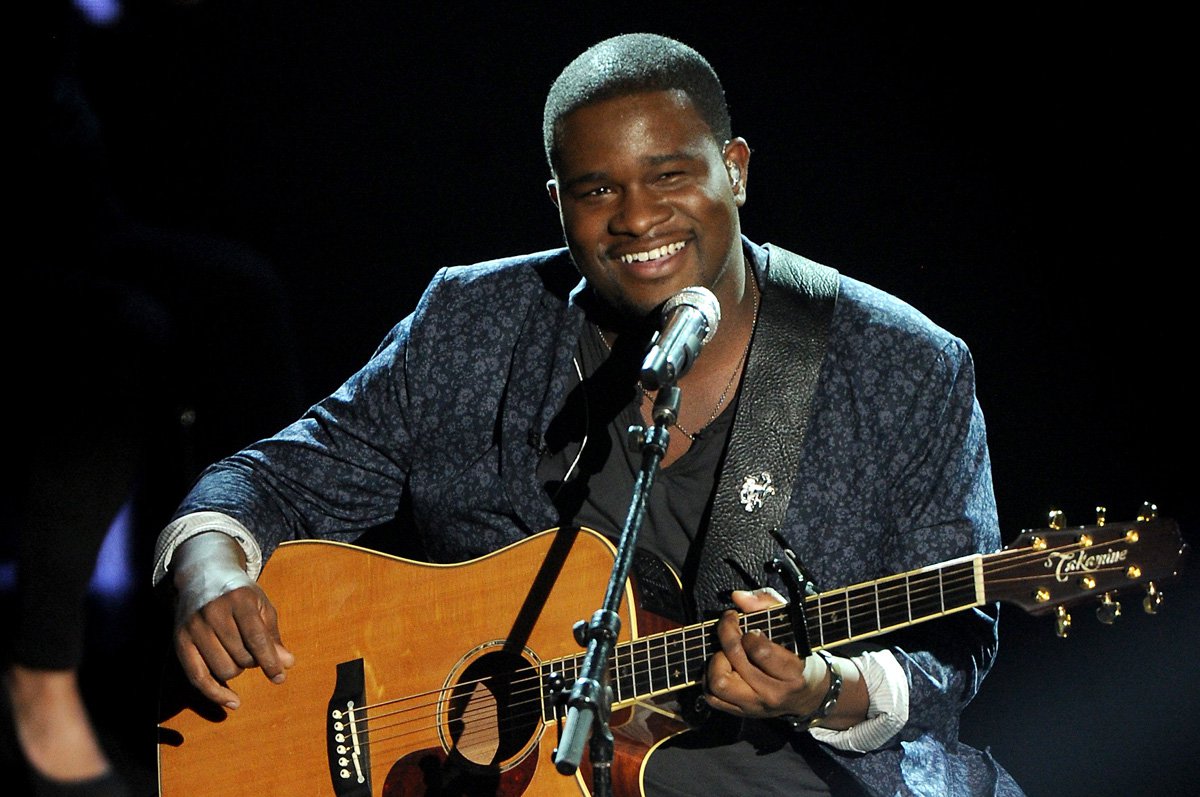 American Idol star CJ Harris has died at the age of 31.

The musician, who competed in the competition in 2014, was rushed to hospital after an apparent heart attack in Alabama on Sunday.

TMZ reports that he was taken in for medical treatment on Sunday but was later pronounced dead.

Harris came to fame on season 13 of the singing competition, impressing judges Keith Urban, Jennifer Lopez and Harry Connick Jr with his talent.

In his audition, in Salt Lake City, he performed a cover of Soulshine by the Allman Brothers Band – dedicating his rendition to his dad.

He sailed through to the next round, with Lopez explaining that she ‘really liked’ his performance.

‘There’s something about the entirety of what you are, it’s really a vibe that you have that was very pleasant,’ Connick agreed.

‘You sing because you have to sing, not because you want to sing,’ Urban said. ‘And I mean that in the deepest way. And that’s why it’s so believable and real.

‘I just believed it and I felt it.’

Harris ended up making it into the final six before he was eventually eliminated, with Caleb Johnson going on to win the show.

During the competition, he spoke of how important it was to have time with his son, Jordan, who helped him put the series into perspective.

‘It really helped me out a lot to get away and have my son with me,’ the late star told People Magazine of the little one – who was two years old at the time.

‘I would get done with my day around 7pm and would run over there and stay with him until around 1am.

‘It reminded me that I have something to do. I just stayed focused on working on my pitch and my rhythm on my guitar.

‘I loved spending time with him because I don’t know when I’ll see him again.’

Harris kept a low profile following the show, but continued exploring his passion for music – sharing videos while performing original songs and covers on social media.

In his most recent Instagram upload, from three days ago, he could be seen with his guitar on stage in Alabama.

‘Photos from the 2022 Frog Level in Fayette, Alabama,’ he captioned the upload.

This is a breaking news story, more to follow soon… Check back shortly for further updates.

For more stories like this, check our entertainment page.

Follow Metro.co.uk Entertainment on Twitter and Facebook for the latest celeb and entertainment updates. You can now also get Metro.co.uk articles sent straight to your device. Sign up for our daily push alerts here.