Elizabeth Chambers has been watching everything in her life unravel in a very public way — from the end of her marriage to Armie Hammer to the allegations about her estranged husband’s abusive behavior. She finally decided to break her silence on social media with a simple statement that sum up how we all feel: “No. Words.” 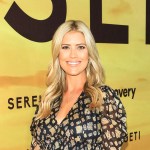 Her comments were spotted by the Instagram account @commentsbycelebs on a Just Jared post about Hammer’s former Call Me By Your Name colleagues, actor Timothée Chalamet and director Luca Guadagnino. The duo is teaming up for a horror-love story that features cannibalism called Bones & All and because the truth is stranger than fiction, this is exactly what Hammer is being accused of by several alleged former sexual partners.

Hammer’s former girlfriend Paige Lorenze described some of the painful moments she endured to Page Six, “He would cut off underwear or bras and use the knife and put it all over my body,” she said. “I kind of sat back and let it happen. I didn’t really know what to do or say… As sad as that is, I wanted him to like me and feel like I was down for what he wanted.”

While Hammer has denied all of the allegations, he “dropped out” of Shotgun Wedding with Jennifer Lopez and the upcoming Paramount Plus series The Offer, about the making of The Godfather. “I’m not responding to these bullshit claims but in light of the vicious and spurious online attacks against me, I cannot in good conscience now leave my children for 4 months to shoot a film in the Dominican Republic,” Hammer told Variety after exiting Shotgun Wedding.

After 10 years of marriage, Chambers and Hammer split this past July and are currently in the Cayman Islands raising their two children, daughter Harper, 6, and son, Ford, 4. She stayed there to safely wait out the pandemic since COVID-19 cases are lower in the islands, and Hammer returned to the Cayman Islands to spend time with the children during the holidays. Now, staying there also seems like his best bet to avoid the media crush that awaits him when he comes back to the U.S.

Before you go, click here to see all the celebrity breakups in 2020.