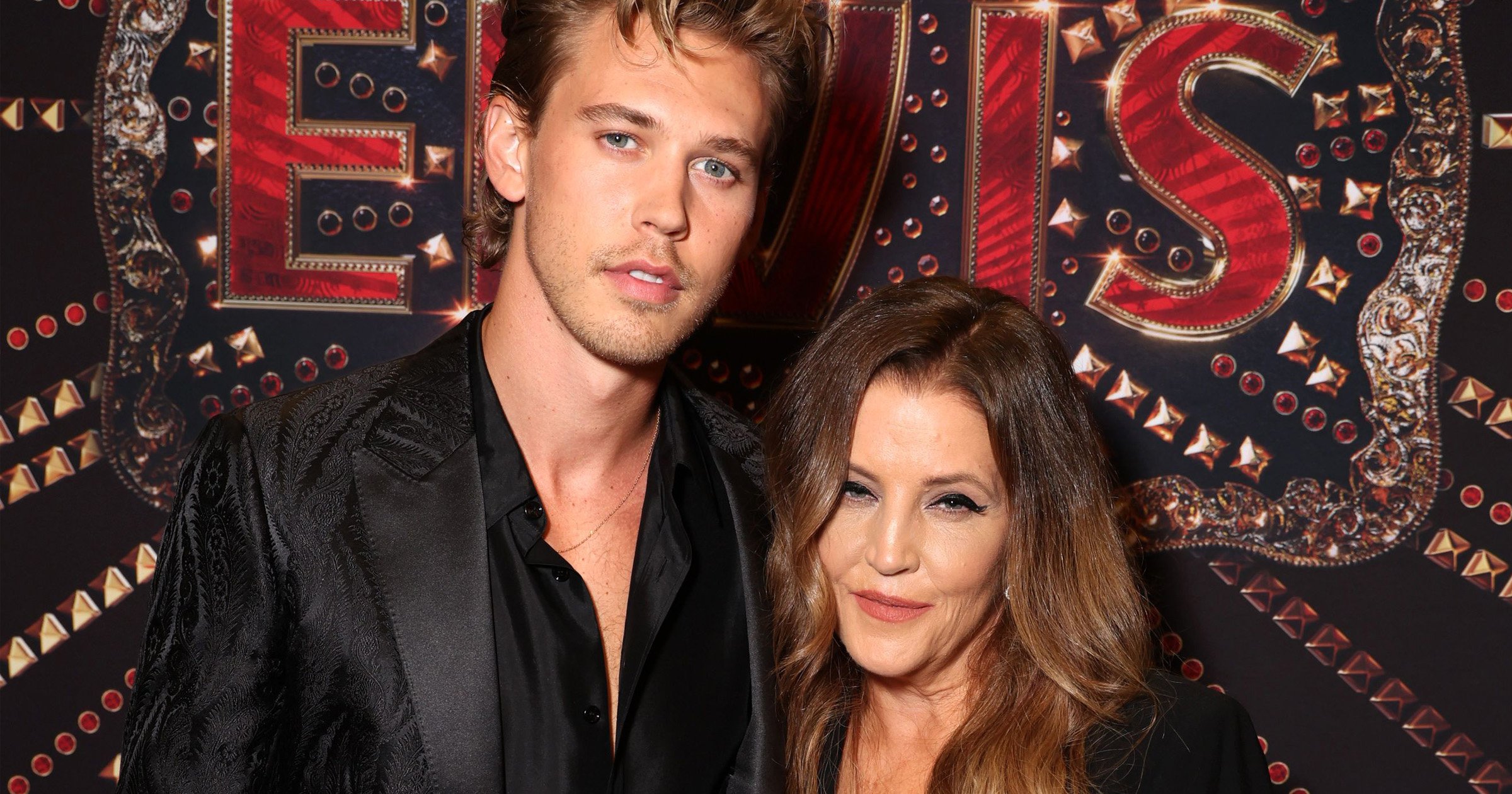 Austin Butler – who played Elvis Presley in the award-winning biopic – attended the memorial for Lisa Marie Presley at Graceland.

Joined by girlfriend and model Kai Gerber, 21, the movie star, 31, cut a solemn figure as he arrived at the service at the Jailhouse Rock singer’s sprawling estate.

Elvis director Baz Luhrmann sat behind the pair with his wife, costume designer Catherine Martin, in the third row.

Butler was seen giving teen Finley a long hug, minutes before the start of the service.

Priscilla gave an emotional speech and read poems from her granddaughter and from Riley, with Guns N’ Roses’ Axl Rose and Alanis Morissette performing.

Paying tribute to Presley following her death, Butler said his heart had been ‘shattered.’

‘My heart is completely shattered for Riley, Finley, Harper and Priscilla at the tragic and unexpected loss of Lisa Marie,’ he said in a statement sent to Variety.

The star continued: ‘I am eternally grateful for the time I was lucky enough to be near her bright light and will forever cherish the quiet moments we shared. Her warmth, her love and her authenticity will always be remembered.’

Filmmaker Luhrmann also paid his respects by sharing to social media a snap of Presley with Butler.

He wrote: ‘Over the last year, the entire Elvis movie family and I have felt the privilege of Lisa Marie’s kind embrace.

‘Her sudden, shocking loss has devastated people all around the world. I know her fans everywhere join me in sharing prayers of love and support with her mother, Priscilla, and her wonderful daughters Riley, Finley and Harper.’

Luhrmann concluded: ‘Lisa Marie, we will miss your warmth, your smile, your love.’

Lisa Marie was full of praise for Austin’s portrayal of her father, having said at the Golden Globes just two days before she died: ‘It was mind-blowing. Truly mind-blowing. I really didn’t know what to do with myself after I saw it. I had to take like five days to process it, because it was so incredible and so spot on and so authentic.’

Following the late singer’s funeral, as well as being invited to say goodbye to Presley, members of the public were encouraged to donate to The Elvis Presley Charitable Foundation in lieu of flowers.

Members of the public were invited to say goodbye to Presley, but also encouraged to donate to The Elvis Presley Charitable Foundation in lieu of flowers.