Wait a minute, is Bennifer back?! It’s been about 17 years since Jennifer Lopez and Ben Affleck called off their engagement, shattering the hearts of fans everywhere. So when we heard that Lopez and Affleck have been spending time together in the days since her split from fiancé Alex Rodriguez, we were left stunned. Apparently, since their early aughts relationship the two have remained good friends — though if you would have asked us a week ago, Affleck wouldn’t have been the ex we would have placed our bets on J.Lo spending time with. Here’s what we know so far. 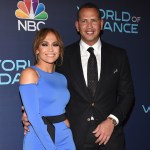 While Lopez and Affleck haven’t been photographed together yet, Page Six revealed that Affleck has been spotted multiple times being picked up by the “Hustlers” star’s security in her white Escalade SUV and taken to her mansion before discreetly being dropped off back at his home hours later. “Security picks him up at a nearby location and drops him off after spending a few hours at her house,” the insider said.

The former couple has been caught repeating this cycle at least three times since Lopez returned home to Los Angeles from shooting her new film “Shotgun Wedding,” in the Dominican Republic. As for fans who are hopeful of a Bennifer reunion, never say never, but it seems as though the two are keeping their relationship strictly friendly — at least for now. “They are friends … they’ve never not been,” the insider said.

Since her breakup with Rodriguez, Lopez has reportedly been relying on another ex, too: Marc Anthony. Anthony has acted as a support system and the two have a great co-parenting dynamic with their twins, Max and Emme, that they’ve established over the years.

It’s great to see that Lopez isn’t one to hold on to any grudges with her former beaus and that she’s able to amicably speak to at least two of them. As she navigates her split with A-Rod as well as the business entanglements they created together, Lopez’s track record suggests she isn’t the kind of person afraid of confronting — and moving past — any awkward moments. We expect Lopez to be nothing less than the calm, cool, and collected star we’ve always viewed her to be.

Click here to see celebrity exes who will always be friends.