The New York Public Library for the Performing Arts announced an ambitious program in 1970 to preserve evanescent theatrical performances for posterity on film. Betty L. Corwin was described as assisting the man in charge, the chief of research.

But the project, which would become the renowned Theater on Film and Tape Archive, was the charismatic Ms. Corwin’s baby. She proposed it to the library in 1969 and, told that she could pursue it as a volunteer, coaxed it into being through a feat of extraordinary diplomacy, persuading each theatrical union that recordings would neither lead to piracy nor harm the box office.

“That’s the only way that programs get started,” the Pulitzer Prize-winning playwright Paula Vogel, whom Ms. Corwin hired to be her secretary in the early 1980s, said in an interview. “As one-woman shows.”

Ms. Corwin quickly became the archive’s director and relentless fund-raiser, and remained so until she stepped down in 2000 at 80. She was 98 when she died on Sept. 10 at her home in Weston, Conn.

The still-growing archive — which at last count held 8,127 recordings, including artist interviews and theater-related films and television programs — has long been a rich resource for artists, students and researchers.

When Audra McDonald was preparing to perform in “Frankie and Johnny in the Clair de Lune” on Broadway this summer, she went to the library to watch the archive’s 1988 recording of the original Manhattan Theater Club production, starring Kathy Bates. The week that Mike Nichols died in 2014, he had an appointment to look at “Master Class,” a version of which he was planning to direct for HBO. 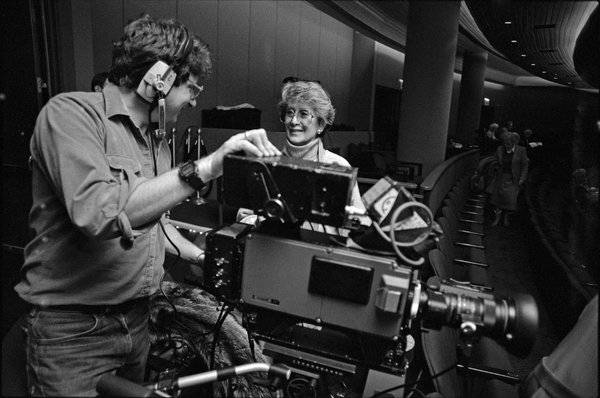 Before Ms. Corwin floated her idea to the library, researchers relied on remnants like programs, press clippings, design drawings and still photographs to gain a sense of past productions.

Patrick Hoffman, Ms. Corwin’s successor at the archive and its assistant director for several years before that, recalled her lamenting that great original productions she had seen — like “The Glass Menagerie” with Laurette Taylor and “A Streetcar Named Desire” with Jessica Tandy — were preserved only in memory.

And so the archive did, making its first recording in the autumn of 1970: the obscure Japanese avant-garde Off Broadway rock musical “Golden Bat.” It wasn’t until January 1974 that Ms. Corwin added her first Broadway show to the collection: “Liza,” which Liza Minnelli performed at the Winter Garden Theater at the height of her fame. Another early coup for theatrical history was the Public Theater’s pre-Broadway production of “A Chorus Line,” in 1975.

The collection includes every play in August Wilson’s 20th-century cycle, starting with “Ma Rainey’s Black Bottom” in 1985; the 1978 New York Shakespeare Festival production of “The Taming of the Shrew,” starring Meryl Streep and Raul Julia; the original Broadway production of “Angels in America,” recorded in 1994; and the 1988 Lincoln Center Theater production of “Waiting for Godot,” starring Robin Williams and Steve Martin.

Ms. Corwin and the archive won a special Tony Award in 2001.

Which shows are recorded depends on permission from the production, the judgment of the archive’s director and, crucially, the means to pay for it. The producer Harold Prince was such a supporter of the archive, Mr. Hoffman said, that he established an endowment to help it document musical theater. Some shows, like the recent Broadway musical “The Prom,” pay for their own taping.

All that’s generally required to watch the recorded productions, which become available after a show closes, is a New York Public Library card (or, for out-of-staters, a temporary visitor’s card) and a valid research purpose.

Betty Linkoff was born in New York City on Nov. 19, 1920, to James Linkoff, a bookmaker, and Mae (Rosenberg) Linkoff, a homemaker. She grew up in Manhattan.

She worked as a script reader in a theatrical office and married Henry Corwin, a dermatologist, in 1943, eventually moving with him first to Westport and then Weston, Conn. She helped establish a progressive bookshop in Westport and volunteered in the psychiatric emergency room of Jacobi Hospital in the Bronx. 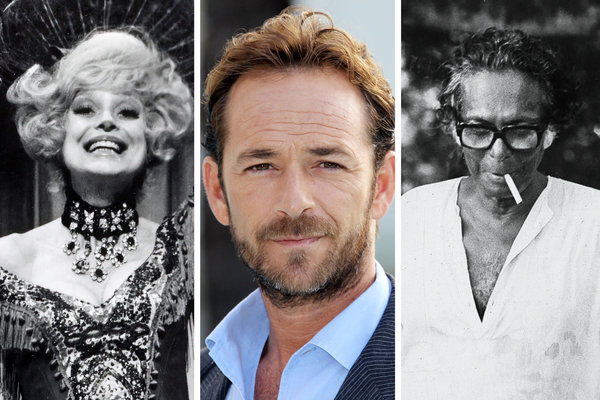 She played tennis, cooked gourmet meals and wrote funny lyrics and poems. She raised her three children to a soundtrack of cast recordings and often piled the family into the car to see shows in New York. In the ’60s, her daughter said, she marched for civil rights.

Ms. Corwin was in her late 40s, and her two younger children were adolescents, when she began her remarkable second act. The prompt came from her sister-in-law, the theatrical agent Helen Harvey. Knowing that Ms. Corwin wanted to get back into the theater, she suggested filming shows.

As Ms. Corwin built the archive, she gradually transformed herself into a force in the American theater. Tiny, tenacious and meticulously put together, she charmed stagehands on show-taping days, when their help was essential, by habitually arriving with a stash of Hershey bars, Mr. Hoffman said.

Ms. Corwin savored her late-blossoming career. It was only last year that she retired from the League of Professional Theater Women’s Oral History Project, which she founded and produced for 26 years.

Ms. Corwin’s husband died in 2006. In addition to her daughter, she is survived by her sons, John and Tom; three grandchildren; and two great-grandchildren.

The stage director Lonny Price, who called Ms. Corwin’s contribution to the theater “enormous,” noted that preserving shows allows their worth to be evaluated over time, regardless of their original reception.

“Five years later you look back and go, ‘Oh, I don’t know why they didn’t like that. It’s really first-rate,’” he said. The theater archive, he added, means “someone can point to it and say, ‘Judge for yourself.’”