NEW YORK (Reuters) – Four dogs advanced to the final round of the Westminster Kennel Club Dog Show on Monday, including crowd-pleasers Bono the Havanese and Siba the standard poodle, who will compete in a pool of 7 for the “Best in Show” crown on Tuesday in New York.

The top dogs declared in the hound, non-sporting, herding and toy groups on Monday stood out among the more than 2,600 dogs entered in Westminster, the most prestigious annual event for show dogs in the United States.

Bono the Havanese seized Westminster’s toy group title for the second year in a row, drawing shouts of glee from the crowd of thousands at Madison Square Garden as he trotted around the ring, his floor-length silk coat flowing behind him.

“He has something that makes people look at him,” said Taffe McFadden, Bono’s handler, in an onstage interview.

A black standard poodle named Siba maintained her breed’s tradition of dominating the non-sporting group, becoming the 31st standard Poodle to win the group after she wowed the crowd with her towering crest of fluff.

Bourbon the whippet beat out crowd favorites like the beagles and basset hound to win the hound group, and Conrad the Shetland sheepdog spun around in joyful circles when he was proclaimed the winner of the herding group over the popular corgis and German shepherd.

Now in its 144th year, the Westminster Kennel Club Dog Show bills itself as the second-oldest sporting event in the country, behind only the Kentucky Derby horse race.

The “best-of-group” competition will continue Tuesday with the terrier, sporting and working groups, after which the seven group winners will vie for the “Best-in-Show” trophy in a grand finale on Tuesday night. 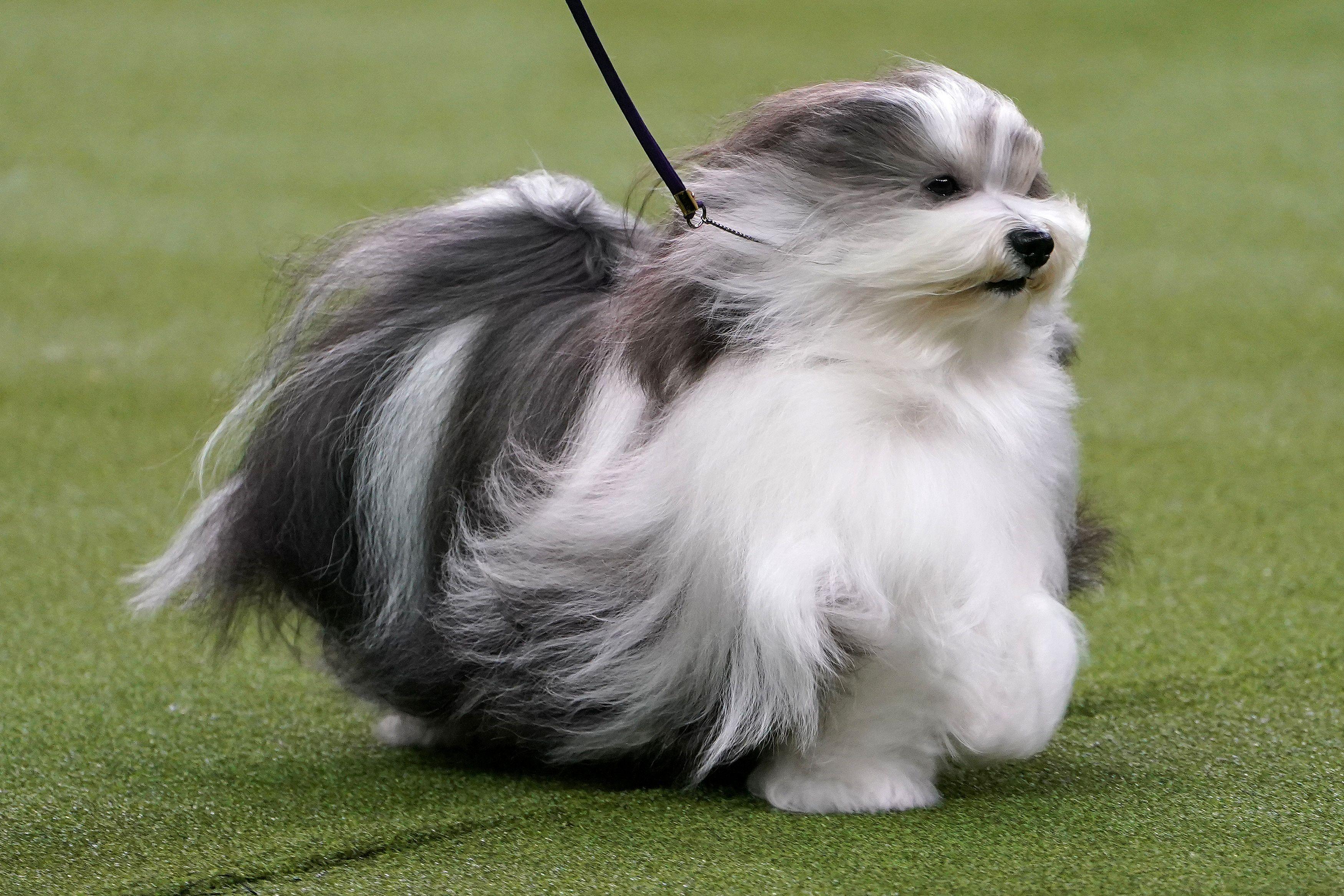 Last year, a Wire Fox Terrier named King won the terrier group and took the top prize. He was the 15th member of his breed to take the “Best of Show” title.

The Westminster Kennel Club has its roots in New York City in the 1870s, when a group of sporting gentlemen would meet at a hotel bar near Union Square in lower Manhattan to trade stories about hunting and the exploits of their dogs, according to the club’s website.

One night, the men decided to put on a dog show, and they named it after the gathering spot, the long-gone Westminster Hotel.