Jujamcyn Theaters, which operates five theaters on Broadway, had been accused by federal prosecutors in Manhattan of violating the Americans With Disabilities Act. 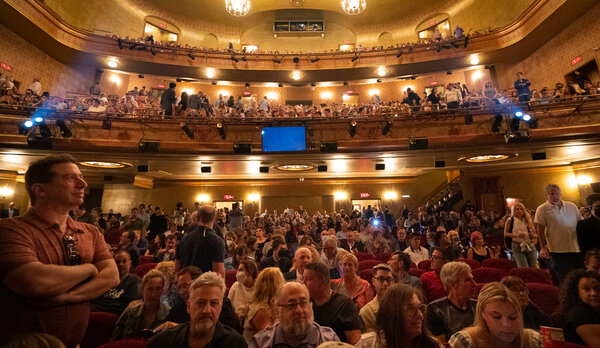 Two months before most of Broadway’s theaters reopen, the U.S. attorney’s office in Manhattan announced Tuesday that a major operator had agreed to provide more wheelchair access at its five theaters as part of a settlement.

Audrey Strauss, the U.S. attorney for the Southern District of New York, announced a lawsuit against the Jujamcyn Theaters, alleging its theaters were in violation of the Americans With Disabilities Act, as well as a settlement with the company to fix it.

Jujamcyn will also pay a $40,000 civil penalty, according to the announcement.

“As New York City begins to reopen and welcome the world once again, we are pleased that Jujamcyn Theaters, L.L.C., has worked collaboratively with the office to improve accessibility at its historic venues, so that all patrons are able to enjoy Broadway,” Ms. Strauss said in a statement.

An email message sent on Tuesday evening to a spokesman for Jujamcyn was not immediately returned.

The first upgrades are expected to be completed by the end of September, according to court documents.