Here’s what the science says about whether your diet can counteract cognitive decline. 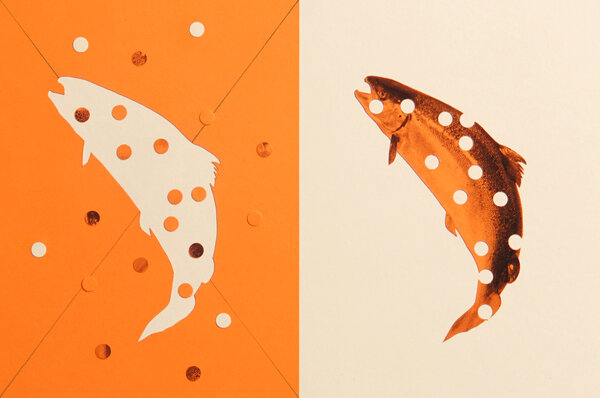 You may have noticed these buzzy “brain food” claims scattered across online health articles and social media feeds. But can certain foods or diets really stave off or prevent dementia?

Experts say that while nutrition studies are notoriously challenging to carry out, there is a compelling and ever-growing body of research that does suggest that some foods and diets may offer real benefits to an aging brain. So we spoke with two dozen researchers and pored over the research to better understand the links between diet and dementia.

Four pillars of a ‘brain-boosting’ diet

Scientists don’t yet know for certain what causes Alzheimer’s disease, the most common form of dementia. And there is currently no medication that can reverse it, said Dr. Uma Naidoo, the director of nutritional and metabolic psychiatry at Massachusetts General Hospital and the author of “This Is Your Brain on Food.”

Research shows that people with certain conditions like heart disease, high blood pressure, obesity and diabetes are more likely than those without such conditions to experience age-related cognitive decline. And the risks of developing those conditions can be increased by poor diet and exercise, suggesting there are things you can do to lower the chances of developing dementia, Dr. Naidoo said.

Two diets in particular, the Mediterranean diet and the MIND diet — both of which encourage fresh produce, legumes and nuts, fish, whole grains and olive oil — have been shown in scientific studies to offer strong protection against cognitive decline.

One study, published in 2017, analyzed the diets and cognitive performance of more than 5,900 older U.S. adults. Researchers found that those who most closely adhered to either the Mediterranean diet or the MIND diet had a 30 to 35 percent lower risk of cognitive impairment than those who adhered to these diets less closely.

“Pretty much anything that will help keep arteries healthy will reduce risk of dementia,” said Dr. Walter Willett, a professor of epidemiology and nutrition at the Harvard T.H. Chan School of Public Health. And Dr. Ronald Petersen, a neurologist and the director of the Mayo Clinic Alzheimer’s Disease Research Center, agreed: “What’s good for the heart is good for the brain.”

One big change you can make to your diet, Dr. Naidoo said, is to “up your plant game.” Leafy greens are packed with nutrients and fiber, and some solid evidence has linked them with slower age-related cognitive decline.

In one randomized controlled trial performed in Israel and published this year, for instance, researchers took brain scans of more than 200 people who had been split into three diet groups. They found that after 18 months, those who followed a “green” Mediterranean diet — one rich in Mankai (a nutrient-packed green plant), green tea and walnuts — had the slowest rate of age-related brain atrophy. Those who followed a traditional Mediterranean diet were close behind. Those who followed regular healthy diet guidelines — which was less plant-based and allowed for more processed and red meat than the other two diets — had greater declines in brain volume.

These neuroprotective effects were especially pronounced in people 50 and older.

The more colorful the produce on your plate, the better the food usually is for your brain, several experts said.

In one 2021 observational study, researchers followed more than 77,000 people for about 20 years. They found that those with diets high in flavonoids — natural substances found in colorful fruits and vegetables, chocolate and wine — were less likely than those who consumed fewer flavonoids to report signs of cognitive aging.

The MIND diet specifically points to berries, good sources of fiber and antioxidants, as having cognitive benefits. One study published in 2012 looked at more than 16,000 people aged 70 and older for more than a dozen years. It concluded that older women who ate more blueberries and strawberries had delayed rates of cognitive decline: perhaps by up to 2.5 years.

“I don’t think there are miracle foods, but, of course, it’s really good to eat the fruits and vegetables,” said Dr. Allison Reiss, a member of the medical, scientific and memory screening advisory board at the Alzheimer’s Foundation of America.

Is This A Scam?