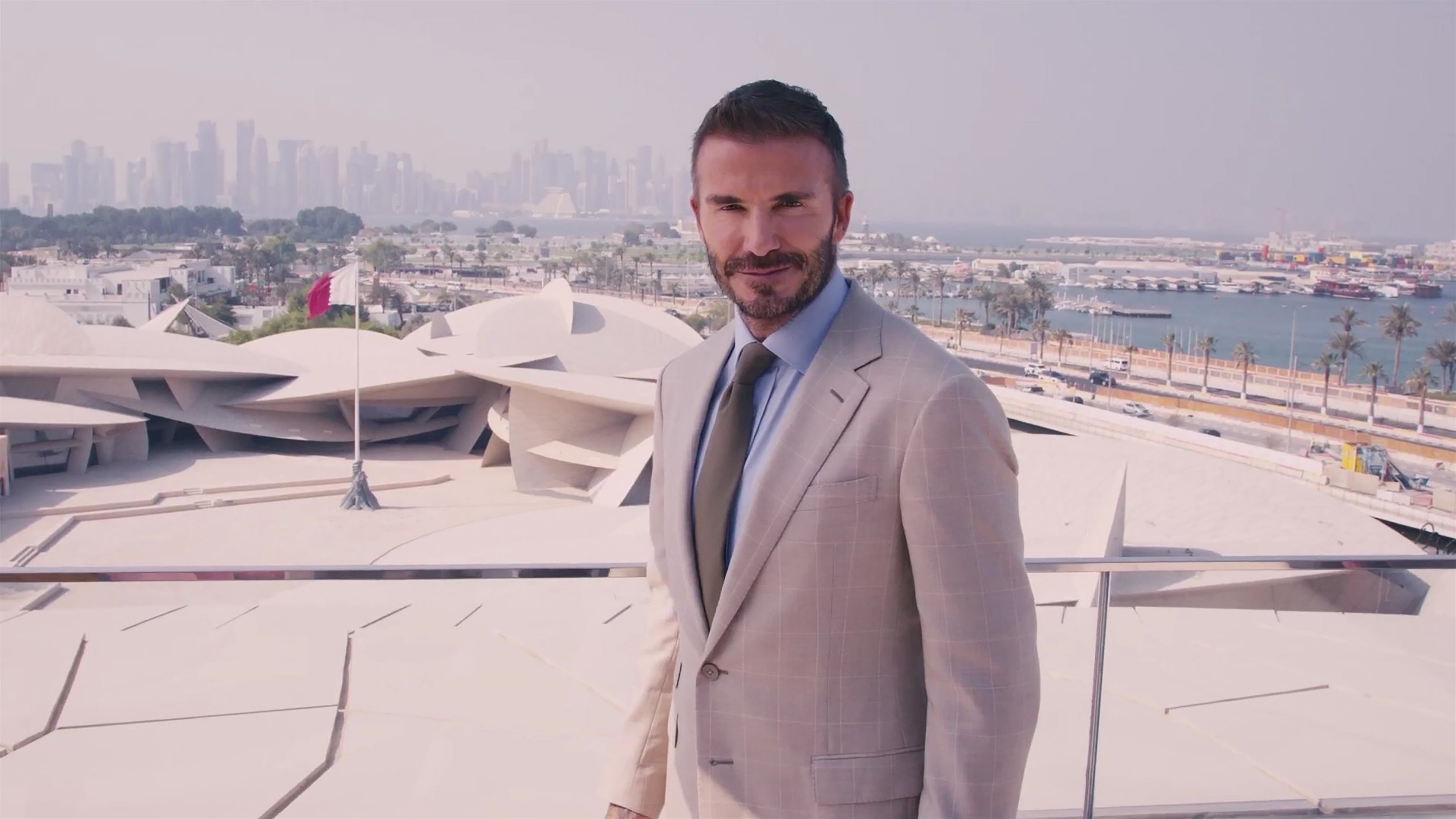 David Beckham has caught heat for his controversial role as ambassador for Qatar Tourism during the World Cup – and the flame doesn’t appear to be burning out any time soon with a growing number of celebrities making their feelings about it crystal clear.

The retired England footballer is reportedly being paid an eye-watering £10million for the job of promoting the Middle Eastern country as a welcoming tourist destination, no doubt giving ‘Brand Beckham’ a healthy financial boost.

However, the price for his reputation remains to be seen as David, 48, has been slammed for supporting Qatar despite its strict laws around homosexuality – it is illegal to be gay in the country and any same-sex sexual activity can be punishable by up to seven years in prison.

There has also been scrutiny around the deaths of hundreds of local workers who have spent the past decade building infrastructure to host millions of football fans during the six-week tournament.

David is yet to address the criticism but celebrities have been speaking out in their droves to condemn his lucrative ambassador deal.

Former Pop Idol star Will Young penned a blistering open letter challenging the ex-footballer to donate part of his reported earnings every year to LGBTQIA+ charities so that ‘something can be salvaged from this odious deal’.

The singer wrote: ‘Qatar is of course not the only country in the world with appalling records on human rights. The argument that sport is not political is duplicitous and two faced. Look at South Africa during apartheid, look at Russia now. Who decides the yays and the nays?’

‘What is undoubtedly clear however is a star like you @davidbeckham who I once sang for (not for any money I hasten to add) at your birthday has disappointed me more than I can say,’ he added.

‘The decision to take the alleged £150 million over 15 years is greedy enough, the burying of your head in the sand from you, your team and your advisers is repellent and cowardice personified.’

The Evergreen hitmaker then urged David to donate £1m to LGBTQIA+ charities for every year he earns £10m.

‘Can something be salvaged from this odious deal? Perhaps those funds can help provide much needed safety to those living in terror whilst your posters smile down on the people of Qatar,’ he concluded.

Comedian Joe Lycett was one of David’s earliest critics and issued an ultimatum to the sports star – step down from the ambassador role or he’d shred £10,000 in cash.

When the deadline passed, Joe stuck to his word and shared a video of him appearing to throw wads of bank notes into a large shredder while wearing the most fabulous rainbow-coloured coat.

However, the comedian later confirmed it was a hoax and he instead shredded a copy of David’s 2002 Attitude magazine cover.

In a follow-up video, Joe said: ‘This is my final message to David Beckham, it’s me, that p***k who shredded loads of money in a cost of living crisis.

He continued: ‘I haven’t quite told you the whole truth – the truth is the money that went into the shredder was real, but the money that came out was fake. I would never destroy real money.

‘I would never be so irresponsible, in fact, the 10 grand had already been donated to LGBTQ+ charities before I even pressed send on the initial tweet last week. I never expected to hear from you, it was an empty threat designed to get people talking. In many ways it was like your deal with Qatar David – total bulls**t from the start.’

Lycett went on: ‘I’m not even queer! Only joking. There is one thing I’ll shred – this is your Attitude magazine cover from June 2002, the first-ever cover of a gay mag with a Premier league footballer on it.

‘I asked Attitude if I could shred it, and they were more than happy to oblige.

‘Gosh, it’s all been quite a lot this hasn’t it? Right, I’m off down the gay village to have a few pints.’

Strictly Come Dancing star John Whaite spoke to Metro.co.uk at the TV Choice Awards this month, and said it was a ‘disgusting’ move and that David was ‘cheapening himself’.

‘I think he has the power to make great change in this world,’ he added.

‘Millions if not billions of eyes are on him, and he’s making the wrong step right now.’

The Bake Off winner continued: ‘As someone with so much power and money, he has a chance to really, literally change lives, and he’s doing the exact opposite.

Sharing his thoughts on the football icon’s involvement, Rinder – who is openly gay – told the Daily Mail on Sunday: ‘There should be basic requirements before you are entitled to [host] them, and that’s not just about LGBTQ.

‘It’s about the 6,500 workers who died, it’s about the fact that Beckham’s daughter Harper would not be able to continue with her education [if she was Qatari] without the permission of a male relative.’

The barrister, 44, went on to describe the World Cup being held in the country as ‘tragic’ and claimed ‘this is about money, not about the purity or love of the game’, reportedly adding that it’s choosing ‘money over morals’.

Former footballer Eric Cantona didn’t hesitate to criticise his fellow sports man and said he ‘wouldn’t do it at all’.

‘I do completely the opposite. In January 2022, I started to say that. Maybe I was the first one,’ Cantona told the Athletic.

‘But I am free to do it. And of course, an ex-player paid to do this kind of thing… It could be they don’t know what has happened there. Or, if they know it, I think they did wrong. I think they made a big mistake. A big, big mistake.’