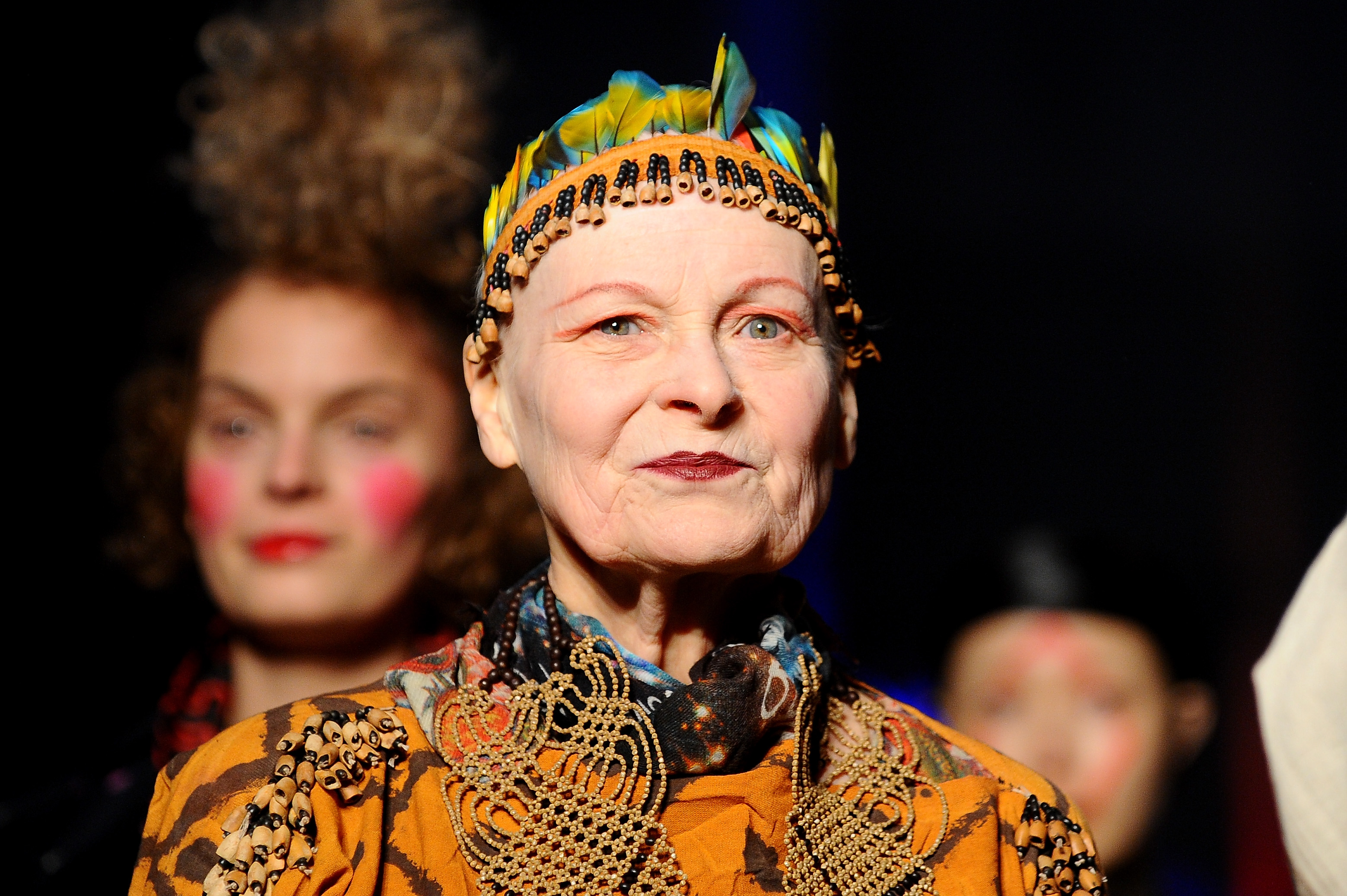 Victoria Beckham and Boy George are among the stars paying tribute to the late, great Dame Vivienne Westwood following her death aged 81.

On Thursday, it was announced that the celebrated fashion designer had died, with the statement confirming the news released by her representatives.

The announcement said that she died ‘peacefully’ surrounded by her family in Clapham, South London.

Her husband and creative partner Andreas Kronthaler said: ‘I will continue with Vivienne in my heart. We have been working until the end and she has given me plenty of things to get on with. Thank you darling.’

Former Spice Girls star turned fashion designer Victoria said in her tribute: ‘I’m so sad to learn of the passing of legendary designer and activist Dame Vivienne Westwood. My thoughts are with her family at this incredibly sad time VB.’

Culture Club singer and fashion muse Boy George added: ‘R.I.P to the great and inspiring Vivienne Westwood who lead us through punk and beyond.

‘You never failed to surprise and to shock. I am grateful for the moments I got to share with you and Andreas.’

‘My deepest sympathies to Andreas and your family.’

The UK’s Design Council tweeted: ‘We are saddened to hear of the passing of the queen of punk fashion,’ before quoting Dame Vivienne by adding: ‘Buy less, choose well: that’s the maxim. Quality not quantity. That’s the most environmentally friendly thing you can do.’

The V&A Museum in London also wrote: ‘We are saddened to learn about the passing of legendary designer Vivienne Westwood. A true revolutionary and rebellious force in fashion.’

Dame Vivienne’s bold and standout designs brought punk and new wave into the mainstream, with celebrities who commissioned her designs over the years including Dita Von Teese and Princess Beatrice.

In 2008, her design for Carrie Bradshaw’s wedding dress became a focal point of the Sex And The City movie.

She married Kronthaler, her former fashion student, in 1992.