In a remarkably vulnerable interview with Good Morning America, Constance Wu opened up about her experience of being sexually harassed on the set of Fresh Off the Boat during its six-season run and the reasons behind why she chose to endure the harassment during her time with the show.

Wu tearfully opened up about the allegations she made in her newly released memoir, Making a Scene
, regarding a producer repeatedly harassing her on the FOTB set. She shared that the harassment included instances of being asked for “sexy selfies at night,” enduring inappropriate comments, and being touched over her jean shorts without consent. In addition to being harassed by this man, she shared she was also “intimidated and threatened a lot” by him.

Because the harassment took place before the #MeToo movement, Wu explained that she was “constantly terrified of being fired” from the groundbreaking network television show that was a “bright pinnacle of Asian American representation.”

Wu decision not to publicly discuss the sexual harassment stemmed from three major reasons: “I was scared of losing my job, and compared to the other stories of the harassment I endured, it ‘wasn’t that bad.’” She went on to say, “How do you hold [the producer] accountable for [their abuse], yet also include and support how much they help the Asian American community? It’s a difficult choice to make, and back then it was a choice I made because [Fresh Off the Boat] was the only show we had for Asian American representation.”

For more on Wu’s experience with sexual harassment, how she made it in Hollywood, and being an Asian American woman in the entertainment industry, pick up a copy of Making a Scene
. The memoir-in-essays gives a raw and relatable look at Wu’s evolving identity and how all she’s experienced thus far in life has shaped her into the woman she is today. 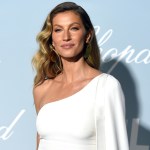 Before you go, click here to see celebrities who have opened up about surviving sexual assault.