Clara McGregor is the latest celebrity kid making a name for themselves in the modeling industry. As the 25-year-old daughter of actor Ewan McGregor, Clara is surely going to find herself with a few more fans after starring in the new Bluebella holiday campaign.

The actress and a film producer made a very conscious decision to work with the brand because the company is “run by women and their lingerie is made for women,” per a company press release. “All their pictures show women in a position of power, never submissive and so I knew if I was ever going to do a lingerie campaign, it was going to be with them,” Clara added in the statement. What makes the photos empowering is how comfortable and confident she looks in each image — it’s sexy and stunning all at once. 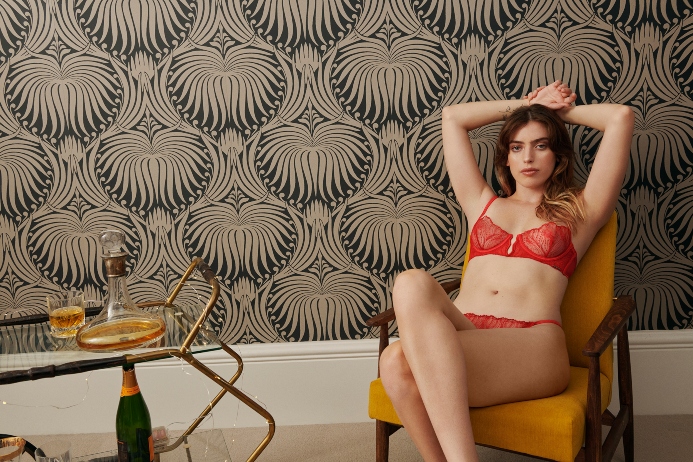 She’s pictured in a sultry red bra and panties lounging on a chair and staring directly at the camera — she didn’t look self-conscious in a single shot. “I’m very comfortable with my body in general, but the first few shots of a lingerie shoot can be nerve-wracking, but the vibe from everyone was so cool that I was immediately really comfortable with it,” she explained. This is exactly the type of work she wanted to do with Bluebella because she believes it’s “the most beautiful lingerie” she’s ever worn. 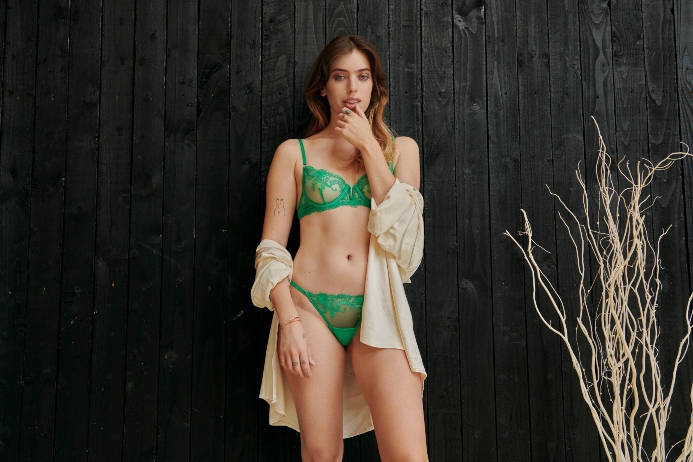 And her dad is always there to root her on in her career. Clara described him as “incredibly supportive” and she’s proud to follow in his acting footsteps. “I definitely fought it for a while,” she shared with the Daily Record. “I just didn’t want to do what my dad did, so I was, ‘I’m going to be a photographer. I’m going to be behind the camera..’ Then the acting bug got me and I had to stop denying myself that, just because my dad was doing it too.” Clara is proving to be a force on and off-camera and her new lingerie campaign shows she’s making meaningful decisions with each career step.

Before you go, click here to see celebrity kids who are all grown up.