When the pandemic forced Art Basel Miami Beach to shift its raucous annual art fair to online viewing rooms and events, a cluster of top New York City galleries still made the pilgrimage to South Florida in hopes of connecting with collectors in person. Notably, they all chose to set up outposts not in Miami but some 70 miles north in Palm Beach — home (or second or third home) to a concentrated community of prominent art collectors sheltering for the winter.

“What dealer wouldn’t want to be where the collectors are?” said Adam Sheffer, a vice president at Pace Gallery, who is heading up a new space in Palm Beach leased through Memorial Day. “It allows for an ongoing dialogue with some of these same people you would see in Miami once a year, but now you get to do it on their turf, in a way that’s safe where they’re comfortable.”

Building on the success of galleries following their wealthy patrons to East Hampton, N.Y., this summer in the early months of the pandemic, Pace, Acquavella Galleries and Sotheby’s auction house coordinated opening spaces in Royal Poinciana Plaza adjacent to the contemporary gallery Gavlak, long based in Palm Beach. 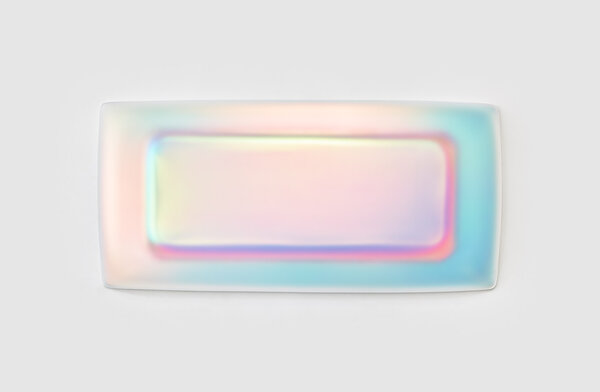 “Certainly it was synergistic for everyone to be in this smaller, tighter community, less spread out than Miami,” said David Schrader, global head of private sales at Sotheby’s. Its gallery is installed as someone’s home, with a mix of paintings, furniture, ceramics, watches and jewelry available for immediate sale, and drew more than 175 socially distanced visitors in the pouring rain over the course of its opening day in November.

“People still want to come and see and touch objects,” Mr. Schrader said. “We’re now bringing them to where the people are.”

The Lehmann Maupin gallery, which did well with its Aspen, Colo., pop-up last summer, independently had the same idea about Palm Beach and has opened near the Royal at the corner of Worth Avenue and South County Road.

The confluence of galleries “is putting Palm Beach on the art map in the new way,” said Carla Camacho, the Lehmann Maupin partner spearheading the new space. “The proximity to Miami is really a benefit to both places.”

The collector Jane Holzer, famous for being one of Andy Warhol’s “superstars,” encouraged the Paula Cooper Gallery to come to Palm Beach for a change of scenery. “She said, ‘I’ll find you a space,’ and was our eyes and ears on the ground,” said the gallery’s senior director, Steve Henry, who is now set up on Worth Avenue down the street from Lehmann Maupin. “It’s the historic high street of Palm Beach, very walkable.”

All the galleries recognized the density of collectors living in Palm Beach — including Beth Rudin DeWoody, Howard and Judie Ganek, Ronnie Heyman and Ken Griffin — and the potential of the growing contemporary art scene there, anchored by the Norton Museum of Art.

Founded in 1941, the encyclopedic Norton has amped up its collecting of contemporary art, especially by women and emerging photographers, over the last decade. In early 2019, it completed a $100 million expansion and renovation by the Pritzker Prize-winning architect Norman Foster that increased attendance by 125 percent (before the pandemic brought it to zero), according to the board chairman, Bruce Gendelman.

A stream of visitors to Art Basel Miami Beach had been adding the Norton to their itineraries just before or after the fair, according to Cheryl Brutvan, the museum’s director of curatorial affairs. “We became part of that extended area of Miami, more so because of our new Foster building,” she said.

Just as Miami has become known for collectors opening impressive art spaces to showcase their troves of acquisitions, including the Rubell family and Martin Margulies, in December 2017 Ms. DeWoody followed suit in West Palm Beach. There she opened The Bunker, an art space displaying and storing her vast cutting-edge collection in a 20,000-square-foot 1920s Art Deco factory building.

“This is the new wave of Palm Beach,” Ms. Gavlak said. She moved to Florida from New York in 2005 to open her gallery, focused on women, L.G.B.T.Q. artists and artists of color, and could not understand why there weren’t any other contemporary galleries, given the number of collectors. “There was this gap,” she said.

Ms. DeWoody, who remembered being among the few patrons of Jason Rubell’s short-lived gallery for emerging artists in the early 1990s on Worth Avenue, saw that gulf too. “There was the attitude that only good art could be bought in New York or a big city,” she said. “If it was in Palm Beach, it would be considered resort art.”

Not anymore. Now with the outposts of the New York galleries, Palm Beach has fully arrived as a contemporary art destination. “It’s very pointed that they made Palm Beach the choice rather than Miami,” Ms. Brutvan said, underscoring the opportunities for joyous art encounters in a less frenetic environment, particularly welcome in the time of the coronavirus. “It’s going to St.-Paul de Vence instead of Paris.”

As part of the “Recognition of Art by Women” series initiated at the Norton in 2011, Ms. Brutvan has organized the first solo museum show of the Colombian-born artist María Berrío, who is based in Brooklyn. She makes large-scale narrative collages looking at the role of immigrant women in America.

Ms. Berrío’s “Esperando Mientras la Noche Florece (Waiting for the Night to Bloom)”  is to open in January, and she is to be one of two artists living for two months in renovated cottages on the Norton’s revitalized campus in a residency program started last year. “Now artists are also becoming part of this destination,” Ms. Brutvan said.

The proceeds from V.I.P. tickets to this year’s New Wave Art Wknd, a hybrid of virtual and in-person events from Friday to Sunday, go toward another residency program bringing artists to Palm Beach. While the community still skews to affluent retirees (and is home to President Trump’s Mar-a-Lago club), the population in the county has grown more than 13 percent in the last decade, with an influx of younger and more diverse families.

“We fly in artists who are then at the lunch with the philanthropist or collector and are able to have conversations about difficult issues that might register in a different way,” Ms. Gavlak said. Estelle Maisonett, an artist with roots in Mexico and Puerto Rico, is currently in residence, to be followed in February by Joiri Minaya, who grew up in the Dominican Republic, and in the summer by Asser Saint-Val, born in Haiti and now based in South Florida.

Ms. Gavlak imagines there could even be an art colony at some point. “Getting more diverse people engaged in the art community in Palm Beach is really the goal,” she said.

On Display in Palm Beach

A sample of art-related events scheduled for this month in the Palm Beach, Fla., area.

A survey of five decades of mixed-media works from the collection of the Whitney Museum of American Art.

Wall installations that investigate light as a material and viewers’ perception of space.

Watercolors made with techniques of distressing the surface of the paper, such as staining and folding.

Masterworks from Cézanne to Thiebaud (through Dec. 18)

A selection of paintings ranging from themes of food to the California landscape.

Collaborative sculptures and drawings on the themes of food, music and sport.

A hybrid of virtual and in-person, socially distanced events explore the theme of “Art as Activism: The Fight for Equality and Justice,” including a public program with online panel discussions between artists and curators and a V.I.P. program enabling donors to make virtual visits to private collections and artist studios.