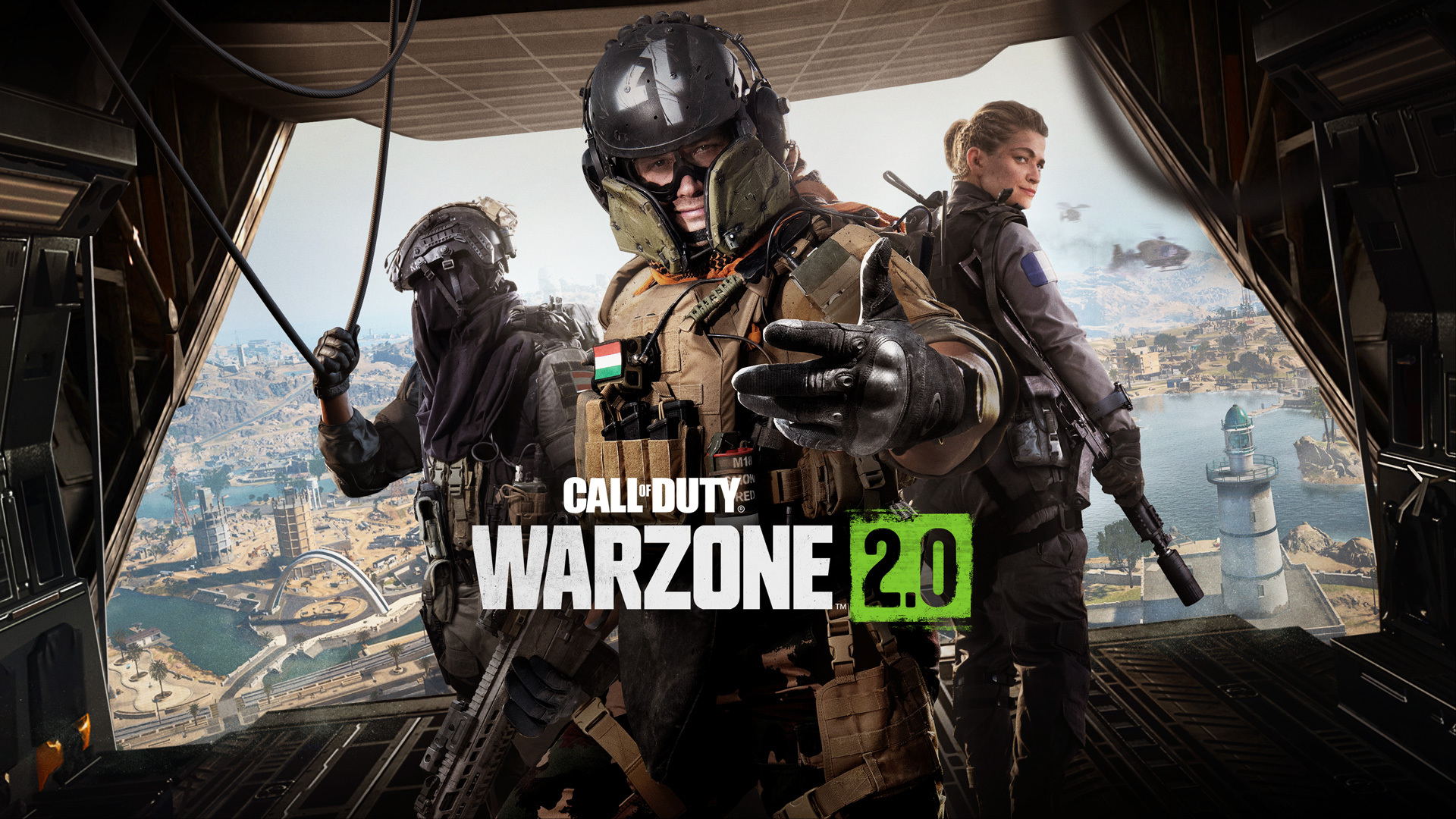 The Tuesday letters page worries that single-player games are getting too long, as one reader enjoys some Black Friday bargains at Smyths.

To join in with the discussions yourself email [email protected]

The first week
So it’s been out for almost a week now and I’m going to come out and say it: Call Of Duty Warzone 2 is a pretty good game. I’ve been playing it quite a bit since it’s come out and I’m very impressed. The new map is great, easily the best so far, and the new features like underwater swimming and the new vehicles do add quite a bit.

Obviously, the gunplay is good and because it’s set in the modern day the guns are all up-to-date and a lot of fun. The only serious complaints you could make, in my view, are DMZ, which isn’t great, and the fact that it’s not really much different than before.

Saying that though, at least DMZ was an attempt to do something new, so I can’t even really criticise it for that. Maybe it’ll eventually get ruined by cheaters and bugs, like the first one, but for now this is a really great game that I’d definitely recommend.
Snake Eyes

Future conversations
I have to admit I’m pretty shocked to hear about Pokémon Scarlet and Violet doing so well, compared to the rest of 2022 and other Pokémon games. Just goes to show again that no matter what hardcore gamers think the vast majority of people are oblivious to the complaints and the controversies.

Not that I really understand what the beef is with Scarlet and Violet. I picked up Scarlet on Friday and thoroughly enjoyed it over the weekend. I couple of times the frame rate chugged a bit, but literally twice for 30 seconds. Apart from the camera being no good in the long grass I wouldn’t say I had any real technical complaints. It’s the best looking game on the Switch but it’s a major improvement on the last two Pokémon games.

I get the feeling the last few years of the Switch are going to get really tedious, with Digital Foundry and the rest always going on about performance and ruining the conversation about otherwise great games. Zelda: Tears Of The Kingdom is going to be particularly hard to bear, I can tell.
Exizt

The third tier
Can’t argue with the Reader’s Feature at the weekend, about PS Plus Premium being a disaster. On any level it just doesn’t make any sense. Why even have it, if its only purpose is going to be to have people pointing and laughing at how Sony has messed up.

I too would bet that nobody is going to write in and say they’re satisfied with Premium as the whole thing seems completely indefensible. But what makes all this so weird is that PS Plus Extra is really good, I’d recommend that to anyone.

I don’t know what’s stranger though, that Sony has let it go on like this or if it suddenly got hundreds of retro games added all at once – which would be the only way to fix it. Although somehow I doubt that’s going to happen.
Whittaker

Upgrade included
I got some great deals from Smyths Toys today.

Ghost Of Tsushima: Directors cut for £21.99 and Horizon Forbidden West for £24.99, both on PlayStation 4. Also picked up last week, Spider-Man: Miles Morales for £23.

Some of these were previously priced at £50/60 which is absurd especially considering these are PlayStation 4 games.

These will keep me busy for a few months.
AM88

Unreliable narrator
On the one hand, a full bells and whistles Bayonetta 4 for the Switch 2 sounds like a great idea, on the other hand Hideki Kamiya is so full of it I wouldn’t trust him to tell me his own name. We’ll have to wait and see but to be honest I was happy with the ending of Bayonetta 3 and was kind of shocked to find out it was controversial.

It’s difficult to discuss here because of spoilers but as far as I can understand it’s because people’s shipping fantasies didn’t come true and one of the plot twists came out of nowhere. The first issue is your problem, not the games, but while I agree the second point was a bit of nowhere I ask you this: do you really want a couple of extra hours of Platinum cut scenes to make it seem like less of stretch? No, didn’t think so.

Anyone that’s playing Bayonetta 3 for the story must hate themselves and video games. As far as I’m concerned it’s the best of the series and fantastic from beginning to end.
Focus

Underlying reasons
Google paid other companies not to make their own app rivals? It is truly inspiring how much big business relishes the honest competition of capitalism, to ensure everyone’s on a level footing. I wonder how much this goes on in the games industry at large. Maybe all those weird decisions companies make about bringing a game to one format but not the other are really ‘motivated’ by different reasons.

We’ll only ever see the tip of the iceberg, and you can’t even believe this one 100% because Epic Games seem to have gone off on the deep end lately. I still don’t get what they thought they were going to gain from all their lawsuits and upsetting Apple and Google on purpose. I guess when you’re that rich money doesn’t really matter and you might as well give anything a try.
Westron

Fit for purpose
Thanks to David Thompson for mentioning my Reader’s Feature from two years ago! Really glad Ring Fit Adventure has worked so well for him.

I still absolutely love it myself and, despite moving more to weekly rather than daily sessions, I’ve put over 155 hours into it. It’s my third most played game on Switch! I really do think it’s made a massive difference to my health and am so glad I got it. Hopefully Nintendo will do a sequel at some point.
Ryan O’D

In hindsight
My thoughts on God of War Ragnarök are mixed. I do think the 2018 game was better overall: a tighter, fresher experience and Ragnarök could of done with a shorter playtime. Ragnarök goes on a bit too long but that might be because they were trying to do a trilogy in two games. So, as I was playing Ragnarök up to 20 hours I was exhausted and wanted it to end. With how the game is shot, in that it has no traditional camera cuts, you do feel part of the journey scene to scene.

The game is completely designed that if you go to one location for sure you have to find yourself going back from it to continue the story. Although there are times this is worked around with the portals. Looking back at my playtime I feel like I loved the game more looking back it. You going everywhere with the characters made the journey really immersive and me wanting the game to end was just the exhaustion of being part of this journey through the nine realms. In the end I look at the game more fondly than when I was playing it when fatigued hit.

My worry about single-player games in the modern day is that they are a bit long compared to PlayStation 3/Xbox 360 era and the gen before that. This makes it harder to replay single-player games, I think. It is understandable because single-players aim to provide value, especially due to the cost of games, but a longer game doesn’t always make a better game.

Just a little comparison of game length times over the generations. Based on the average completing the main story:

Random other quick comparisons: Bayonetta 2 was 9 hours and Bayonetta 3 is 13 hours.

All times based on the site, How Long to Beat.

Are single-player games too long? I am not sure, but I do identify when a developer includes padding to prolong the experience.
Matt Riddle

Inbox also-rans
Just want to third (or was it fourth?) the recommendation to watch Andor, last episode this week! I would love to see a game in that same style. Maybe something like The Dark Pictures Anthology would work? I guess that’s what Quantic Dream were brought in for but I have very little faith in their work.
Tentackle

What was Ed Boon talking about , saying that once the next game was announced we’d understand why they were being secretive. Nobody is going to be surprised by Injustice 3 or Mortal Kombat 12.
Cubby

This week’s Hot Topic
The subject for this weekend’s Inbox was inspired by reader Grackle and their recent Reader’s Feature about the best-looking games on the PlayStation 4.

If it’s expanded to include all last gen consoles (so Xbox One, Wii U, and Nintendo Switch) what do you feel was the most technically impressive game of the last generation, as well as the one that made the most impression on an artistic level?

How impressed where you by the improvements made during the course of the generation and where you satisfied that they were a significant advancement on the Xbox 360/PlayStation 3 era?

The small print
New Inbox updates appear every weekday morning, with special Hot Topic Inboxes at the weekend. Readers’ letters are used on merit and may be edited for length and content.

You can also submit your own 500 to 600-word Reader’s Feature at any time via email or our Submit Stuff page, which if used will be shown in the next available weekend slot.