George Ezra says he is living with a form of obsessive-compulsive disorder (OCD) known as “Pure O”.

Standing for “purely obsessional”, the condition prompts intrusive or unwanted thoughts, without the repetitive physical actions to relieve them.

Ezra said he would compulsively think of the “worst thing” to say in any given situation, then punish himself for being a “horrible” person.

Discovering the condition existed made him feel “less alone,” he added.

“I heard about it and instantly there wasn’t a doubt in my mind,” he told the BBC’s How Do You Cope podcast.

“I said, ‘That’s it. That’s what’s going on. That’s what I’m experiencing.’ In hindsight, this is something that I had my whole life.”

According to the charity OCD UK, Pure O isn’t a medically-listed term and it is not generally considered as a separate form of OCD.

“Like any person suffering from OCD, a person with ‘Pure O’ will have compulsions,” it explains on its website.

“Some will manifest as unseen mental rituals, but importantly there will nearly always be physical outward compulsions too, making the term ‘Pure O’ imprecise.”

Examples of internal compulsions include repeating phrases or numbers in your head, or checking how you feel – for example, you might check to see if you are still in love with your partner.

Ezra said: “I think we all know OCD… we hear about extreme cases where people have to flick a light switch X number of times before they can leave the house.

‘Vacant to the world’

The singer said he first heard about the condition while recording his Brit Award-winning second album, Staying At Tamara’s.

He described the symptoms as feeling “like you’re testing yourself”.

“You go, ‘In this situation the worst thing you could think is…’ And then you have that thought.

“And then you’d think. ‘Come on, don’t have that thought again,’ and you do.

“And then you go ‘If you’re somebody that can have that thought…. you’re [expletive] horrible mate.'”

He added: “Whilst everything’s going on in your head, you’re vacant to the world around you and you’re not really there.” 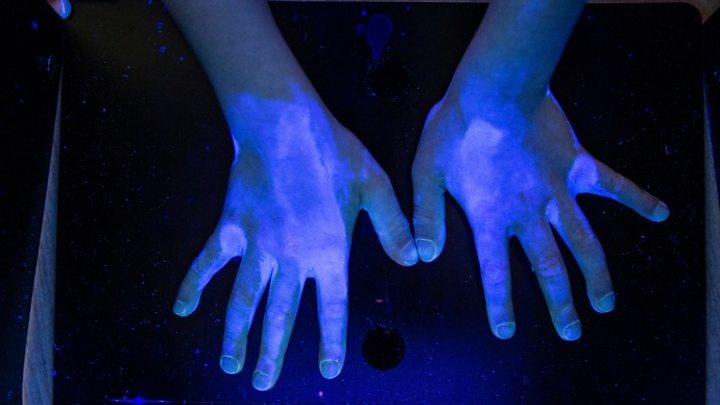 Since learning about the condition, the 27-year-old has sought therapy and says the experience has influenced his songwriting.

Whereas hits like Paradise and Shotgun are about “escapism” and “dreaming”, the lyrics on his next record “are far more [about] addressing the idea of confronting these things,” he said.

“That is daunting for all of us [but] I believe it’s the right thing for me, certainly, to be doing.

“I find when people talk about their health and their mental health it’s hard not to get a bit clichéd,” he continued, but said learning about OCD made him realise, “I’m not a freak, I’m not alone.”

“The only reason I talk about it publicly is because I’m loosely aware of the idea that somebody hearing me talk about this might be helpful.”