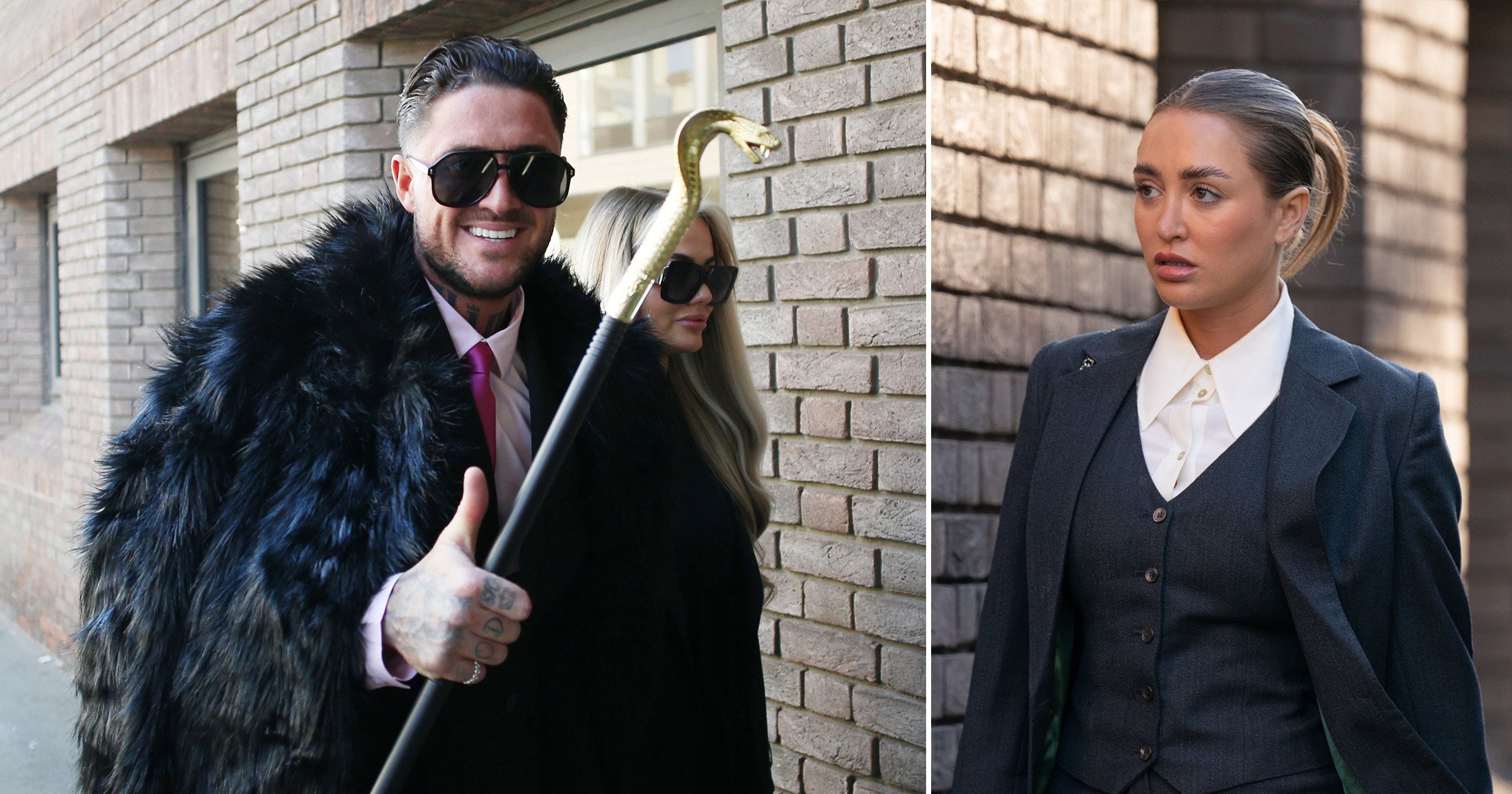 Georgia Harrison has spoken out about her court case with Stephen Bear and what she described as his ‘mockery’ of the situation, warning he will one day be hit by reality.

It came after CCTV footage of him and ex-girlfriend Harrison engaging in a sexual act in his garden was uploaded to his OnlyFans account.

Harrison, who said she did not know she was being filmed at the time, warned Bear to delete the footage and never show it to anyone, and went to police when she learned the video had been shared online.

While Bear has been found guilty, he has not yet been sentenced, with sentencing due to take place on January 31, where he could face up to two years in jail.

The former Big Brother winner raised eyebrows during the trial as he showed up to court in a Rolls Royce, on any given day carrying a cane or cigar and dressed in an array of leopard print or bright pink suits.

Now TV personality and campaigner Harrison, speaking about the trial on an upcoming episode of Should I Delete That podcast with Emily Clarkson and Alex Light, has branded his get-up a ‘mockery’.

‘Every time he turned up he had something different – a cigar, a cane, a fur coat,’ she said.

‘It was just another complete mockery of the situation, showing what a joke he thinks it all is.’

Harrison added that she still finds it ‘hard to understand why’ he leaked the video, as he had had ‘so many warnings’ and was already making money from OnlyFans, and could have found a girl who may have consented to being filmed.

‘I wonder if a lot of it was for the attention.’

‘It’s like he’s chasing the infamy,’ Harrison went on, pointing out that he often plays the ‘villain’ in the TV shows he appears in, having acted ‘very rude toward women and acting in a way that’s misogynistic.’

‘And now, in reality, he wants to be this villain with a fur coat and cigar.’

She warned: ‘One day reality is going to hit him with consequences.’

Opening up about the trial on the podcast, Harrison – who is an ambassador for UK charity Refuge, which provides support for women and children experiencing domestic violence – admitted she was terrified of walking into court and giving evidence.

‘And then I got sent a screenshot of the Rolls Royce and fur coat and the cane and I felt immediately assured that I was fine,’ she revealed, adding that it was ‘absurd.’

Looking back on their former relationship, campaigner Harrison recalled feeling ‘manipulated’ and ‘gaslit’ by Bear, and she believes he leaked the video as he assumed ‘he could do this and I wouldn’t have the courage to press charges and cut him out of my life.’

‘I was manipulated into thinking I could trust him and that he had respect for me. Looking back I feel completely foolish.’

‘By all accounts, Bear has been uncooperative throughout his investigation and trial,’ Harker said. ‘He is reported to have sworn repeatedly while giving his evidence and accused the prosecution barrister, Jacqueline Karey KC, of “looking a bit silly.”

‘While his demeanour will not directly affect the sentence, it will make it significantly more difficult for the Judge to accept any claim that he is remorseful (if he claims to be), which can reduce sentences.  The prosecution may also argue that his publication of the video and images for financial gain on OnlyFans should be an aggravating factor, and the sentence increased on that basis.’

Harker went on to acknowledge that the police and Crown Prosecution Service have ‘stretched resources,’ meaning the level of support given to victims can be unpredictable.

This has led to victims increasingly ‘taking their own legal action to protect themselves,’ such as suing perpetrators for damages.

‘This can be empowering for victims, because it gives them more control over the process,’ Harker added.

Bear had denied all the charges against him, and once he was found guilty said it was his opinion that ‘from the very beginning it was never a fair trial’ and he was ‘fighting a losing battle.’

Harrison, in a statement at the time, said the ‘last two years have been absolute hell and this verdict will allow me to start to put the pain I have suffered in the past and start embracing the future’.

The full conversation can be heard on the Should I Delete That podcast from January 23.