Happy Birthday, Harper Beckham! On July 10, 2011, David and Victoria Beckham welcomed a fourth (and final) child with the birth of their only daughter, Harper Seven Beckham. Naturally, fans were delighted that the Beckham dynasty might include another fashion icon in the making — and equally excited to see if the little girl would be a star athlete like her dad. The one thing everyone seemed to agree on? That joining a family with three big brothers (Brooklyn, Cruz and Romeo), Harper was destined to be both fiercely protected and fiercely spoiled.

Fast forward seven years, and those early predictions certainly seem to be panning out. Photos of the family together suggest Harper shares a close relationship with her big brothers. It’s undeniable that her parents dote on her. She even seems to be exhibiting shades of both Mum and Dad’s talents at this stage. Since her parents are both active on social media, fans are fortunate enough to get routine glimpses into life with the now-seven-year-old.

But there are some things you may not have realized about Harper Seven Beckham. So, we did a little digging to share with you seven (do you see what we did there?) fun facts about David and Victoria’s only daughter. Keep reading to get to know Harper better.

Her Name Inspiration Is Doubly Fierce

Harper Seven is one of those names that sounds so cool you just know the person who has it is destined for greatness. And if the inspiration behind the little girl’s name is any indication, her fate will for sure be something fierce. “Victoria’s favorite book is To Kill a Mockingbird. It’s a very strong, passionate book and the author was Harper Lee, and that is where Harper came from,” David explained in a Facebook video.

He continued, revealing why they chose the middle name they did for their daughter. “The main reason behind Seven was it symbolizes spiritual perfection — the seven wonders of the world, the seven colors of the rainbow — and in many cultures it is a lucky number.”

When u bump into Mummy Spice! X #harperseven 😂😂 #girlpower

Okay, well maybe not officially. But Harper is definitely a fan of the iconic girl group that made her mom famous. Last July, she nailed her Victoria’s signature Posh Spice pose. “When u bump into Mummy Spice!” Victoria captioned a snapshot of her daughter giving off major Spice Girl vibes. Who knows? Maybe she’ll “reboot” the group when she’s older with the kids of the other OG Spice Girls. We can see it, Harper! 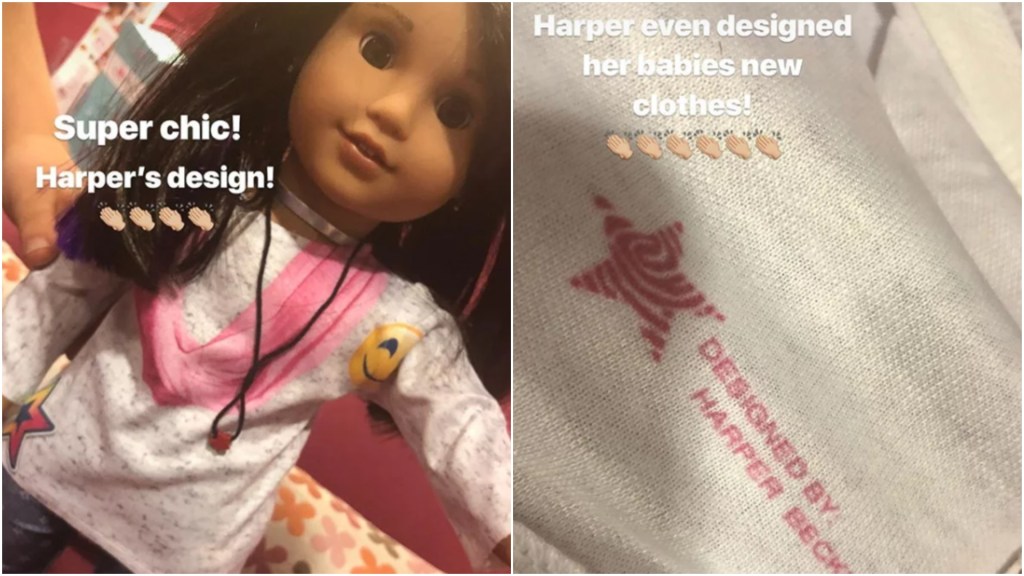 Fear not, fans! If you’re hoping Harper turns out to be an incredible fashion designer like her mom, you may just be in luck. She’s already landed on several “most stylish celebrity child” lists. She made her fashion show debut in 2012 at the prestigious New York Fashion Week when she was just two months old. And, most promisingly, Victoria revealed in 2018 that Harper was already coming up with fashion designs — for her doll!

The pair enjoyed a girls’ day at the oh-so-trendy American Girl shop, where Harper got to create custom clothing (complete with her own label) for her American Girl doll Luciana.

But She’s a Total Daddy’s Girl

It’s obvious Harper enjoys time with her mom. However, we’re pretty sure no one in the Beckham family would argue with the assertion that Harper is a daddy’s girl. We’ve already seen David display his devotion to his daughter by staying up for nights on end to build Harper a Lego Harry Potter village. But due to the coronavirus lockdown, fans have gotten to see a definite uptick in adorable father-daughter moments between the pair.

In late May, Harper helped her dad in the garden at their Cotswolds cottage. “Pretty lady planting daddy’s coriander,” David captioned a snap of Harper hard at work. The two also recently bonded over their mutual love of Friends, with David gushing over the sitcom-themed shirt Harper gifted him.

Go, go, Gryffindors! In full disclosure, we don’t know for certain that the Sorting Hat placed young Harper in the Gryffindor house. What we do know, though, is that she’s a Harry Potter fan. Last year, Victoria shared photos and video footage of David constructing a massive Lego Hogwarts for his daughter. Then, on World Book Day earlier this year, Victoria showed off how Harper had transformed herself into the most clever Gryffindor of all, Hermione Granger.

Her Brothers Have Worn off on Her

Harper might be a budding fashion designer like mom, but she might just carve out a path like her athletic dad’s before it’s all said and done. “She said to me the other day: ‘Mummy I think I want to play football, you know, come on, let one of them want to be in fashion or dance,” Victoria playfully told ABC News in 2015.

That passion for football (soccer to Brits) hasn’t budged, either. In June of this year, David shared a video of Harper showing off her skills.

She Hasn’t Slacked off in Homeschooling (Well, Sort Of) 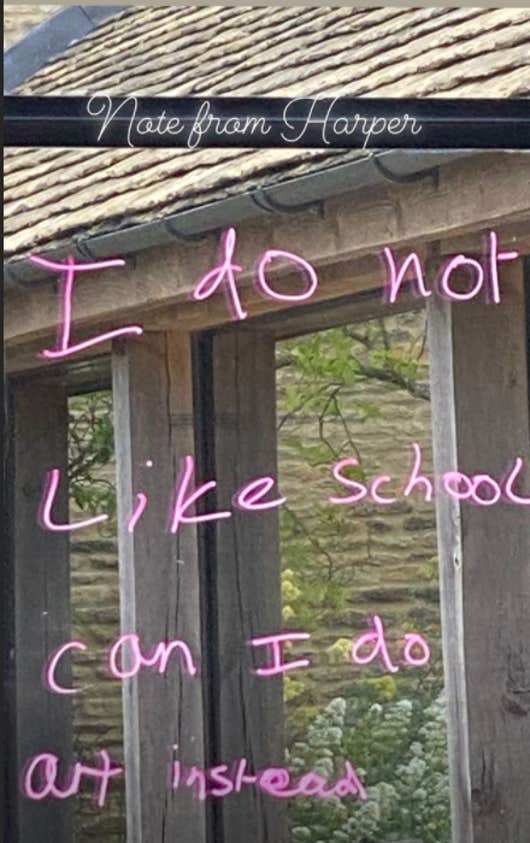 Lockdown has become the new normal, including a transition from standard school to homeschooling. In May, Victoria shared a video of Harper reading at home as part of her studies and, adorably, the little girl was even wearing her school uniform. Although to be clear, she’s a lot like your typical frustrated homeschooler, too — in June, Victoria shared a note that Harper wrote her saying, “I do not like school. Can I do art instead?” 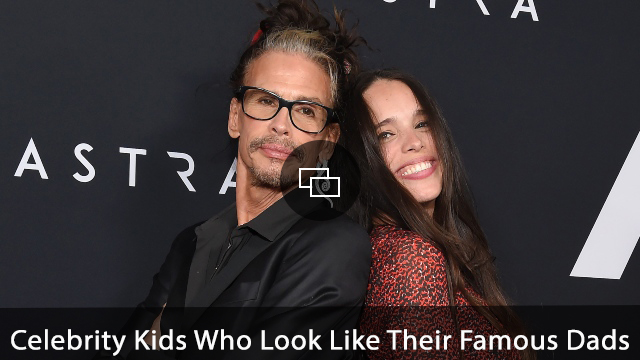 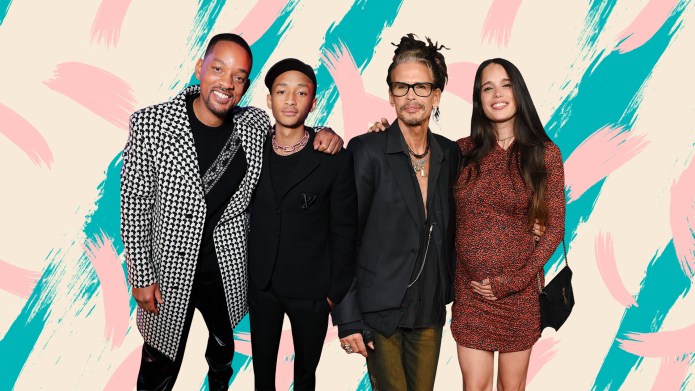 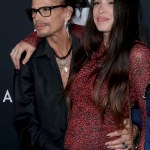 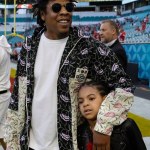 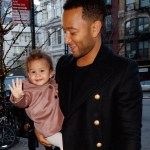 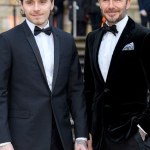