Good Morning Britain is set to welcome a new face this week, with award-winning broadcaster Gordon Smart joining the line-up.

While regular hosts Kate Garraway, Ben Shephard and Susanna Reid enjoy some time off during the festive season, a roster of other presenters have taken over hosting duties.

Now, for the first time, Gordon will be making his main presenting debut on the show later this week.

The journalist, editor and broadcaster will present alongside Charlotte Hawkins on Thursday and Friday, December 29 and 30.

‘I’m thrilled to be joining the amazing stable of talent, in front and behind the camera, on Good Morning Britain,’ Gordon said.

‘So many of the issues facing the country right now are close to home and I’m relishing the chance to join the debate.’ 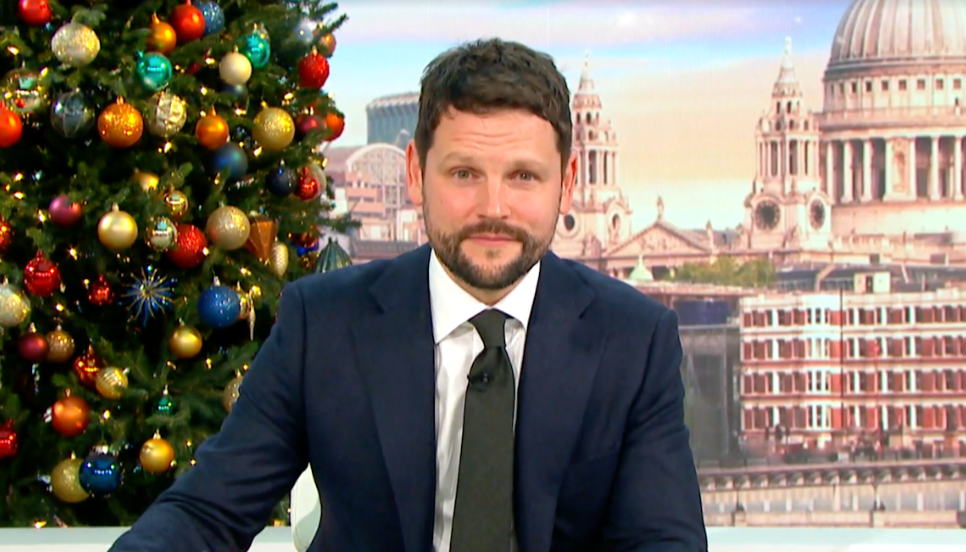 When sharing the news on social media, Gordon added that he was looking forward to making his hosting debut, but that his Dad had offered some interesting advice.

‘Told my dad about the new gig and he said “better get a spray tan, son.” Good,’ he shared.

Gordon, 42, was previously the youngest editor of The Sun’s Bizarre Showbiz column when he was just 26 years old, and was later appointed the editor of The Scottish Sun, before becoming Deputy Editor of the National Edition in 2016.

He has also regularly hosted afternoon shows on talkSPORT and BBC Radio Scotland, as well as his own evening show on Radio X and Weekend Breakfast on BBC Radio 5 Live.

Regular presenters Kate, Ben and Susanna, as well as Richard Madeley and Martin Lewis will all return in the New Year.

While Kate is continuing to care for her husband Derek Draper, who has faced various health issues triggered by Covid nearly three years ago, she did her best to get into the Christmas spirit during her time off, but overestimated her abilities earlier this month.

After a mission to find the perfect tree for her family, which also includes their kids Darcey, 16, and Billy, 13, Kate revealed it had been an ambitious task after the six foot tree struggled to make it into her car.

However, she was assisted by ‘five exasperated shop workers, four helpful neighbours, three frazzled parents and two over excited kids’.

Good Morning Britain airs weekdays from 6am on ITV.